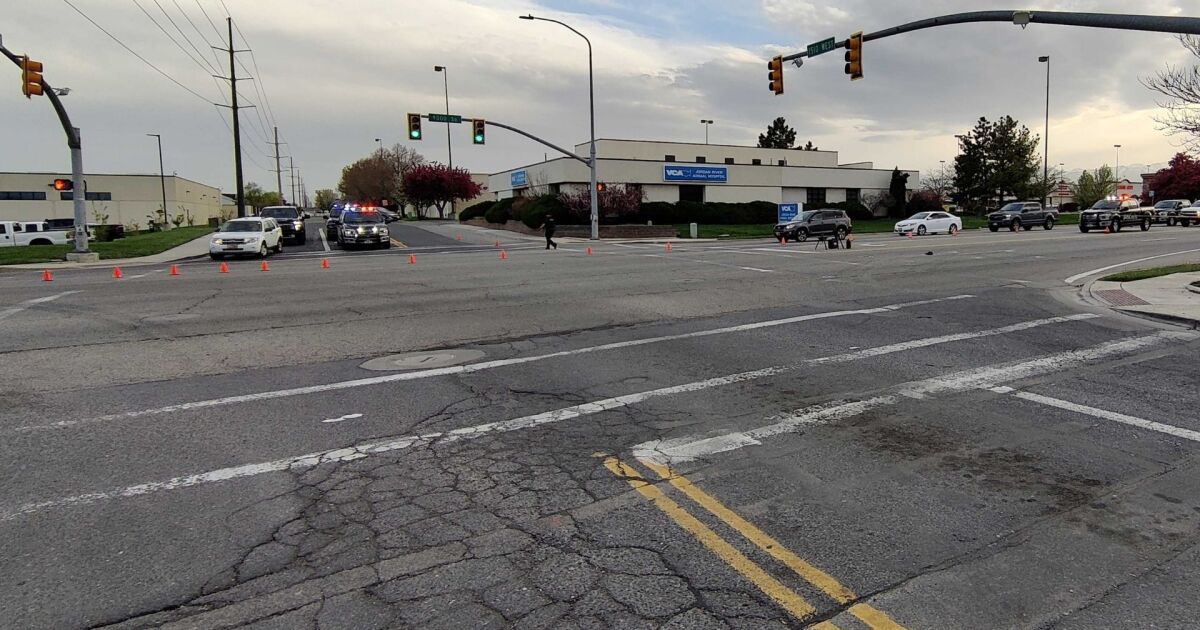 WEST JORDAN, Utah – A driver who hit and killed a boy on a bicycle Tuesday night in West Jordan has been arrested.

The fatal hit and run happened around 6 p.m. at 1510 W. 9000 South, according to the West Jordan Police Department.

The 13-year-old boy was crossing 9000 South on a crosswalk marked with a signal, witnesses said. A pickup truck hit the boy as he turned right from southbound 1510 west to westbound 9000 south. The driver then turned around and headed south on 1510 West.

Witnesses and first responders performed CPR on the victim, who police said was unconscious and not breathing. The boy was then taken to Intermountain Medical Center, where he was pronounced dead.

Later that evening, police found the suspect in Saratoga Springs and arrested him. They said he made no attempt to surrender and was located based on information provided by witnesses.

“We would like to thank all witnesses in this case as our officers have located the suspect and arrested him. He is currently being processed and his name will be released once imprisoned,” WJPD wrote in a tweet.

The boy’s family was informed, but his name was not immediately released. His parents said he had cycled to the store to pick up a treat and was on his way home when he was hit by the truck.

“Our hearts are broken for this family who lost their child today,” WJPD officer Samuel Winkler said in a written statement. “We have no words for why anyone would leave another human on the road mortally wounded.”

Anyone with footage of the crash, via dash cams or security cameras, is asked to call police dispatch at 801-840-4000.