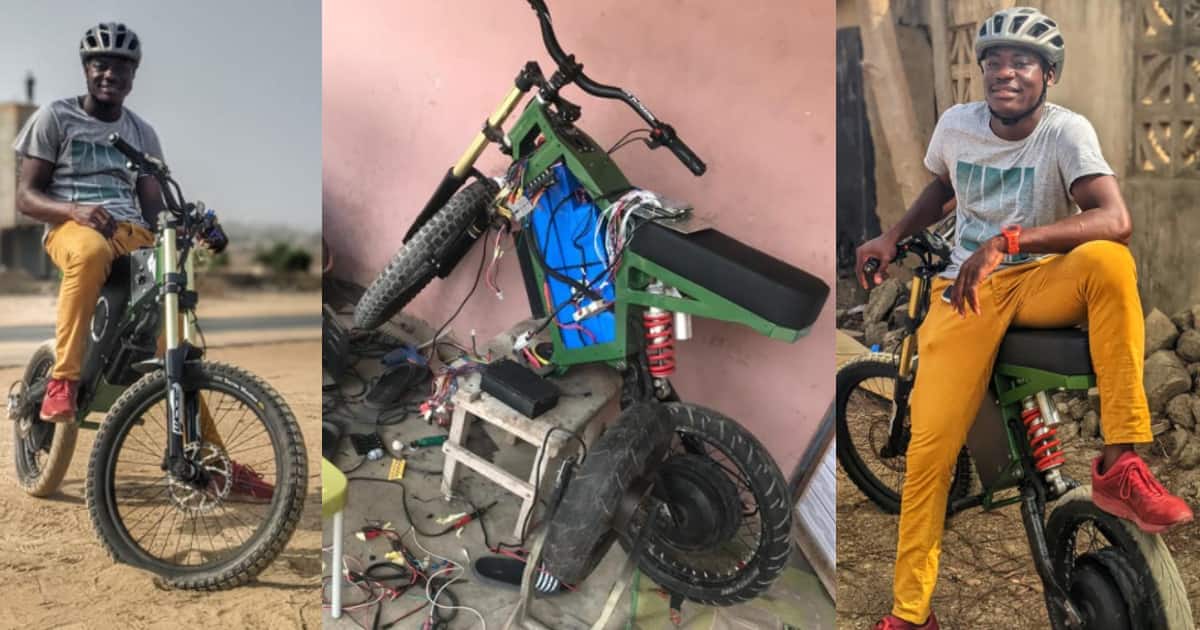 PAY ATTENTION: Click “See First” under the “Next” tab to see Briefly News on your News Feed!

In his garage at his home, young professional cyclist Lawrence Adjei has built custom e-bikes powered from the ground up with recycled used laptop batteries.

Apart from the fork, headset, key and a few body parts, the Ghanaian innovator built the custom frame, wheels, external battery that helps run the bikes himself.

Even though he has no welding expertise, Adjei assembled and fused the other components together with a machine to complete his bikes. He then starts spraying the electric bikes to give a bright and colorful touch to the machines.

In an interview on Was here some with Nänä Teä, seen on YouTube, Adjei demonstrated how he built the batteries using recycled used laptop batteries. He added that he would test the batteries with a machine before powering the bikes with them.

Explaining the battery capacity that helps power the bikes, he said:

“This battery here is a 72-volt battery with 37 amps per hour, or about 2.7, 2.8 watts,” adding that it will take three hours for the batteries to be fully charged and able to sustain the bike up to 120 km of autonomy. ‘

Along with the rechargeable batteries, other features of the e-bike include a regenerative braking system (RBS), reverse gear, three “voice” switches, a battery indicator and is fully programmable via Bluetooth, among others.

Adjei said he was working on attaching ports to the bike to allow users to charge phones for their use. 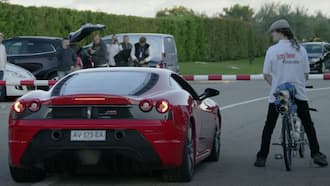 In brief News previously reported that when Godwin Agyapong decided to venture into the tech industry, he was unemployed with little to no idea how he would fund his business idea in reality.

But that hasn’t deterred him from pursuing his goal of launching a high-quality delivery and pick-up system, known as LocQar.

Agyapong had returned to Ghana from the United States with a degree from California State University, where he had studied communication and a minor in international business.

Before moving to the United States to study, he had received his basic, primary and secondary education in his native country, Ghana.