A look back: Race at the Tour of California – Professional road cycling at the highest level – Cycling West 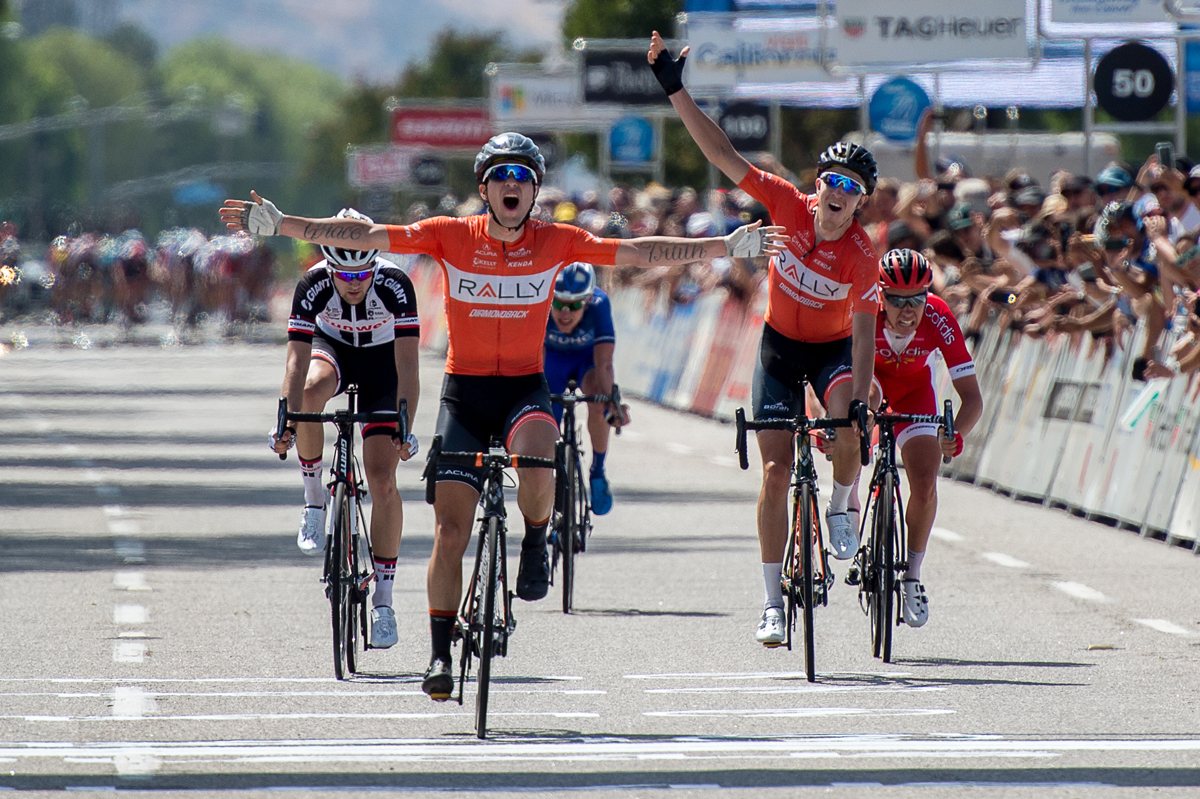 A look back: Race at the Tour of California – Professional road cycling at the highest level – Cycling West

By Dave Richards — Have you ever wondered what it’s like to race a bike alongside the best racers in the sport? You’ve probably seen a stage or two of the Tour de France on TV watching the riders suffer steep climbs or bump and jostle while sprinting at 40 mph down the Champs-d’Elysées. As a race photographer, I get the best seat in the house – flying alongside the peloton on the back of a motorbike to take pictures. I spent May 13-20, 2017 after the Amgen Tour of California watching top-level racing, up close and personal. Here is what I found.

The men’s Amgen Tour of California (AToC) race has been elevated to the World Tour schedule this year. According to Wikipedia “The UCI World Tour is the first annual elite men’s road cycling tour, located above the various UCI regional continental circuits. It refers to both the 28-event tour and an annual ranking system based on the performance of those. The 18 UCI World Tour men’s teams are the best of the best; teams like Sky, BMC, Astana, Cannondale-Drapac among others. 15 of the 18 World Tour teams have competed at AToC along with several Pro Continental and lower level Continental teams such as United Healthcare and Rally Cycling.

To understand the difference between the different team levels, I spoke with Rally Cycling veteran Danny Pate. Danny raced extensively in Europe for 15 years, including for Team Sky, one of the top teams in the World Tour. As such, Danny has seen everything from local club races in the USA to big events in Europe like the Tour de France. Danny compared World Tour, Pro Continental and Continental racing teams to Major League Baseball, Triple A and Double A. He said that as you progress from Continental to World Tour, teams have more support and more budget. “The only difference is some races they actually play together.” In reference to AToC, “you have the three, the first three tiers all running together.”

What’s it like for the smaller teams to compete against these big teams with their multi-million dollar budgets and superstar drivers? I sense a sort of David versus Goliath story here. To get a little insight, I spoke with Phil Southerland, Founder and Director of Pro Continental Team Novo Nordisk. The Novo Nordisk team is unique in that all of its riders have type 1 diabetes. Riders send a strong positive message to their young fans who have this disease that they too can live normal lives and become themselves. even athletes. Asked about going to a World Tour event, Phil said: “When you come to the World Tour, everyone takes it seriously. And all the teams here, there are great opportunities for points, they will all try to score them. This is what drives their durability in the World Tour and the riders’ contracts for next year are points at World Tour races. It really raises the level of competition.

Phil also spoke about the depth of organization at a World Tour race. He mentioned other lower level races that may not have breakfast for riders or control errant cars roaming the course. Referring to World Tour racing “it’s a much more controlled circus. That’s what we are after all, a circus in motion. He said: “California took a slow approach to getting to the World Tour. They made mistakes along the way, but it really is a world class event now.

We talked a bit about budgets and what it’s like to compete against big budget teams. “Sky has a budget of almost $40 million, they can spend money on everything. They can manage and control everything…and you have guys on Rally Cycling, they probably have a budget of 2 to 3 million and Jelly Belly that’s probably under a million dollar budget…these kids, this is their big show for the year. This is their chance to step up. It’s really good to seeing the mix of US national teams have the chance to race with the best in the world.

I would be remiss if I did not mention the women’s edition of AToC. The Women’s World Tour is in its 2nd year and although it does not yet carry the history or depth of the men’s circuit, it signals a rise in talent among women and makes racing exciting. Unfortunately, my time was limited and I was only able to cover the last stage of the women’s race. The race consisted of 4 stages beginning in Lake Tahoe on Thursday May 11 and ending with a criterium race around the State Capitol grounds in Sacramento on Saturday. May 13. The critic was sandwiched between the start and the finish of the men’s stage 1. Crowds were dense around the Capitol grounds as they were treated to both races this Saturday.

Utah was well represented here by the local Visit Dallas DNA Racing Team. Mandy Heintz had a strong solo break on Stage 3 and although caught by the peloton, she won the bravest rider jersey for her efforts.

Back to the men’s race. The race had seven stages this year. I won’t bother with a detailed race report here since that information has been available online and airing on NBC Sports for several weeks now. I will include just a brief summary of the race.

From there the race headed south. The 90-mile Leg 2 started in Modesto heading west and up the steep climb of Mount Hamilton to finish in San Jose. The finish consisted of a long uphill drag where Rafal Majka (Bora-Hansgrohe) beat George Bennett (Team Lotto NL-Jumbo) for the win, taking over the race leader’s yellow jersey.

Leg 3 left Pismo Beach heading inland through farmland to finish at Morro Bay for a total of 120 miles. Again the finish was a long climb overlooking the beautiful coastline of Morro Bay and paid off for Peter Sagan (Bora-Hansgrohe) beating top sprinters Rick Zabel and Alexander Kristoff, both of the team Katusha Alpecin, on line.

Stage 4 presented a beautiful start by the sea in Santa Barbara to finish 99 miles later next to the Six Flags Resort in Santa Clarita. Evan Huffman of the USA-based Rally Cycling team held off with a long breakaway effort to beat the big teams for the win. It’s quite rare to see a small breakaway ride alone in front for so long and not be caught by the peloton, swallowed up and spat out behind. Especially when you are a driver in a continental team. Doubly exciting, Evan’s teammate Rob Britton took 2nd place that day.

Stage 5 was the 78 mile long Queen Stage starting in Ontario. It included the breathtaking descent on the road from Glendorra Ridge in a loop to finish at the top of the steep climb of Mount Baldy. Andrew Talansky ended a long drought for Cannondale-Drapac Pro Cycling by winning this stage.

We moved to Big Bear Lake on Stage 6 for a 15 mile out and back individual time trial around the lake with a unique finish at the pier overlooking beautiful Big Bear Lake. Jonathan Dibben (Team Sky) won the stage, but George Bennett (Team Lotto NL-Jumbo) took over the yellow jersey from Rafal Majka (Bora-Hansgrohe).

It really turned into a David vs. Goliath story. Two of the seven stages were won by Huffman. Surprisingly, a small, lower-tier continental team managed to eclipse the top World Tour teams twice in a single race. Impressive.