An engineer designs a functional bicycle with two half-wheels 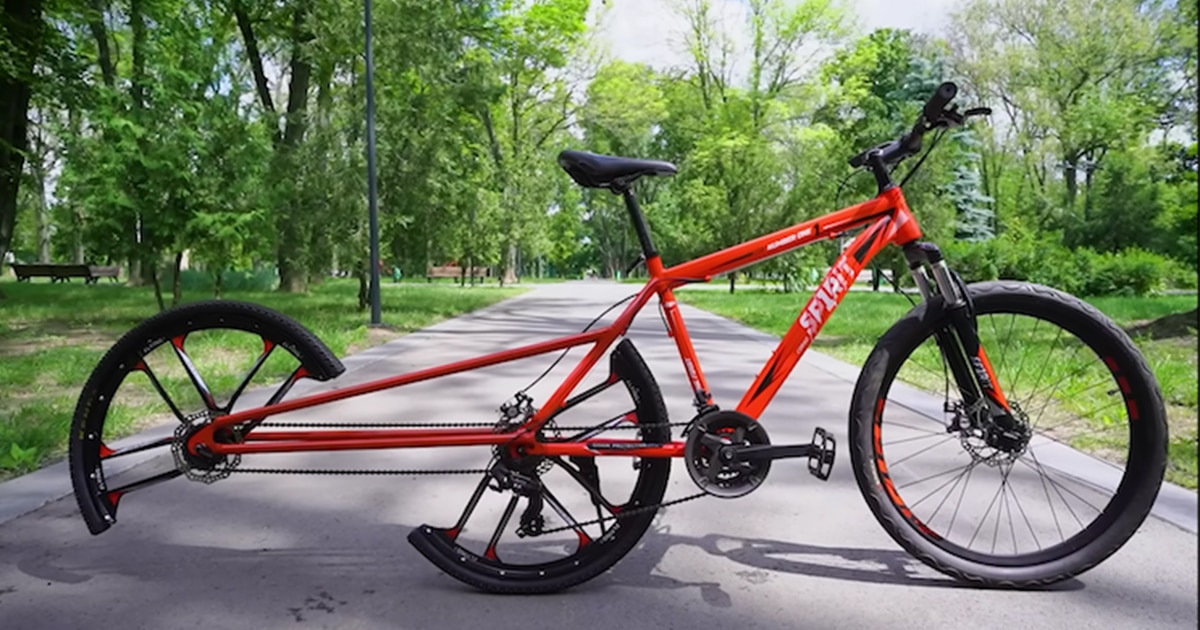 An engineer designs a functional bicycle with two half-wheels

Since their invention, bicycles have been a staple of modern life. And while you may have seen e-bikes and tandem bikes, you probably haven’t seen one with split wheels. An engineer for The Q named Sergii Gordieiev has made a one-of-a-kind, fully functional bike that rolls normally, even though the rear wheel is two separate wheel halves.

In the video, he demonstrates how clever construction helped him build a bespoke bike with an extra long rear end to accommodate a split rear wheel. “This is what regular math looks like: 0.5 + 0.5 = 1 so in velomatics it should work as well,” he says in the video’s description. Although it seems unlikely when he’s on his feet, when Gordieiev takes him for a ride, you’ll be amazed at how he moves.

The key to this invention is the timing of the split wheels. As one tire presses against the pavement in a turn, the other is in the air. So when turning the rubber side up, the other half wheel lands on the ground to maintain balance. What a good idea !

Watch the video below and check out more inventive bikes via The Q’s Youtube channel.

All images via Sergii Gordieiev.

This portable electric motor turns any bike into an e-bike