As in life, riding a bike doesn’t always make sense. But that’s why I love it 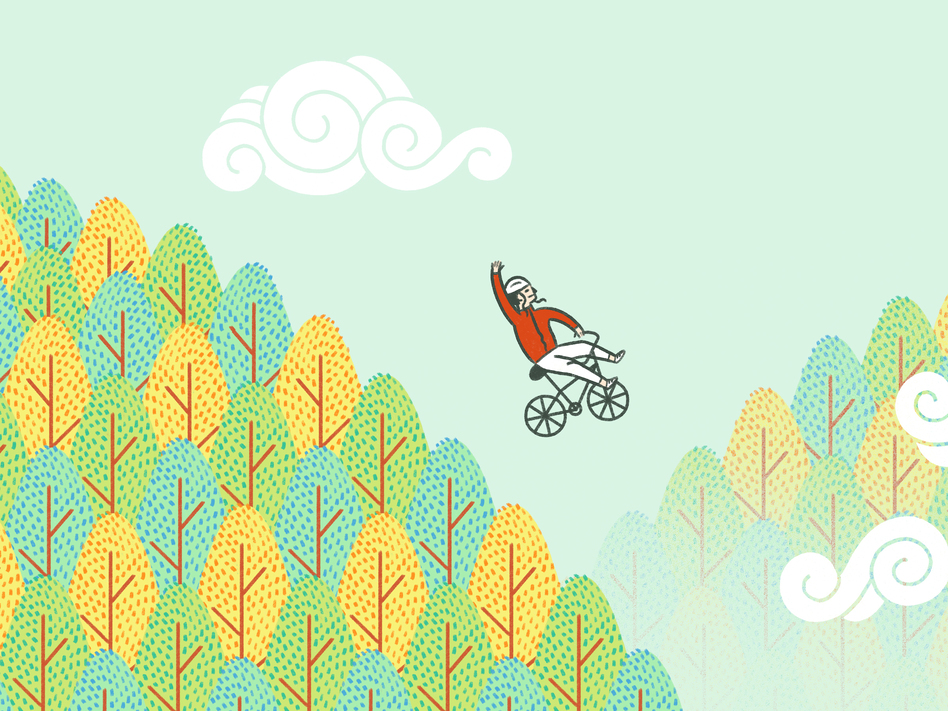 As in life, riding a bike doesn’t always make sense. But that’s why I love it

I make the most and the least sense when I ride a bike.

It’s one of the few things in life that allows you to escape the world, while connecting to it. I love making my way through forests, around lakes, and into small communities I never knew existed.

Along the way, my brain disengages from stress. Life calms down on simple rhythms. The problems seem to evaporate. Add a good podcast or some music, and I’ll be gone for hours.

On a long drive, you start to find new layers of yourself, new bursts of energy. That’s when I feel like my body is incinerating the little stress and toxins I’ve accumulated.

Cycling is especially good for people like me who have long-standing knee problems. I’m missing a pretty big ligament in my left knee – a surgeon removed it on my 1st birthday, along with a tumor that had grown under my kneecap.

It meant I learned to walk in a full cast. One leg became a bit shorter than the other, which made me embarrassed by the special shoes I was wearing. But on a bike, I was like everyone else. And my doctor told me from an early age that riding a bike would build muscle to help hold my knee together.

I was able to do whatever I wanted. But a clamor of “what if” was often in my mind, worried about a serious injury. Perhaps to my detriment, I learned to lower the volume of that noise, to block out what might go wrong.

It’s a good strategy for life – focus on what you want to happen, not what you don’t – but it’s also something I think about when I wonder why I do the things that I have done. And yes, that’s where we get into the less sensitive stuff.

I admit to doing crazy things on my bike. Passing a Camaro – in the left lane – on a steep hill in the dark. Rolling through 8 inches of fresh snow on a 20 mile hill trail. Racing cars around roundabouts. Sprinting downhill, then crossing a wide stream, legs outstretched, hoping for enough speed to carry me over the water.

Somehow, it just seems like crazy things happen on a bicycle, the most impossible of human vehicles. Everything else we use to move has absolute meaning. But for years, scientists actually had no idea how or why a bike really worksat the most basic levels.

My love for cycling started in high school, when I used money from a summer job to buy a Nishiki Century. Then I spent the next summer with my dad, on a loaner Raleigh. I mainly worked at night. My dad worked during the day, so I rode for hours and hours.

By the time I returned to my hometown in South Carolina, I could easily get to and from the airport, climbing long freeway hills and looping around the other side of town to add kilometers. Without realizing it, I had become a cyclist. Within a few years, I was sprawled in the back of a friend’s bike shop, rebuilding a planetary gear hub for a rusty Raleigh DL-1 that I picked up for $5.

To learn more about bikes, I spent hours reading cycling guru Sheldon Brownthen Grant Peterson and John Hein. I watched the Tour de France, this spectacle of suffering. Like many others, I’m a fan of Jens Voigtthe famous german runner says his own legs during a long excruciating drive, “Shut up, legs!”

So far, my legs are holding up well. I put thousands of miles into my pea green Surly Cross-Check and titanium Merlin Extralight. I regularly postponed happy hours in favor of a ride (yes, I was single for a long time). And I adopted this circular logic: you ride to improve your fitness, so you can ride more.

I have come to enjoy small statistical feats. One of my favorites was to leave work and do an 18 mile loop along the Potomac River in Maryland and back down to DC, all within an hour flat.

Later, I started towing my daughters in a bike trailer, and the combined weight of about 100 pounds got me thinking about torque and anaerobic exercise as I climbed the hills. The trailer allows us to be a one-car family, and it’s great for bringing a picnic wherever we want to go.

The idea of ​​being a “serious” cyclist still seems a bit funny to me. After all, riding is fun. And when you ride for fitness, that usually means you’re using a very efficient machine not to get from point A to point B, but just to ride in a loop, with your feet spinning in circles. That doesn’t mean I don’t keep track of my average speed after a long ride or my monthly mileage. These stats are a way for me to compete with myself and stay motivated.

I’m glad the bike helped me stay healthy. But I love that it gives me a place to depressurize. Leaning over my handlebars, I accepted the setbacks and made plans for the future. That’s when I realized I had to propose to my wife. This is where I mourned my mother, after she died of ALS. And now, this is where I think of my own children.

The physics of bicycles may still be a mystery, but many things in life just don’t make sense. And they don’t always have to. You just gotta keep moving.

Bill Chappell is a reporter for NPR’s digital news team.