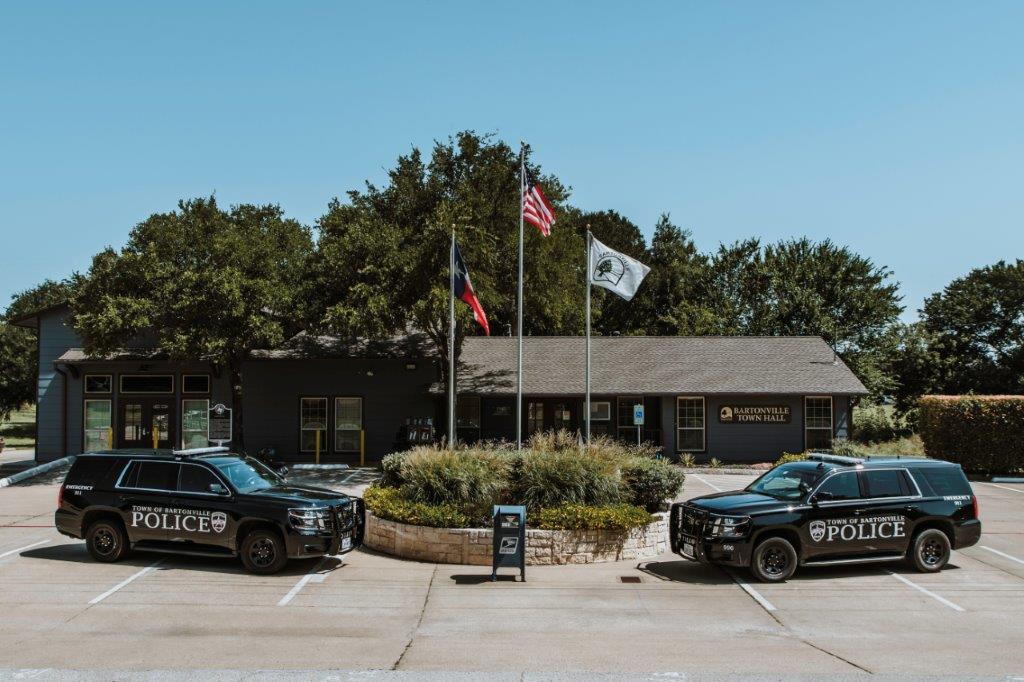 In May, the Bartonville Police Department received 332 calls for service. Twelve resulted in incident reports, 1 arrest and 5 motor vehicle accident reports were collected. We received 614,872 license plate reads from May 21 through June 21 from 14 Flock LPR cameras located throughout the city, none of which are capturing FM 407 traffic. Here are some recent calls from police:

May 6: Officers met a reporting party at an address in Flower Mound regarding a burglary of a motor vehicle. The reporting party claimed while at F45 training in Bartonville that her locked vehicle was broken into and her purse and contents were stolen. A citizen later finds her abandoned purse and returns it to her.

May 9: Officers attended JP 4 court located in Canyon Falls and served a warrant for harassment.

May 17: Officers file a criminal mischief report. The reporting party claimed that he parked his vehicle in a handicap parking spot at the Bartonville Kroger and walked in to do some shopping. Returning to his vehicle, he noticed that it had been damaged by possibly a shopping cart.

May 17: Officers responded to the Lone Star/Valero store located in Bartonville regarding a disruption. Further investigation revealed that the citizen involved had been taken to hospital for mental issues.

May 20: Officers took a theft report. The reporting party claimed that while she was inside 7-11 in Bartonville, her wallet was stolen after she left it near the coffee machine. Officers viewed in-store surveillance video and were unable to observe a suspect.

May 25: Officers responded to block 2600 of FM 407 regarding a hit-and-run. Further investigation revealed that the reporting party’s parked rental car had been damaged by an unknown vehicle.

May 30: Officers responded to Brasher Dr.’s 1100 block regarding a 911 hang up. Further investigation revealed domestic turmoil between family members. No arrests were made.