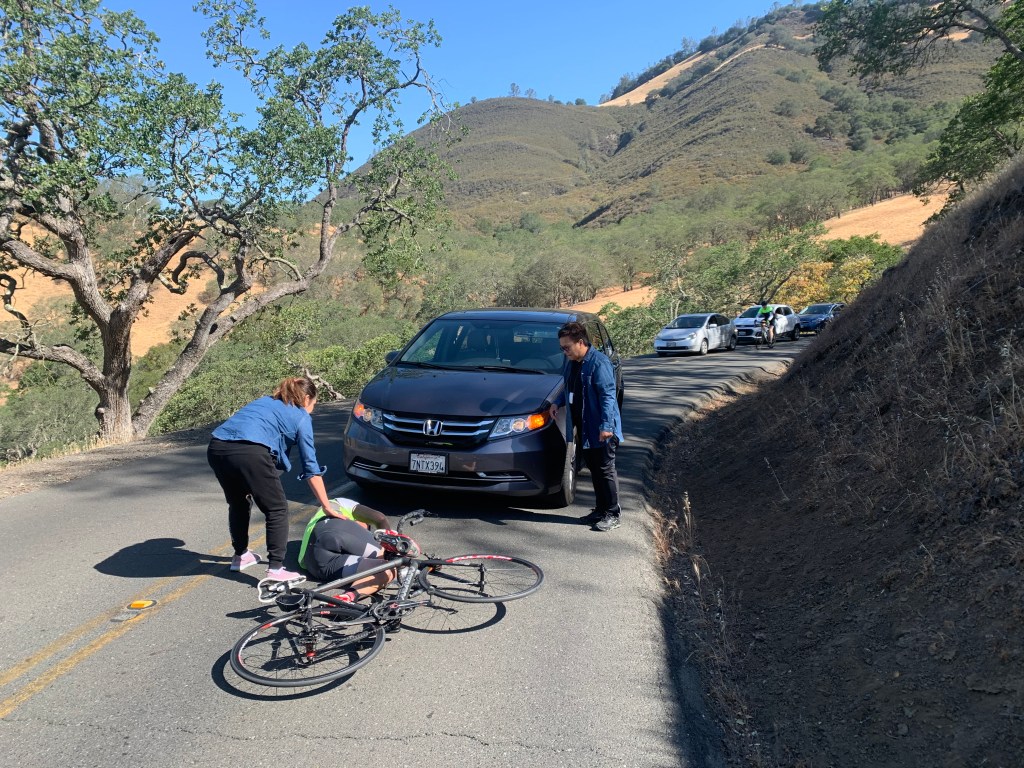 The exhilarating but dangerous experience of cycling up and down Mount Diablo could soon become considerably safer after 70 switches are built along the shoulder of the road, thanks to an infusion of state money.

The $1.5 million set aside in the recently approved state budget will allow the much-needed turnouts to join 17 existing ones on the 11-mile mountain trail, where two vehicular crashes have occurred in recent month.

State Sen. Steve Glazer, D-Orinda, says he pushed for the money after many discussions with longtime cyclists in Contra Costa County over the years.

Although he acknowledged in an interview Thursday that he wasn’t much of a cyclist, Glazer said two people on his team had cycled up Mount Diablo to see the conditions firsthand and attested to the dangers.

Numerous signs along the road warn of potential traffic hazards, and although turnouts are much more expensive to build than erecting signs, Glazer said his staff concluded the investment was necessary.

“You have to say to yourself: ‘Do the conditions justify the additional costs?’ And the answer is a resounding yes,” he said.

Danville resident and lifelong cyclist Alan Kalin is among those who have tried to get lawmakers’ attention for more than a decade, saying turnout lanes are the natural solution for the winding, narrow roads that cars and bikes must otherwise share.

Switches are dug along the outer shoulders of winding sections of roads and marked with lanes, allowing cyclists to steer clear of traffic and the blind spots of motorists. They are usually 80 to 100 feet long.

“I didn’t realize bike entries were unique until I got calls from cyclists all over the state asking for these things,” Kalin said. “They didn’t have any anywhere in California” a decade ago.

In some of his discussions with Glazer about the need for turnouts, Kalin was accompanied by fellow defender Joe Shami, a prolific cyclist who was killed in a bicycle-vehicle crash earlier this year while crossing a roundabout in Lafayette.

Kalin and other defenders obtained traffic records that show there were 16 bicycle-vehicle collisions between 2008 and July 3, 2021 on a portion of South Gate Road, which leads motorists and cyclists down a path spiraling up to the top of Mount Diablo.

All of those crashes happened in blind corners, Kalin said.

In late May, Danville resident Gary Spinella was forced to run over his bike to avoid a head-on collision with a Honda pickup truck that had swung into his lane as he was traveling uphill on South Gate Road. Spinella was left with six broken ribs, as well as an injured hand and shoulder.

Although not a blind curve collision, it illustrates what Spinella calls a widespread problem of motorists being unaware that they are sharing the road with bicycles.

“There are always cars trying to overtake cyclists,” Spinella said in an interview. “Hopefully these participations should put us in a better position.”

Advocates say Contra Costa County’s cycling community has grown steadily over the past two years, especially as the coronavirus pandemic has prompted residents to seek out outdoor activities. And despite its dangers, Mount Diablo remains a very popular place to ride.

In October, the Dublin-based Valley Spokesmen Bicycle Club will host the Mount Diablo Challenge – an event challenging the public to endure the 11-mile bike ride to the summit.

“It’s definitely one of my favorite places to ride,” said club co-chairman and fellow local cycling advocate Mark Dedon. “It’s very peaceful and beautiful, and it’s exhilarating to look at everything and get the exercise of going to the top of the mountain.”

Dedon and Kalin, along with the late Shami, all teamed up to earn three starts on the mountain in 2016, through a program funded by California State Parks. Over the next four years, the group secured funding from State Parks for 14 more switches — including four on South Gate Road — that cost about $84,000 to implement.

In this context, the state’s latest contribution of $1.5 million is an unprecedented boost. Kalin and others said it was a fitting way to honor the legacy of the late Shami, who was dubbed “The Legend of Mount Diablo” by colleagues in 2018 after climbing to the top for a 500th straight week. .

“Joe worked so hard to get those turnouts,” Kalin said, his voice cracking with emotion. “These are for him.”