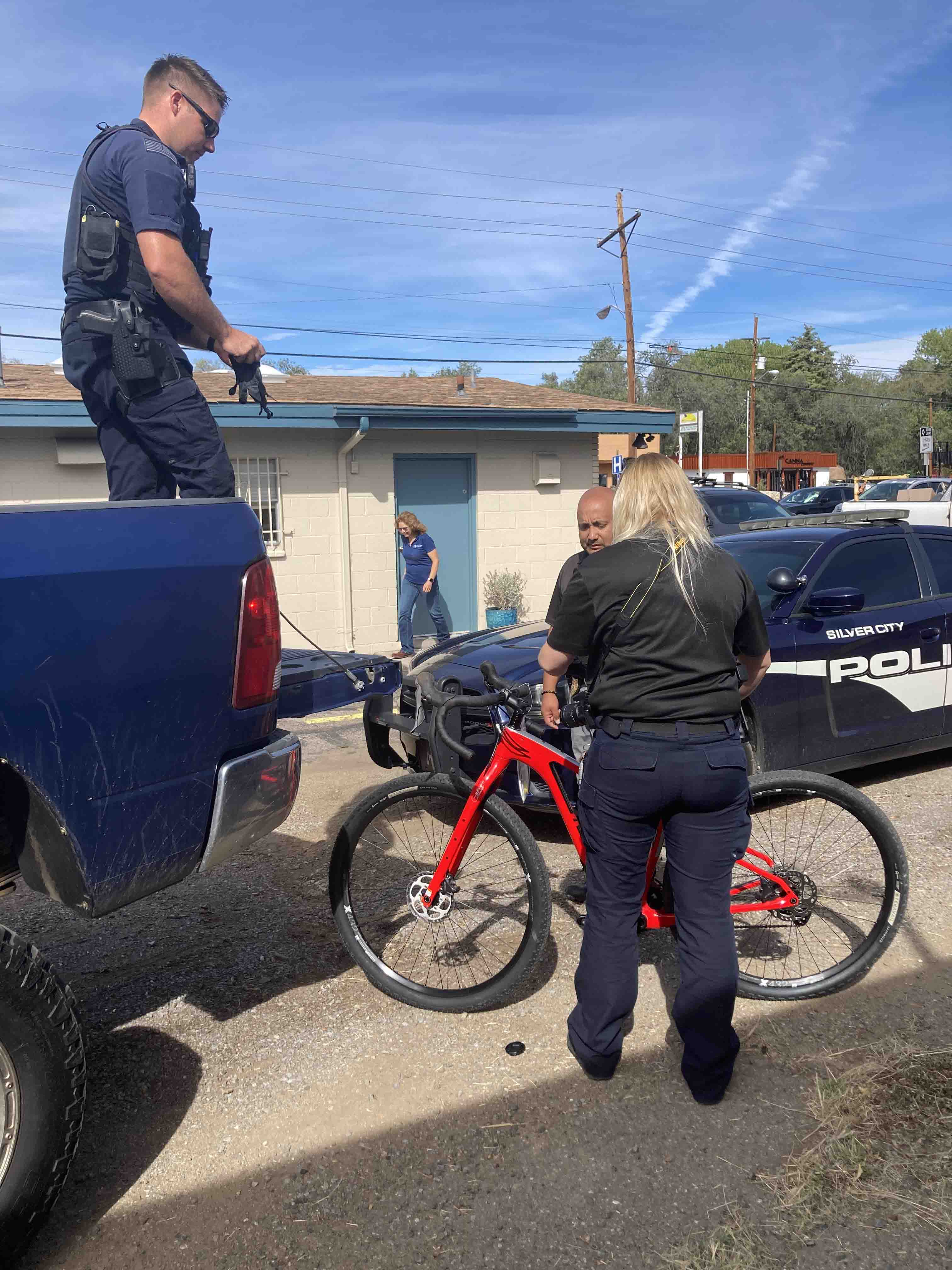 By JO LUTZ
Daily press staff
Early Wednesday morning, Silver City police responded to a property damage complaint at the former Town and Country Garden Club thrift store, 606 N. Bullard St. — the first report of a busy morning capped off by a burglary nearly $19,000 to Gila Hike and Bike, which also included attempted break-ins at Avalon Books and Silver Artifact.
According to the police report, officers first observed the thrift store’s front door glass shattered, the door open, and items strewn across the floor. After another officer made contact with a man known to police from previous incidents, other officers were called and dispersed to search for further damage.
One officer found that Gila Hike and Bike had been broken into and entered, and another found damage to the front doors of Silver Artifact and Avalon.
Later that day, Gila Hike and Bike inventoried their losses – a total of 25 items, including sunglasses, power tools and three bicycles. The total value of known missing items was $18,871.80.
A mountain bike worth $4,600 was recovered Thursday morning by residents who saw it abandoned in the lot behind the Future Forge Makerspace on East College Avenue.
“I’m investigating this case and a series of incidents downtown,” said Silver City Police Detective Mackenzie Spurgeon, lead investigator in the case. “No arrests have been made and no one has been charged.”
Two other bikes are still missing – and according to Martyn Pearson, owner of Gila Hike and Bike, these are the biggest losses, as none of these bikes belonged to the store.
“One was our mechanic’s and the other was a Tour Divide bike that the owner was going to ride from Canada to Mexico.”
This custom $8,000 Salsa Cutthroat was the most valuable loss, which Pearson described as a rare style that looks like a mountain bike and road bike combination. It sports two sets of handlebars and is tan or cream in color. The other bike on the loose is a $3,000 yellow Santa Cruz mountain bike owned by a Gila Hike and Bike employee.
According to Pearson, police recovered several pairs of Oakley sunglasses and cycling gloves from the Big Ditch. Police also discovered several Leatherman multi-tools that the store didn’t even know were missing because they had been removed from their boxes.
“The detective was spectacular,” Pearson said. “I can’t thank her enough for her professionalism.”
Those with information about break-ins or the location of the missing property should contact Central Dispatch at 575-388-8840.