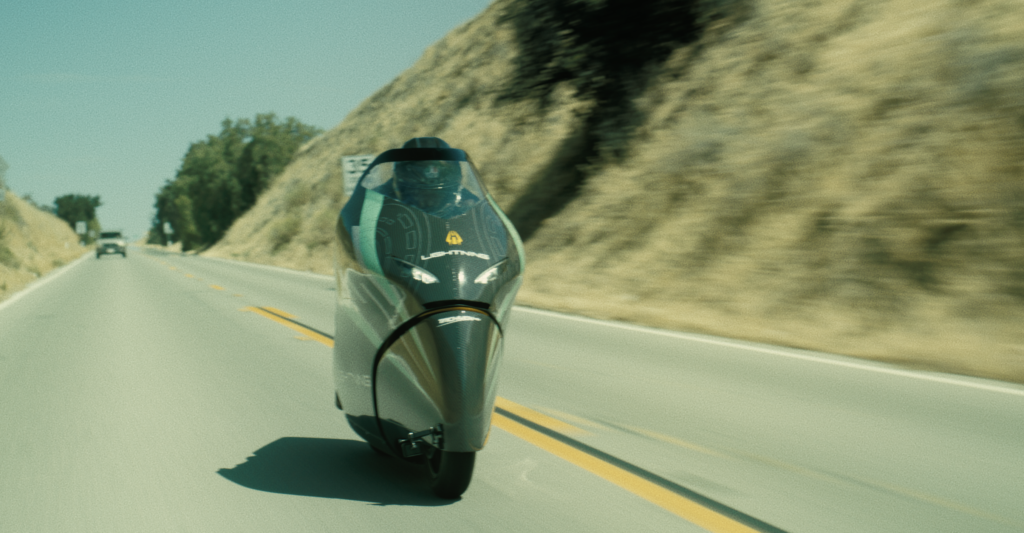 A new all-electric superbike has been developed using revolutionary material in an attempt to make history by breaking the world land speed record at speeds over 250mph.

The electric superbike, called Tachyon Nb, was developed by Lightning Motorcycles, known for its work in the electric mobility and electric motorcycle industry, in partnership with Brazilian company CBMM, a leader in Niobium technology; a key element to reinforce the concept of the new Tachyon Nb.

The name of the Tachyon NB project is derived from a hypothesis developed by scientists in the 1960s of a particle with the potential to exceed the speed of light and reach the moon in less than a second. The Tachyon particle is the source of the speed of this Lightning motorcycle which benefits from the power of Niobium technology and its lightness to achieve an unprecedented level of performance on two wheels.

The project aims to innovate and push the boundaries of high-performance materials in various components of the world’s fastest electric superbike, improve its performance to break the current land speed record and exceed the 250 mph (400 km/h) mark. h).

Further electrification in the two-wheeler industry demands even more reliable and safer materials and technologies. The use of niobium in the mobility industry can lead to many benefits such as weight reduction and greater fuel efficiency, directly contributing to vehicle safety. “This bold partnership serves as a platform to test and validate Niobium technologies that we believe could play a significant role in the mobility segment. For this year’s collaboration, we are implementing niobium-containing brake rotors to improve high-temperature performance, multiple niobium components in the on-board charger that enable the whole system to be more reliable and efficient, and finally steel tubes containing niobium in the swing. arm and frame that allows us to meet the strength and weight requirements of the application,” says Daniel Wright, CBMM engineer and project development manager.

“We are thrilled to announce the Tachyon Nb, our new electric superbike developed to break the current Bonneville land speed record. Innovation is in Lighting’s DNA. This partnership allows both companies to take technology electric vehicles to a new level. Lightning’s vision is to continue to push the boundaries of what’s possible and drive the adoption of electric motorcycles globally,” said Lightning Motorcycles CEO and Founder, Richard Hatfield.

Tachyon Nb will hit the road to surpass the performance of its predecessor, the LS-218. It will go to the Salines de Bonneville where the most technologically advanced and high-performance vehicles have been tested to the limit in the race for land speed records since 1948.