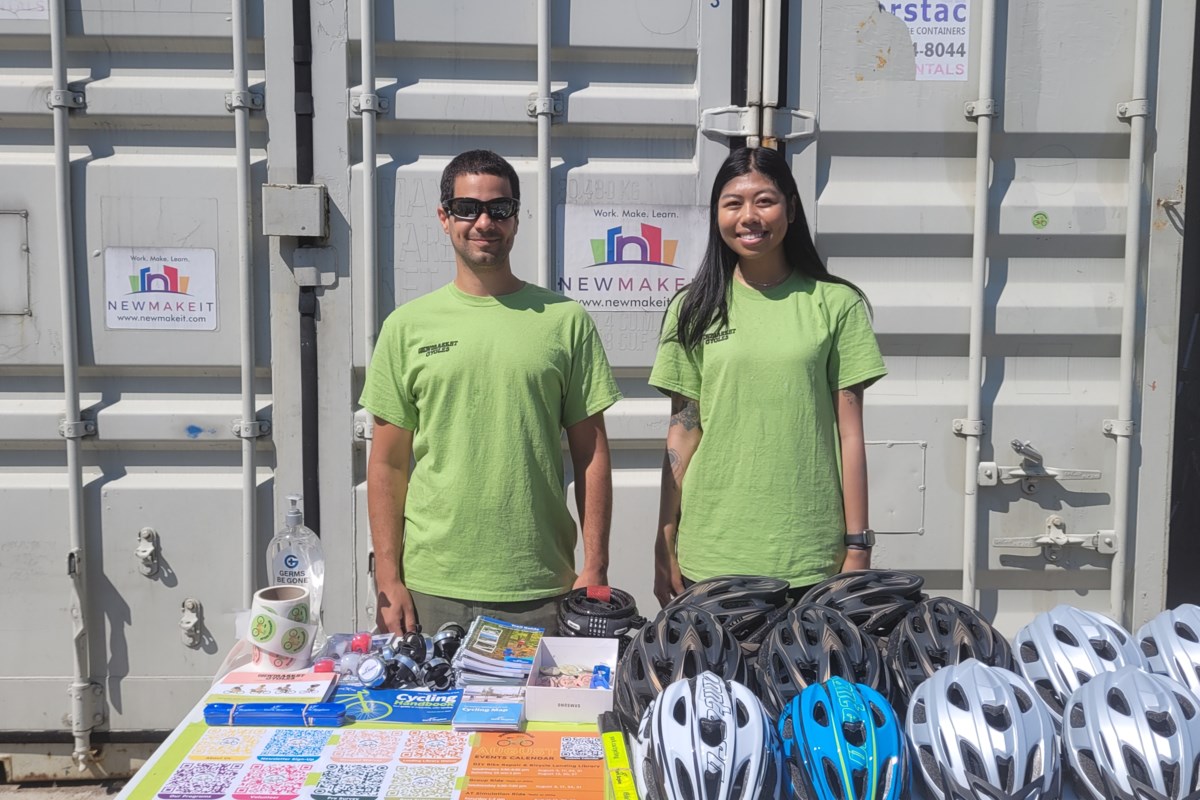 Instead of borrowing books, a new program in partnership with Newmarket Public Library allows residents to borrow a bicycle for two weeks.

Newmarket Cycles is a recently launched community cycling center short of a storage container at NewMakeIt on Timothy Street. A few weeks ago, he launched his bike lending library.

Using a card from the Newmarket Public Library, borrowers can come on a designated day and borrow a bicycle and helmet. Each item has a designated number and the loan is tracked through the user’s card, which must be a full library access card.

There is currently a fleet of 14 bikes available to borrow, including e-bikes, an adult tricycle, two youth bikes and a smaller adult bike. They can be borrowed for a period of two weeks.

“As long as the bikes are there for the miles instead of the dust, then we’re happy,” said Mathew Varela, program coordinator at Newmarket Cycles.

He said that in the future there will also be locks, baby carriers and half-bikes to tow small children.

The loaner cycle scheme has been successfully implemented at their other cycle centers such as Markham, but is new to Newmarket. Already, Varela said, there’s been a lot of interest, especially in e-bikes.

The goal of the program is to get more people to cycle.

“We’re just trying to remove all the barriers to cycling that we can. One of the biggest obstacles we see is financial. So if you can get a really nice bike for two weeks for free, without any dollars, then I think a lot of people will try and hopefully adopt cycling into their lives,” he said.

Newmarket Cycles is not so much about sports cycling as it is about everyday cycling and how it can fit into people’s lives and routines.

“There are hundreds of trips we do that are under five kilometres. If it’s right downstairs, why not cycle? It takes maybe two more minutes, it will be a lot more fun and it’s kind of an adventure in the middle of the day instead of a monotonous ride,” he said.

The free bike program is not the only service offered by the hub. It also organizes do-it-yourself repair days where people can bring their bikes in to make small repairs, get help from on-site volunteers, or learn how to make repairs.

There are also group rides, which Varela says are aimed at “making people more comfortable on the streets with their bikes and having fun at the same time.”

There are occasional rides, which involve riding around the area, or there are racing rides, which simulate a bicycle racing experience, such as getting an ice cream or going to the store, so people can practice locking their bikes or securing their items for the ride.

Varela said the two are family friendly and he often brings his young children and in-laws along.

The next bike loan day is August 13 at 10 a.m. at the Cycling Center, located at 621 Timothy Street.