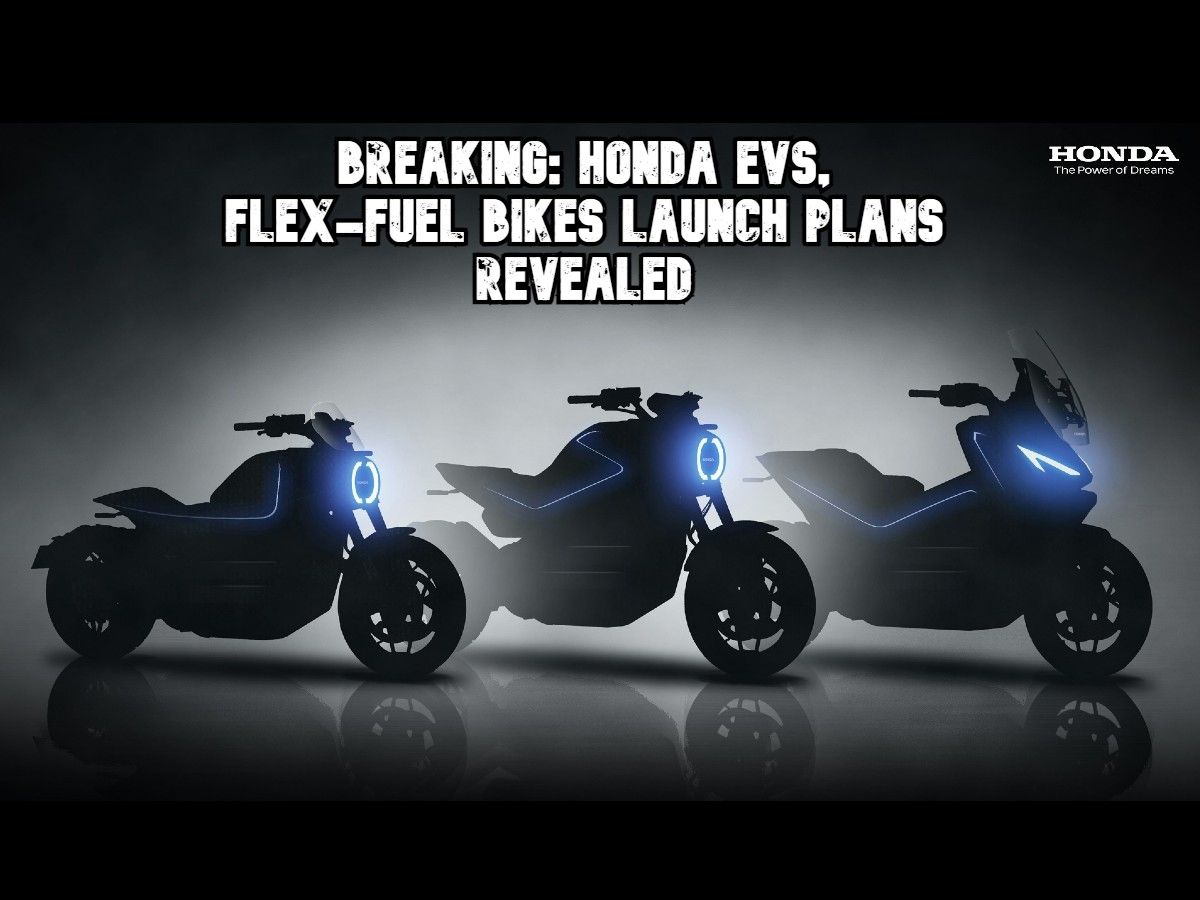 In a bid to achieve its carbon neutral plans by 2050, Honda has unveiled a comprehensive roadmap of its upcoming launches and initiatives with a focus on electrification. There are three main takeaways from this announcement:

Honda will launch two electric vehicles for the Asian, European and Japanese markets by 2024-2025. The company showed a silhouette of two scooters, and one of them looks like the Honda Activa Electric. It will be powered by Honda’s interchangeable battery. In fact, the battery was already seen tests in the Benly E as well as electric rickshaws.

The Honda Activa Electric will be a mainstream offering that will compete with the Bajaj Chetak and TVS iQube Electric (base variant). On the other hand, the silhouette of the scooter on the left shows a sporty product, possibly loaded with technology and intended to take on the Ola S1 Pro, Ather 450X, Simple One and others. Something on the lines of an electric Grazia maybe. Oh, and the company also plans to launch more than 10 electric two-wheeler models globally by 2025, but most of them will be aimed at developed markets.

Honda Brazil already offers E100 compatible two-wheelers (100% ethanol). Taking a leaf from this book, Honda will launch a range of E20-compatible models (80% gasoline blended with 20% ethanol) in 2023, followed by E100 models in 2025. We believe the new air-oil-cooled engine from Honda should be ready for the future with ethanol compatibility. During our exclusive interaction with Jawa, we learned that most modern engines are flex-fuel ready; and that only seals, gaskets and other rubber and plastic parts should be replaced with corrosion-resistant materials. In fact, the Honda CB300R in some markets is already E20 compatible, so it is possible for Honda to update the naked 300cc with flex-fuel compatibility. Expect the 500cc-and-up range to get the same.

In addition to testing its interchangeable batteries in auto rickshaws, Honda also plans to introduce a battery sharing service in India by the end of this year. The company is also working on the standardization of interchangeable batteries with a partner in India. This move is in line with the Indian government’s plans to formulate interoperability standards for swappable battery-powered electric vehicles. Additionally, in March 2022, Honda partnered with Hindustan Petroleum Corporation Limited (HPCL) to set up battery exchange stations across the country at HP pumps.

To top it off, Honda is also working on solid-state batteries for its upcoming electric motorcycles. That said, expect the new batteries to debut in high-end EVs and later mass-market ones. The company is also working to expand its range of electric mopeds and electric bicycles, and is working with the Vietnamese and Thai postal services in their respective markets. Hopefully Honda will be able to apply its knowledge here in India and introduce such affordable EVs here, if there is enough demand.

The future certainly looks very exciting not just for Honda, but for the Indian two-wheeler industry as a whole. Before full electrification, expect flex-fuel two-wheelers to gain momentum, as they don’t require as much technical overhaul as the transition from ICE to electric vehicles. This will be in line with the Indian government’s roadmap for the introduction of E20 engined vehicles from April 2025.