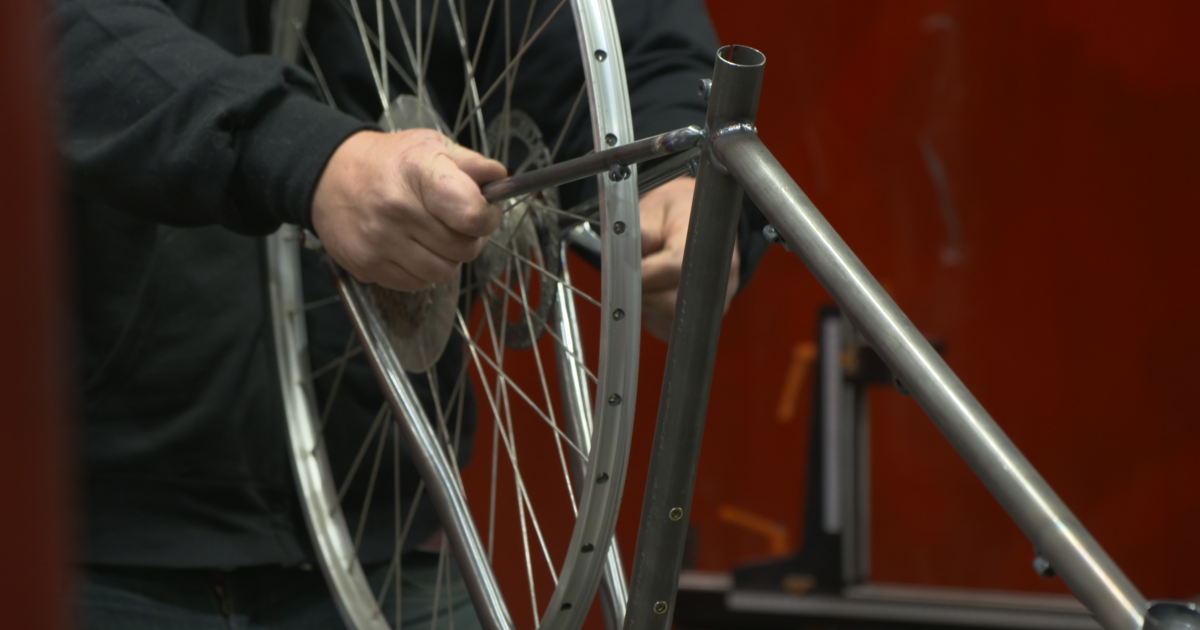 DETROIT, Michigan — Nearly 99 percent of the world’s bicycles are made in Asia. Even when an American company decided to bring manufacturing home, it was more difficult than expected.

“This place has people who know how to craft,” said Zakary Pashak, founder and president of Detroit Bikes. “If there’s one part of the country that can create a place to do that, maybe it’s here.”

Here being Detroit. Pashak hopes that one day the Motor City will also be known for producing pedaling power.

“It’s kind of where my heart is,” Pashak said. “I like the idea of ​​you powering your own vehicle.”

Pashak founded Detroit Bikes 10 years ago with one goal: to get more people riding bikes in his hometown and create jobs in Detroit by building bikes in America.

“It’s really about the American middle class. We need that kind of work here,” Pashak said.

Thirty years ago, companies sent bicycle production mainly to Taiwan and China to cut costs. Then, in 1996, the United States government removed taxes on importing bicycles, giving even more reason for production to stay overseas. President Trump reinstated the tariff, but that hasn’t yet been enough to create a large-scale shift in production.

“When an industry completely leaves the country, it’s really difficult to trigger that backup. It’s not like turning a machine back on,” Pashak said.

Pashak had difficulty finding machines in the United States.

“I now have to go there even to get the machines, so I have this domestic production plant here and my machines are in Mandarin,” Pashak said, showing the writing on his production equipment that he had to. buy in China. .

So, with machinery from China, Detroit Bikes builds bike frames from scratch here in the United States.

“Some decision makers might really believe that people don’t want to do this job in this country, but I think they are wrong,” Pashak. “I think if they came to a city like Detroit, they would find out that it’s a job that people really want, and they’re very proud of that job when they do it.”

“It’s kinda neat, really, you know?” You did it and someone appreciates your work,” said Steve Nelson, who has worked with Detroit Bikes for years.

The team must use overseas parts to assemble the bikes once their American-made frames are complete.

“If I wanted to buy a bicycle tire in America, I couldn’t. America doesn’t make bicycle tires right now, and that’s kind of what makes it difficult,” Pashak said.

The pandemic has further amplified these challenges. Since the start of the pandemic, there has been a shortage of bicycles across the country. The shortage has only gotten worse due to recent supply chain issues.

Still, Pashak hopes change is on the horizon.

“It’s always been a challenge,” Pashak said. “Being the first type of company or person to do something has a lot of limitations. But I think over time that will change.

While that change may take generations, Pashak believes that bringing manufacturing to the United States will leave this nation with not just more success, but more community.

“What we’re trying to do is kind of cut it down and bring back what we can,” Pashak said. “There’s just something really satisfying about knowing that this building has produced an item that’s going to go to someone, and they’re going to cherish it and have that connection.”

If you want to check out the bikes Detroit Bikes makes, including a new e-bike, click HERE.