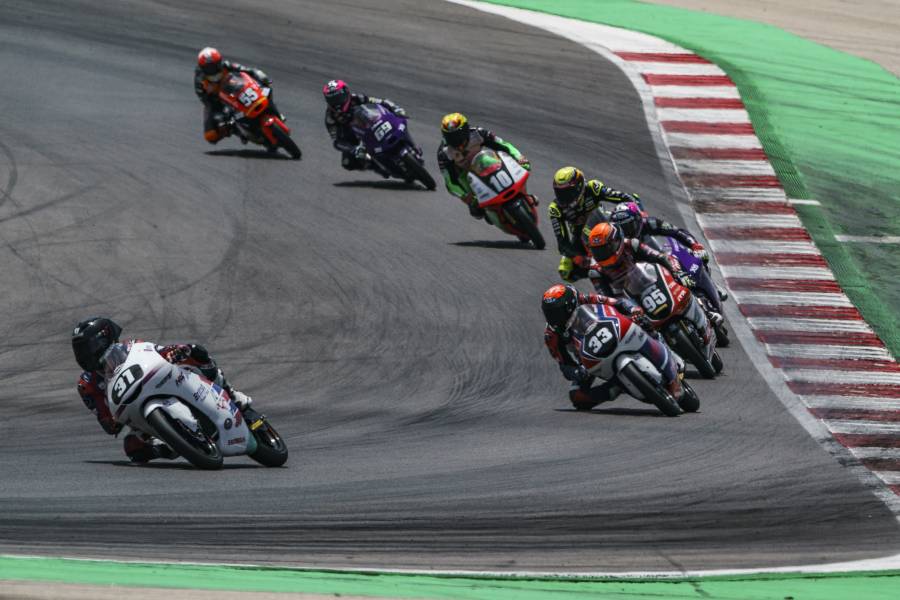 The Autodromo Internacional do Algarve hosted the fifth round of the FIM JuniorGP season this weekend, in which Asia Talent Team riders Tatchakorn Buasri and Arbi Aditama finished 6th and 13th respectively.

Buasri, starting from 8th position, came off the line well, but a fight with other riders took him away from the leading group. After making a mistake and dropping to 14th in the middle of the race, the Thai driver improved in the final laps, eventually recovering to finish seventh, who was eventually given sixth due to a one-time penalty. other driver. He gained points that keep him in the fight for the Top 5 in the general classification

His teammate Arbi Aditama got off to a perfect start from 23rd place, which brought him closer to the Top 10 on the first lap. However, he couldn’t keep pace with those up front. The Indonesian driver would stay consistent, climb nine places and cross the finish line 14th, but was ultimately 13th after the race record.

The next FIM JuniorGP event will take place at the Misano World Circuit Marco Simoncelli, coinciding with the MotoGP World Championship, on September 3.