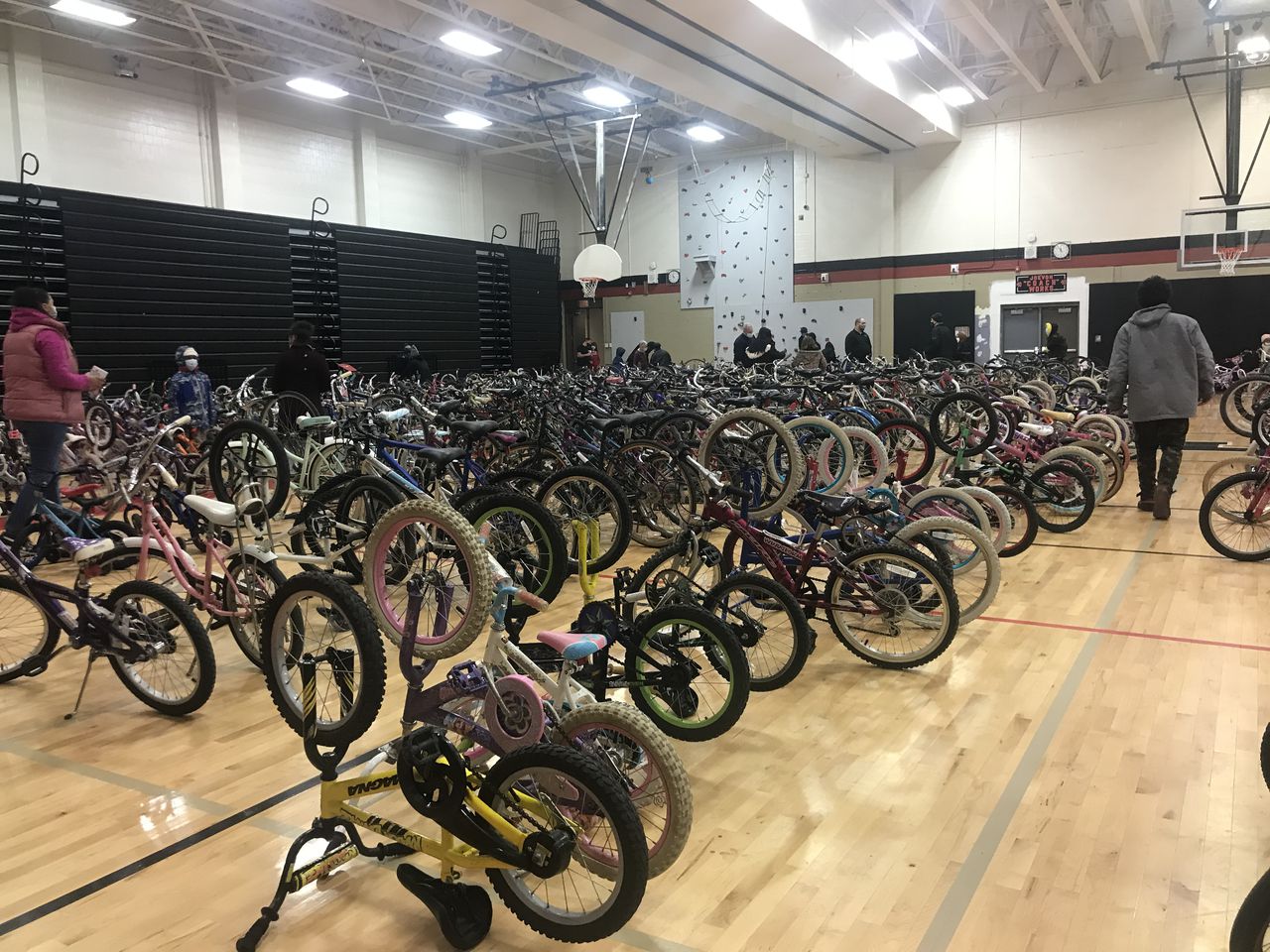 Syracuse, NY – For the 25th year, Central New York Bicycle Giveaway organizers have lined up approximately 2,000 bikes to give away people who need a bike.

The Fowler High School gymnasium was packed Sunday with rows of bikes for all ages. There were bikes of all colors, some with baskets, training wheels and even bikes with cup holders.

John Maloff, the organizer, stood in an eye-catching dark blue hat overseeing the giveaway. Maloff’s love for riding a bike as a child is what started the annual contest. This is now done through the Central New York Bicycle Giveaway Foundation.

“Having a bike is part of growing up in America,” Maloff said.

For the Christmas present, the bikes were either donated or purchased during the year.

Maloff collects bikes all year round and hunts them down at garage sales. He said some recognized him and just gave him the bikes.

All bikes are checked and if repairs are needed, a group of volunteers help. Maloff said that due to rising prices and supply chain shortages, it’s been more difficult for them this year to find the parts they need.

“Prices have doubled,” he said. “It’s been a struggle for the foundation.”

While Covid challenged Maloff and the foundation, it also made him recognize a group of frontline workers.

“I wanted to recognize them because they put their lives on the line,” he said.

About 150 nurses and orderlies, most of whom work in nursing homes, chose bikes, Maloff said.

Maloff, who is a local funeral home manager, said he was also looking to help those affected by the Kentucky storms. He plans to send 500 to 1,000 bikes to Kentucky in the next two to three weeks, he said.

While Maloff gives bikes to hundreds of people each year, he said the giveaways are what keep him going.

“I’ve been battling cancer for five years and this keeps me going,” he said.

Writer Rylee Kirk covers breaking news, crime and public safety. Any advice, an idea for an article, a question or a comment? Reach her at 315-396-5961, on twitter @kirk_rylee, or [email protected].