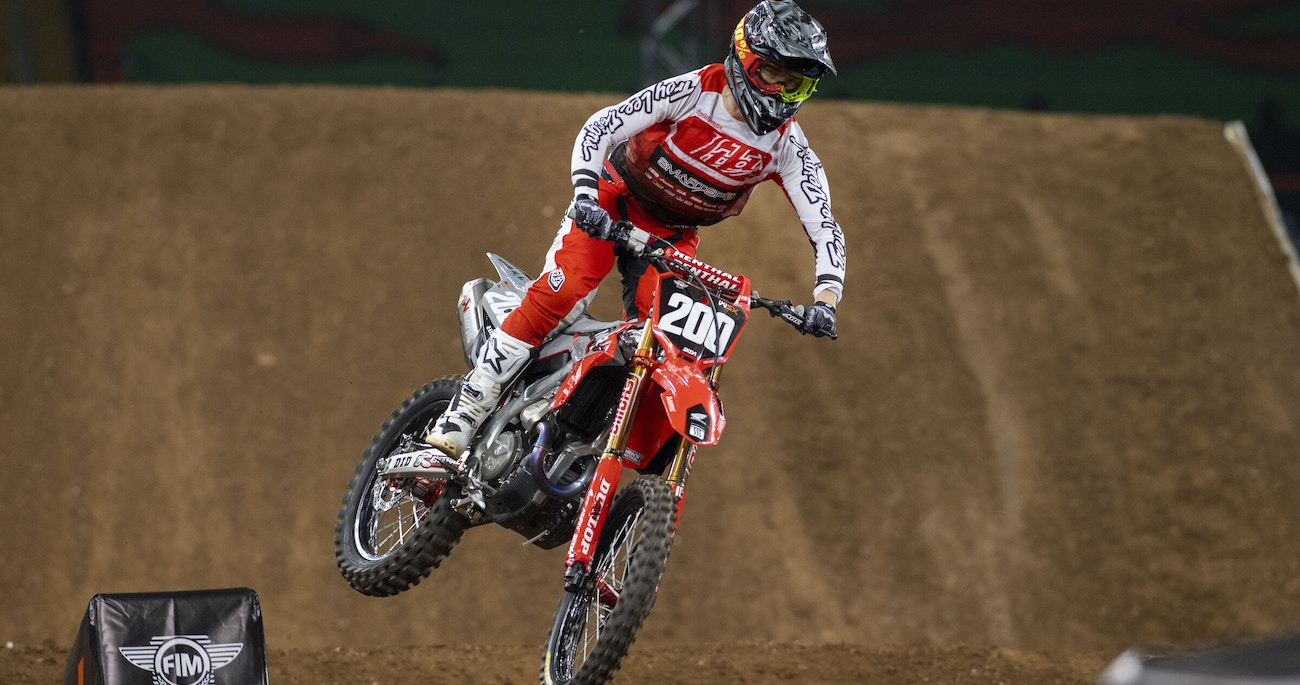 It’s been a while since we’ve seen Cole Seely in action on the track. The former Honda HRC rider retired in 2019 and, like many other people, suddenly found just about any opportunity to evaporate anything in 2020. Well, the veteran has finally had the chance to get back in the saddle and compete this fall in the inaugural season of the FIM Supercross World Championship. He had a little trouble adapting to the format and racing in the 250 class again (he fell in the first corner of the main three in Australia), but he had fun and was pretty positive about of the whole experience when we caught up with him after he returned to the United States.

Racer X: Just give us your opinion on the tracks and the format in general. What you liked, what you didn’t like, what has potential, that sort of thing. And you have to say more than the first round for the things you didn’t like.
Cole Seeley: [Laughs] The general impression is that it is an excellent series. The hospitality is amazing, from the way they treat the riders to the way they treat the teams. They really go out of their way to make everyone happy. As a rider who’s been in this for a long time, it’s really special. It’s really cool to work with the guys behind the scenes and see how they work with my manager, my mechanic and everyone. I think everyone was pretty happy with the way things were handled. There are a lot of moving parts with these things, especially traveling around the world. There’s a lot more to it than just loading up a semi-trailer, which is no small feat in and of itself. Packing it all, shipping it all, making sure everyone is happy, making sure every part gets there, every bike gets there, there’s a lot going on! It was pretty cool to see.

I think they’re going to go through some growing pains, and that’s probably what’s happening right now, with riders not being very happy with the tracks. They were fun tracks to drive, but to race they didn’t really allow for a lot of overtaking, and as we saw in Australia the first corners were a little tight. [Laughs] It’s a learning experience, and just like runners, they learn from every race. I think the guys behind the scenes want to learn and improve. They are also looking for rider and team feedback and having those top two out and with us giving our honest feedback I think that is something they will apply next year. It’s cool. But it was a little tight, and it got the better of me and a few other riders. I would like to see a few more opportunities to pass. I think it was set up more like an arena where you really have to force the pass, as opposed to supercross, where you can be a little more creative and not have to force it. Speed ​​matters more. I felt like I was riding guys who in practice I was a bit faster than me, but they had that racing dynamic where they were ready to saw off the front wheels.

Why do you think they made the tracks and formatted the way they did? Was it to try something different, or to differentiate it from Monster Energy Supercross, or something else? What do you think?
I think it’s a cool format, it’s definitely different. I think they did it like that to keep it exciting. At some point in a normal supercross race it gets a bit monotonous. There are overtakes that happen late in the race, but the majority of overtakes happen in the first six laps or whatever. I think it’s cool and creative to cut the race after this point and get everyone lined up again. I just think the track needs to be better suited for this type of racing. This style of track might be better for longer races, where it tightens everyone up. When you want to see the fast guys coming through the peloton, I think the track has to adapt to that. Can we set up more creative passes and square people up, go into the whoops faster, or hit a rhythm section a little faster. The trails didn’t accommodate it, but it’s a learning experience. They can accept criticism and be able to build better tracks that improve racing.