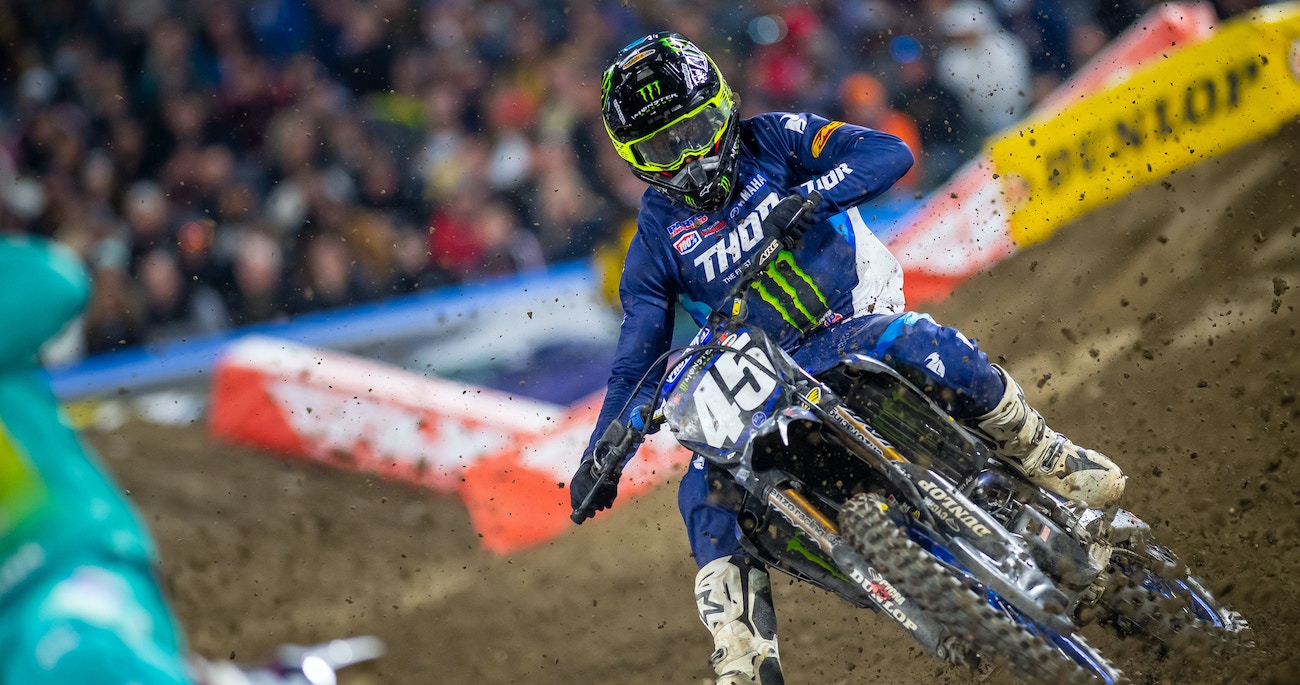 Yes, after winning the 2021 AMA 2021SX East Region Supercross Championship, Monster Energy Yamaha Star Racing rider Colt Nichols entered Season 22 extremely confident and in the best racing form of his six-year career. The Anaheim shunt he suffered put an immediate end to it all. And so, it is now June and Colt is still working diligently to get back into the frenzy that is the Lucas Oil AMA Pro Motocross Championship. Over the weekend we met up with Nichols who was back in Florida. Practicing, testing and now doing the laps on his Yamaha YZ250F, the Oklahoma native was in high spirits, but understandably, determined to get back behind a starting grid.

Racer X: Colt, first and foremost, thank you for taking the time to do this while everyone raced, worked and socialized at the Hangtown Motocross Classic.
Colt Nichols: Oh, you’re good, man. I just relax on the coach. I did my training this morning, so I’m relaxed for the rest of the day now.

You’ve been out of action since the first round of the new season at Angel Stadium in January. Being an injured runner in this sport can be both harsh and cruel because the world of running never stops spinning. Our sport is pretty cruel that way, isn’t it?
Yeah, that’s a bit. I mean that’s just the way sports are in general: out of sight, out of mind, you know? That’s kind of the unfortunate side of it all. When you’re hurt, you’re not seen or heard, and all of that is difficult. People forget about you very quickly and you’re only as good as your last race and mine, unfortunately, ended in an ambulance ride. It was really too bad. Overall, though, I’m doing great now. I started riding about two weeks ago. I’m just trying to remove some rust and trying to slowly pick up the pace of things. It was a very long time without a bike. Five months is the longest I’ve been away from motorcycling in a very long time. So, I take things slowly and try to come back to my rhythm. The team was patient with me and didn’t try to rush me to do anything, so that was good. Yeah, I’m just enjoying the process right now. I just try to get a little better every time we go out and I just like to ride my dirt bike. You know, life is perspective. For me, it was one of those things where there were ups and downs and like you say, we are constantly fighting against that. You know, I had a really, really good off-season before the new season started, so I was pumped heading into the 2022 season. Things just didn’t go the way I wanted. You know, it’s motocross and it’s cruel at times, but at the end of the day, I know my abilities and I’m happy with how I was able to handle it all and try to react and come back. The only thing I can really do is get back on the horse and go. It sucks, but I’m not going to hang my hat on it and be super gross and play the “what if” game. At the end of the day I got injured and missed races and that’s part of the sport. I’m motivated to get back to where I was and I hope I can even go beyond that. I’m moving up to the 450 class next year and it’s exciting and something I look forward to. It will be a fun change of pace to get up there and mix it up with the big boys. Yeah, I’m excited about where I’m at. There’s still a lot of progress to be made and I’m improving day by day and every time I get on the bike it’s exciting to see that. It’s been really fun so far.