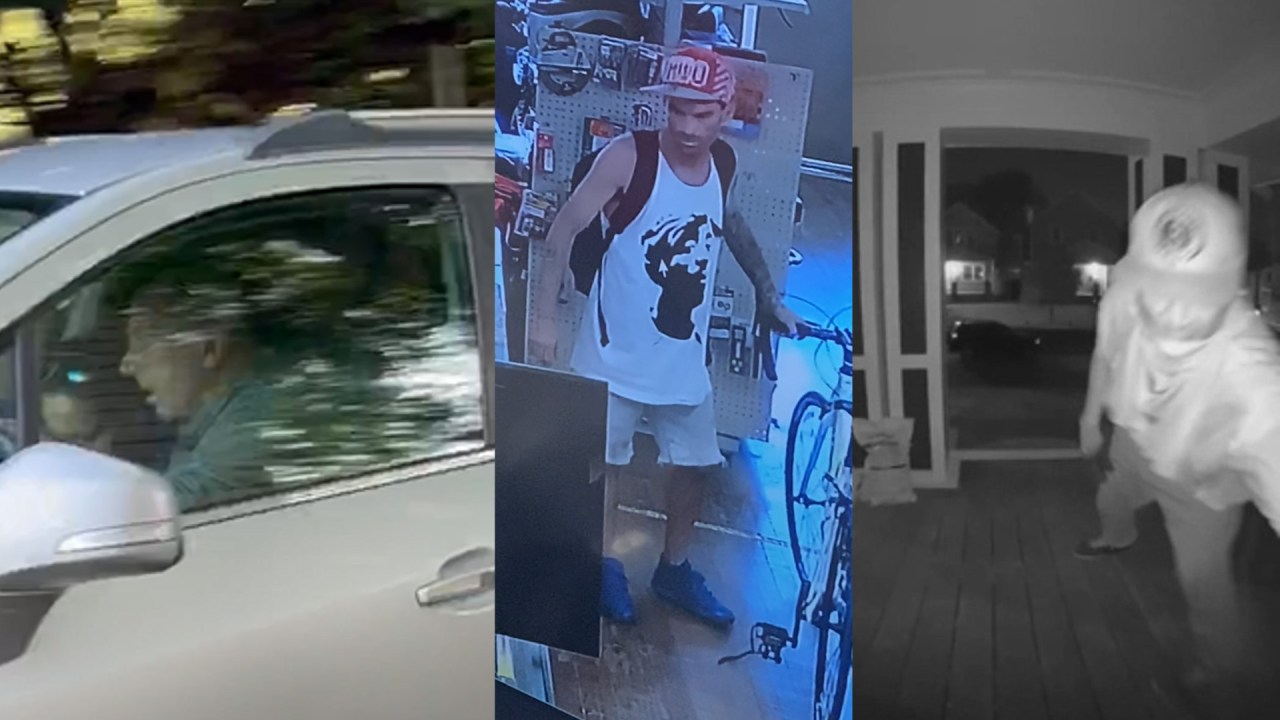 COLUMBUS, Ohio (WCMH) – Columbus police are working to solve a string of unrelated robberies, burglaries and break-ins over the past few months.

Among the incidents are a man who tried to pawn a stolen bicycle, a couple involved in a theft of a catalytic converter and a man who broke into a house under renovation.

On June 13 at approximately 8:12 a.m., a man and woman were reportedly seen in the 900 block of Ebner Street stealing catalytic converters.

A photo of the suspects is below.

House under renovation broken into

Around midnight on June 18, a man was reported to have kicked the front door of an unoccupied home in the 1400 block of Hildreth Avenue, police said.

The man allegedly stole several tools and furniture from inside the house, which was then being renovated.

Video of the suspect breaking down the front door of the house is below.

Attempt to pawn a stolen bike

On July 28 at around 8 a.m., police reported that someone had broken into a detached garage in the 200 block of East Morrill Avenue.

The suspect then attempted to pawn one of the bicycles at a pawn shop in the 1900 block of Parsons Avenue.

A photo of the suspect and one of the bikes is below.