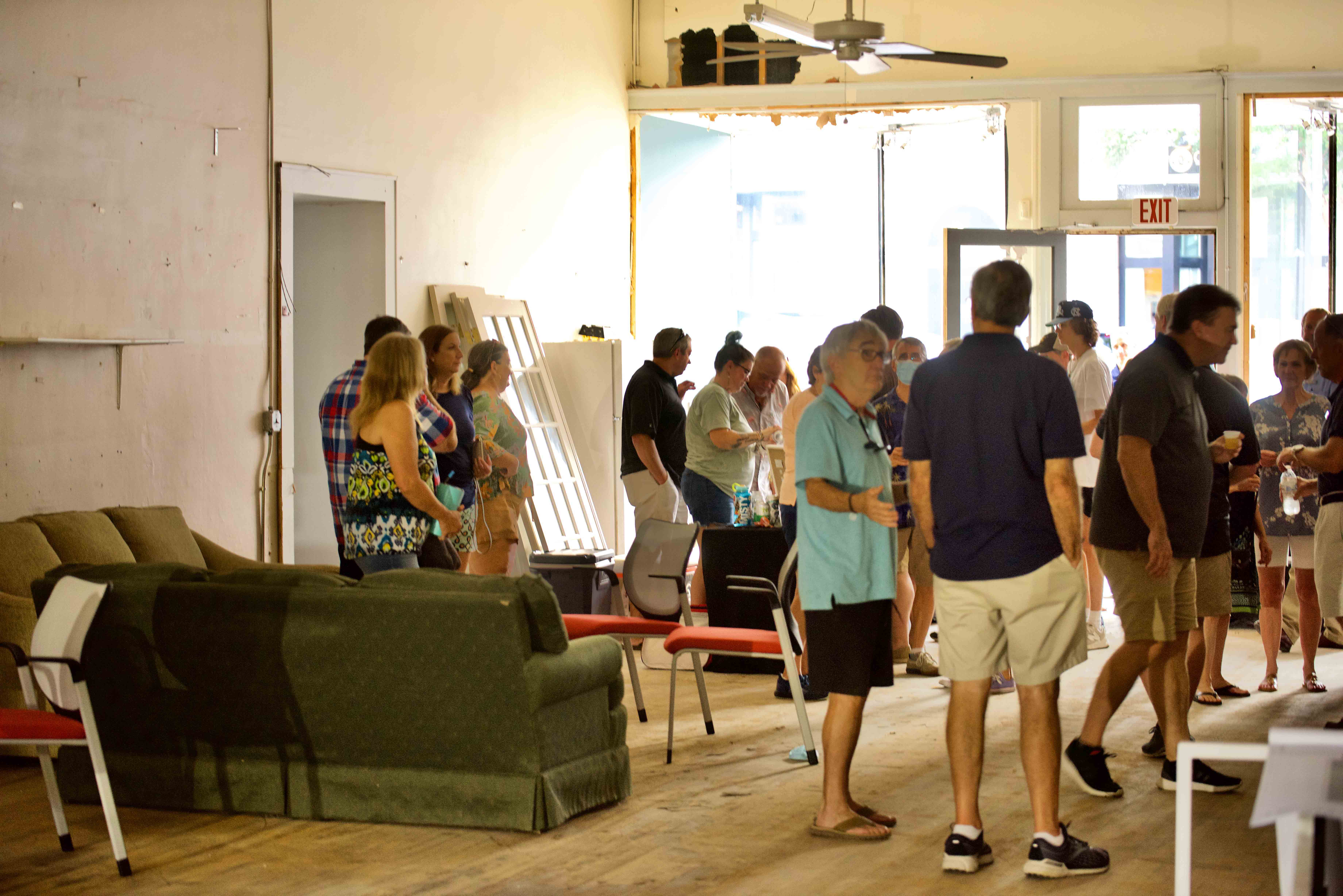 SALISBURY — The building that stands at addresses 121 and 119 on North Main Street has a few iterations under its belt and a new one on the horizon.

The building was opened on Thursday for History on Tap, a program of the Historic Salisbury Foundation which showcases historic commercial buildings with a future ahead of them, and adds beer. Events also include tours and live music.

It was the second of three programs this year. The first was at the Salisbury Building last month, and the latest property is the Bell Block Building, which will be shown on August 25.

Foundation board chairman Steve Cobb said the events are good publicity for the foundation and give people a taste of what will be available.

“It’s really kind of a two-pronged advertisement for us and marketing for the people who are developing these buildings,” Cobb said.

The property has a long line of notable tenants Built in 1860, it later served as the headquarters of the Union Army during the Civil War while Salisbury was occupied. It was sold to. TJ and PP Meroney in 1872. In 1873 the second floor opened as an opera house. It was the first iteration of what would become the Meroney Theater a few blocks down the street. Theater productions from the former property ceased in 1905.

The Salisbury Post then operated from the second floor, but the building soon burned down in 1912. The building was rebuilt with a mix of uses including storage, a bar and a bicycle shop in 1922. In 1953 , the building was occupied by retail businesses. stores.

The building would later house a department store and became the headquarters of Textile Products in 1994, which closed the location earlier that year. The building was purchased by Leah and Shawn Campion with the intention of redeveloping the historic building into apartments on the second floor, two Americans with Disabilities Act accessible apartments at the rear of the first floor, and commercial space at the before.

The Campions own a historic home and were featured in the Post in 2015. Leah is also the former head of marketing for the Historic Salisbury Foundation. She said the building’s history was pieced together from old newspaper reports and Rowan County Public Library sources.

Leah said the couple were lucky to have the building with some of its old features like the ornamental tin ceilings, light fixtures, plaster walls and hardwood floors with historic value.

“We’ll be bringing in a representative from the NC State Historic Preservation Office,” Leah said. “Not only will it help us to get an idea when we apply for tax credits from the state for the project, but it can also help us in terms of knowledge in terms of determining dates on aspects of the building .”

Leah said the era of significance for the building was in the 1890s and the goal is to maintain a feel that will match the building’s history with all the modern conveniences added. She said maintaining historic features can be expensive, but tax credits can be financially worth it. Personally, she said it was worth it for them to keep the building as historic as possible.