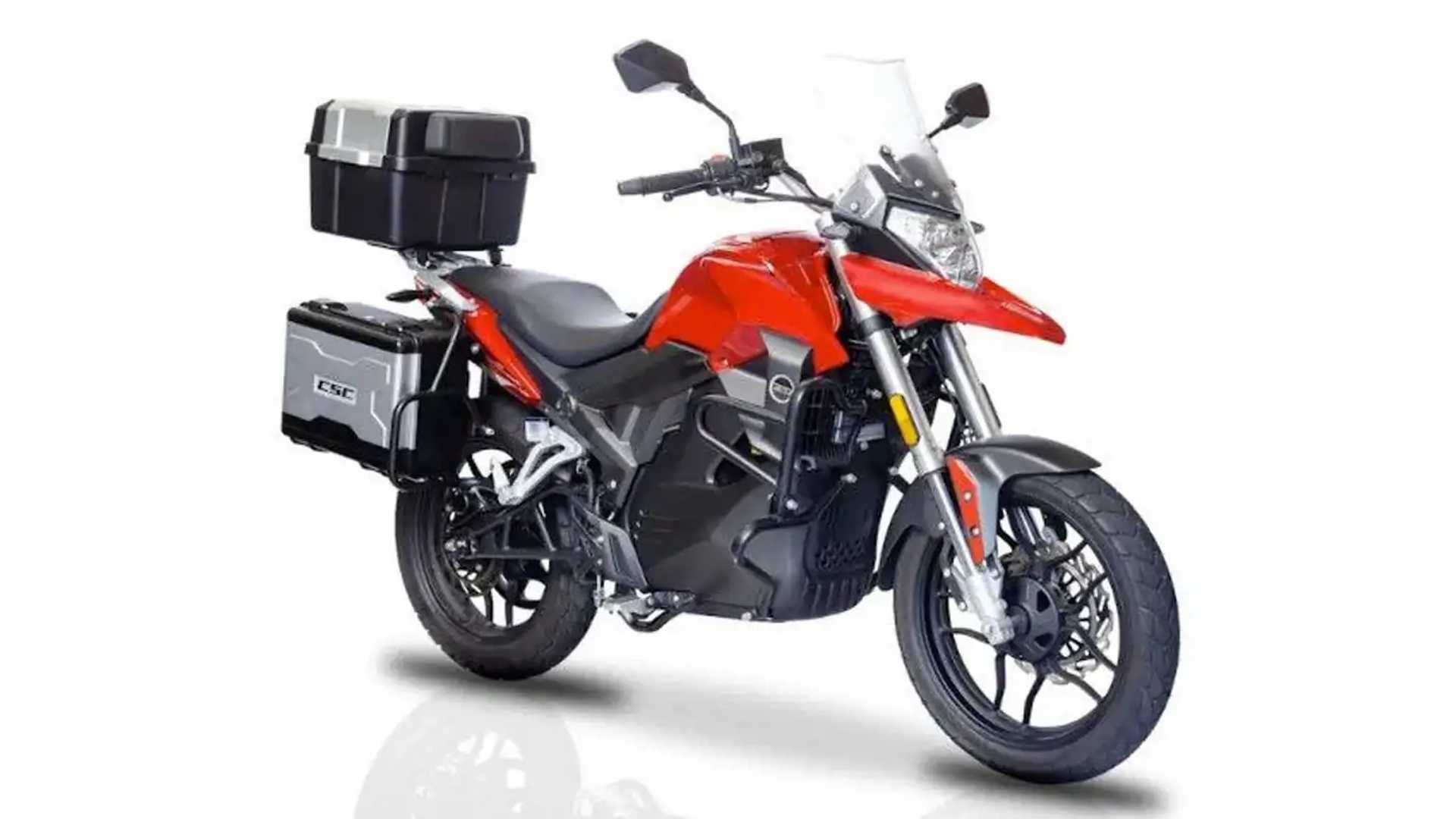 Given the growing popularity of electric motorcycles in Asia and Europe, it’s no surprise that folks in the good ol’ United States are seeing more and more electric motorcycle options popping up in the United States. Sure, the likes of Zero and LiveWire have been in the game for a while now, but they mostly occupy the upper echelons of the e-bike spectrum in terms of price.

That said, what do you do when you want an electric motorcycle that can smash it on the highway, but don’t want to break the bank doing it? Enter the CSC RX1E. CSC is a motorcycle company that has been around for a few years now and operates primarily in the budget-oriented space. Although it is an American brand itself, the company sources its supplies from overseas manufacturers, most of which are from China. The same is likely true with the RX1E, as it offers plenty of performance and convenience for its US$8,495 price tag.

Diving straight into the RX1E, the first thing you’ll notice about the bike is that it kind of feels like a cross between an adventure bike and a sport-tourer. It has the entire high front end, a large windshield and even has a beak to give it an ADV aesthetic. However, you’ll notice it rolls on road tires wrapped around 17-inch alloy wheels. As you move towards the center of the bike it looks quite sporty and kind of reminds me of the Honda NC750X in terms of styling. Meanwhile, in the back, it’s fitted with a set of side panniers and even a top case, suggesting this thing could actually replace your car for some quick errands around town.

Alas, this is where the adventurous aesthetic is abandoned. You see, despite its rugged appearance, the RX1E isn’t designed to be a long-haul tourer like, say, a Zero SR with a Powertank capable of going 223 miles around town on one charge. Instead, CSC claims a much shorter range of 112 miles on a single charge, meaning the RX1E is much better suited for use in and around town. Either way, depending on where you live, it shouldn’t be too difficult to plan long trips with this bike, given the growing ubiquity of charging stations across the country. But yes, you will definitely have to plan your long trips instead of just hitting the highway on a whim.

Now let’s move on to performance. CSC fitted the RX1E with a liquid-cooled electric motor rated at 8 kilowatts, which is 10.7 ponies. However, at full tilt, this electric motor can produce a maximum output of 18 kilowatts, which is equivalent to 24 horsepower, but not that much. That said, the motor has a claimed torque output of 61.2 ft-lbs and can reach a top speed of 80 miles per hour. Plus, CSC claims a zero to sixty-nine second time, about the same as my boring Suzuki Swift.

Performance aside, CSC outfits the RX1E with a bunch of farkles that give it plenty of usability and a premium look and feel. It does, however, look rather dated due to its halogen headlight and semi-analog dash. On top of that it gets a set of panniers and a top case as standard, meaning it should be a walk in the park to haul groceries and luggage, plus your daily essentials, in one tough case. to bad weather. As mentioned, the retail price of the CSC RX1E has been set at $8,495, but those who pre-order now through the link in the sources below can get a $500 discount.