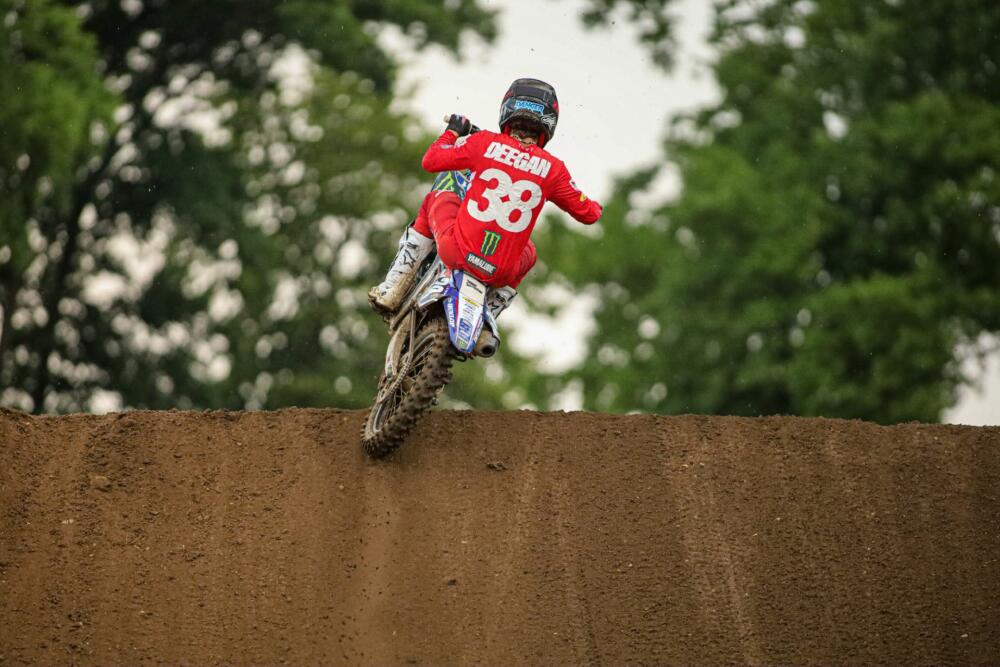 Monster Energy Yamaha Star Racing’s Haiden Deegan will make his pro debut with the 250 team this weekend at Ironman National in Crawfordsville, Indiana. Levi Kitchen and Matt LeBlanc return to action, as does newcomer Guillem Farres, forming a full six-rider lineup during the penultimate round of the Lucas Oil Pro Motocross Championship at Ironman Raceway on Saturday, August 27. Unfortunately, Nick Romano will be sitting out the final laps of the season to focus on getting back to full fitness.

Kitchen is looking to pick up where he left off with a return to the podium. The young rider from Washington took his first moto victory at the start of the season at Thunder Valley and returned to the podium with a second place finish in Moto 2 at Southwick. He still sits 10th in the points standings despite missing the previous four rounds after breaking his wrist in preparation for the Spring Creek National.

LeBlanc also returns this weekend after being sidelined with a broken collarbone following a second motorcycle crash during round six of the championship in Southwick, Massachusetts. With two rounds remaining, the 18-year-old is looking to build on the progress he has made so far in his rookie season.

After a strong debut last weekend at Budds Creek National in Mechanicsville, Maryland, Farres returns with the team for another round. The Spaniard turned a lot of heads with an impressive charge in fifth and crossed the line sixth in moto one. He ended up scoring a top 10 overall in his first race in the United States with moto scores of 6-13.

Romano will sit out the remaining rounds of the season. The New Yorker underwent successful surgery late last week to repair a thumb injury he sustained in training and will focus on getting back to full fitness.

Jason Hendler: “We are back to a full roster for Ironman. Haiden will be joining us this weekend, and we can’t wait to see him get some seat time in the pro class. We’re also happy to have Levi and Matt back. They worked hard to get back to racing before the end of the season, so it’s great to see them again. Guillem will also be with us again this weekend. He made a great debut at Budds Creek, and we can’t wait to see what he can do with a race under his belt. Justin and Nate have been working hard and we are looking to end the season on a high.

Guillem Farres: “Budds Creek was a good race and I had the opportunity to race with the team again at Ironman. We tested some things at The Farm this week and tried to improve with the bike. helped because I haven’t had a lot of time on the bike, and it’s a completely different bike than I was used to. So every day just gets better and better, and I think Ironman should be good. The team is doing a really good job and working hard to make me as comfortable as possible. I go to Ironman with no expectations and to try to ride like me and just have fun.

Get the latest Deegan news below: