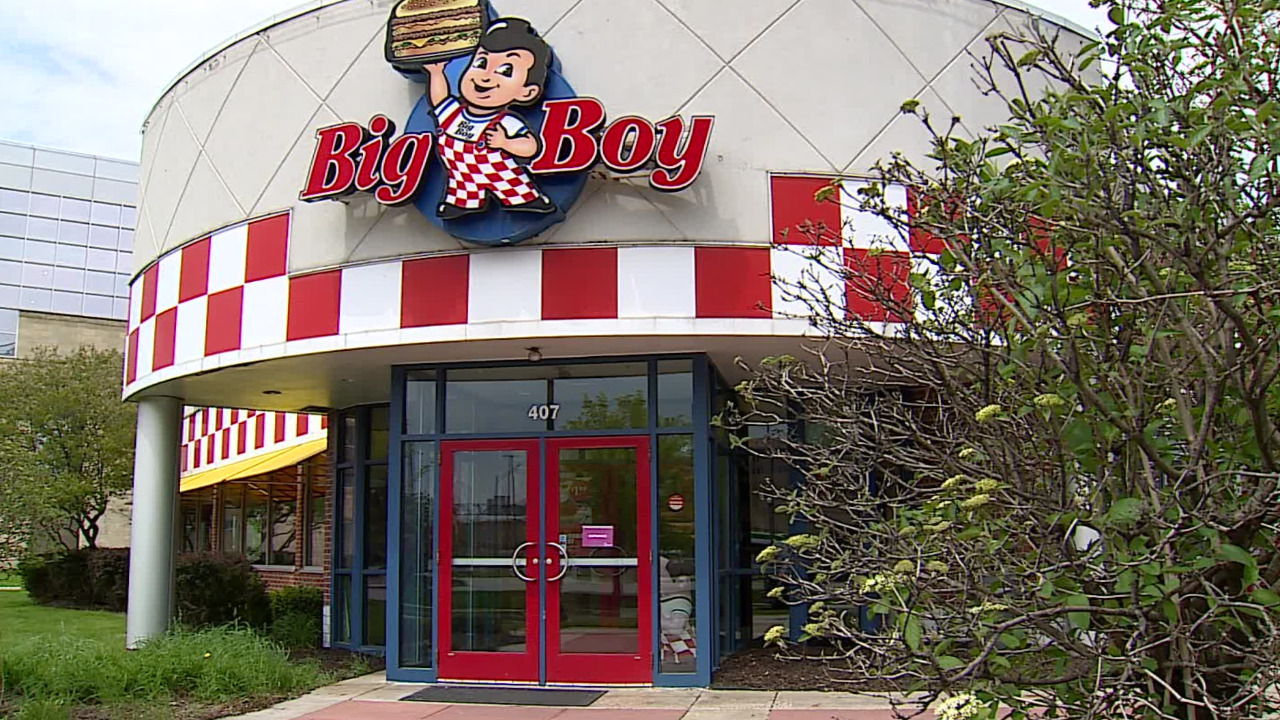 GRAND RAPIDS, Mich. (WOOD) — After serving downtown Grand Rapids for more than half a century, Big Boy’s restaurant may soon be leveled and repurposed as a gas station and convenience store.

It is the proposal of a developer considering buying the site at the northwest corner of Pearl Street and Mount Vernon Avenue NW, just west of US-131.

Kum & Go, LLC is applying for a special land use permit from the Grand Rapids Planning Commission for the potential project at 407 Pearl St. NW. According to planning commission documents, the developer wants to demolish the restaurant and build a 3,968-square-foot 24-hour convenience store that will sell beer and wine. Plans also call for four gas pumps that can service eight vehicles at a time, landscaping, 17 vehicle parking spaces and five bicycle parking spaces.

The Grand Rapids Big Boy Restaurant is still in operation. It is unclear when it would close if the plan were approved.

The original Big Boy was built in 1964. In 2002, it was rebuilt as the design prototype for new Big Boy restaurants nationwide, according to Grand Rapids Press archival articles uncovered by historian of the Grand Rapids Public Library, Tim Gloege.

Nick Pass, a St. Louis, Missouri-based realtor representing the owner, who is also from St. Louis, said the redevelopment has been part of the plans since the restaurant changed hands. City records show DSS Real Estate Holdings LLC purchased the property in 2018 for $1.5 million.

“It’s such a good establishment. There is higher and better utilization there,” he added.

In documents submitted to the city, Kum & Go said the gas station would benefit commuters from nearby city parking lots, businesses, the GVUS campus, YMCA and freeway because it “is highly compatible with the surrounding area as it provides a valuable service not currently available in the area.”

The developer said that, based on discussions with city and nature staff in the area, Kum & Go limited its community outreach to a representative from the nearby YMCA “who indicated that he was fully supportive of the project. “.

However, the planning department’s summary says the police department is concerned that a business selling alcohol could “exacerbate” substance use problems among the transient population, which can also lead to more begging, traffic problems, “disorderly behavior” and illegal camping.

The police department is also concerned about the potential impact on young people drawn to nearby museums and the YMCA, as well as “a general increase in crime with convenience stores/gas stations offering alcohol sales. near highways,” the planning commission said. document status.

The Grand Rapids Planning Commission is expected to vote on the proposed redevelopment at its Thursday meetingwhich opens to the public at 1 p.m.