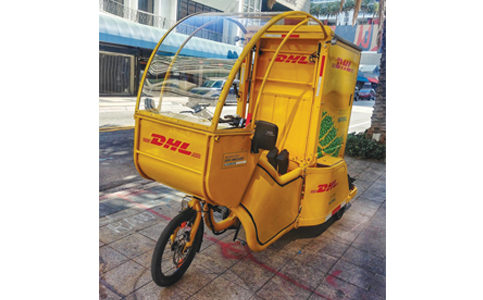 Electric cargo bikes that went live in May 2020 for a one-year pilot program will remain. Downtown Development Authority chairman Manolo Reyes has approved the project with DHL Express, a delivery and courier company.

“The pilot project has been a great success, and I would like to expand it to other companies such as Federal Express,” said Reyes. The aim was to avoid traffic and block downtown roads when businesses had deliveries.

Cargo bikes can pull up to 400 pounds. They are only used to deliver goods, packages and services. To avoid traffic, cargo bikes can be parked in loading areas, or if this parking is not available, they will park in bike parking areas along the sidewalks to unload their cargo. They can park on the street only if they do not block traffic or reduce the width of the sidewalk to less than three feet.

“He got a lot of praise,” Mr. Reyes said. The cargo bike pilot program was limited to downtown Miami, Brickell and the Coral Way corridor, he noted, but “I would like to expand electric cargo bikes to more places because they have done so well succeeded in reducing traffic and congestion”.