Double victory for the Honda HRC team at Thunder Valle… 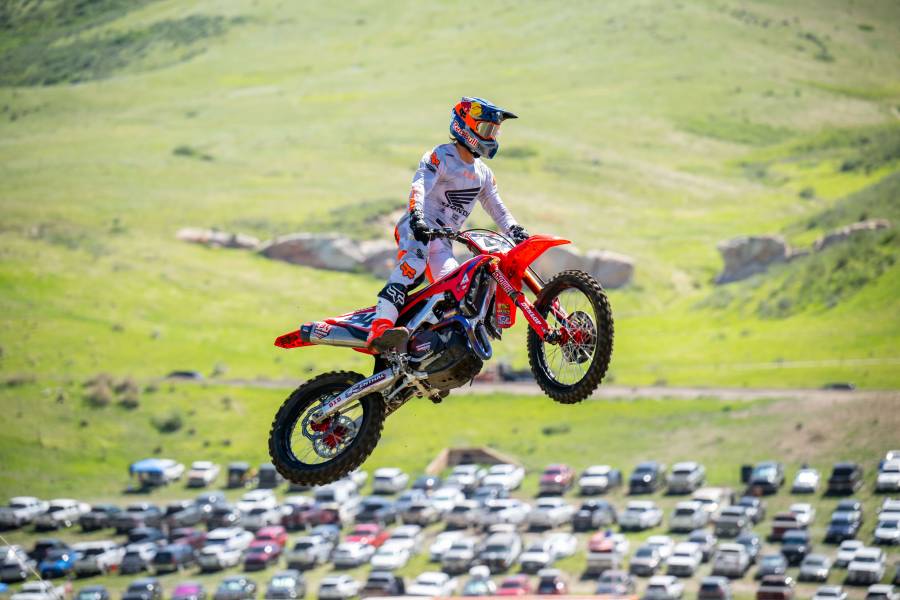 Double victory for the Honda HRC team at Thunder Valle…

Chase Sexton and Hunter Lawrence also picked up overall podiums, and with the season now past the quarter hour mark, the Red Riders continue to hold the top two spots in the points standings in both classes.

The 450 class saw Roczen start well and move quickly to the front, where he raced comfortably until he was passed by Eli Tomac near the end. Sexton ran the first half of the race in fifth before making a pass and finishing fourth. The second moto saw Roczen quickly move into first again and race ahead until he was found and passed by his teammate. Sexton appeared to have a moto victory over when he suffered a knockdown on the final lap, allowing the German to come back for the moto and the overall wins. Although Sexton quickly moved up to second, the change in position was enough for his teammate to take the overall victory, with Sexton third overall.

In the 250 ranks, both Lawrence brothers were still feeling the effects of illness, but Jett made good use of good starts. The first moto saw him finish the first lap in fourth and, a lap later, move up to second, where he stayed for the rest of the moto, while Hunter had to work through the field until the fourth. Hunter took advantage of a long-awaited holeshot in Moto 2, and he stayed comfortably ahead until the finish, while his younger brother raced in an almost lonely second, with some brief scuffles with Justin Cooper. Jett’s consistent 2-2 finishes earned him the overall win, with Hunter one spot behind.