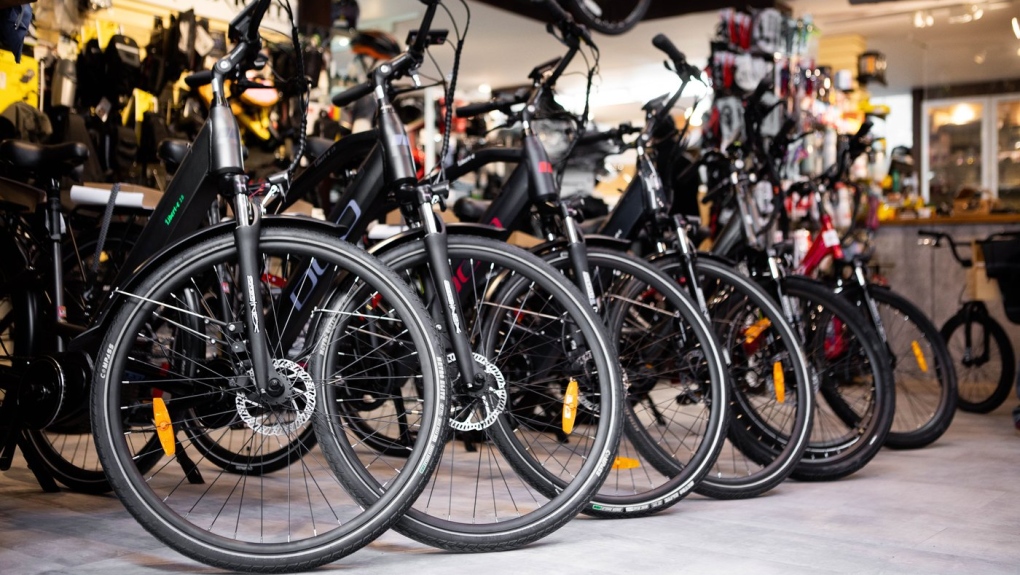 Due to the pandemic, many people are turning to outdoor activities. Among them, electric bikes are becoming a real success everywhere in Quebec.

Owners of bike shops in Saint-Jean-sur-Richelieu have reported seeing a sharp increase in sales of this type of bike.

“Currently, around 80% of the store’s sales are e-bikes. We sell at least three times what we did a few years ago,” said Pascal Deslauriers, owner of Vélozone.

“For us, it’s quite a change in such a short time. From 2018 to 2021, we went from selling 80 electric bikes to around 500. We even had to change the layout of items in the store to give them more space.” noted Maxim Bruneau, co-owner of Cycle LM.

If the pandemic may have helped, the two traders said they had already seen the craze coming for several years, in particular due to a marked increase in sales in Europe.

The use of the electric bicycle for recreational purposes appeals to many people, in particular because of the assistance it offers when traveling. Above all, it allows users to travel longer distances with less fatigue.

“It’s a great opportunity for people who had given up cycling because of their physical condition to get back into the sport. From what I observe, people aged 60 and over are the most likely to buy one because they want to keep moving.” said Patrick Desrosiers, owner of Messier Bicyclettes.

Bruneau also noted that e-bikes appeal to just as many women as men, with the majority being 50 and older.

With prices rising in many areas, especially for gasoline, bike shop owners are also starting to see an increase in customers using e-bikes for transportation.

“I see more and more people using them to get to work instead of a vehicle. It’s more economical, ecological and, thanks to the assistance, you don’t arrive at your destination sweating,” said said Bruneau.

There are several varieties of e-bikes with prices ranging from $900 to around $10,000.

“There are motors that are in the wheel of the bike, which are more affordable. Pedal motors are more expensive, but they allow greater range for those who want to travel more distance,” said Desrosiers.

There are also mountain bikes and even bikes with wider tires for winter riding.

People looking to buy an e-bike had better act quickly, as a shortage of parts is making it difficult for traders to get supplies.

“It’s not easy to manage our inventory. I have a lot of people who have booked a year in advance to have a bike because of missing parts. Now I’m also coming forward to have some in inventory. This year, as soon as the holidays arrived, sales did not stop in anticipation of the summer,” said Deslauriers, who thanked his employees for their efforts.

At Cycle LM, the co-owners have gone ahead to try to fill the shortage.

“We took a certain risk by stocking a lot of products in nine warehouses, but we really see that electric bikes and even regular bikes remain in high demand,” said Bruneau.


– This report by Canada Français / The Local Journalism Initiative was first published in French on April 8, 2022