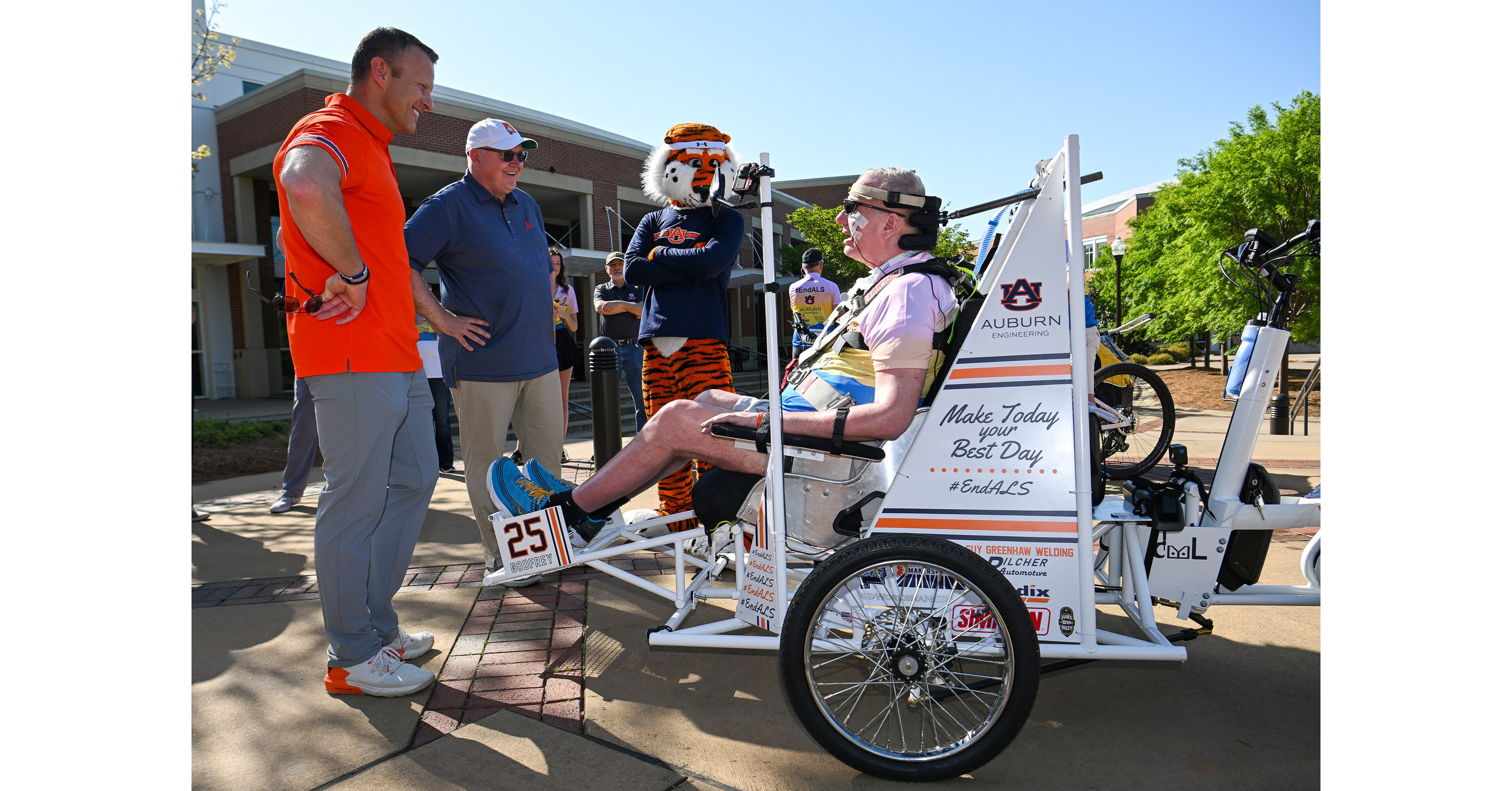 Godfrey, a 1986 industrial engineering graduate who starred alongside Charles Barkley as the Tigers reached the Elite 8 before embarking on a highly successful 30-year career in logistics and brand management consulting, was diagnosed with amyotrophic lateral sclerosis (ALS) in 2019. ALS degrades the nerve cells of the brain and spinal cord. It causes loss of muscle control, paralysis. It’s supposed to keep you from doing things like going on a 20-mile charity bike ride.

But that was not the case, thanks to 13 students from Auburn University Samuel Ginn College of Engineering who said “yes” to the challenge.

For a first test round, the team contacted Auburn senior tight end Luke Dealwho at 6″5 and 260 pounds could almost replicate Godfrey’s 6-foot-8, 290-pound frame. Deal’s father, Chris, was diagnosed with ALS in early 2021.

The bike is a modified cargo e-bike with a custom frame that includes a hot-swappable battery for continuous operation. Godfrey sat safely at the front of the bike between two 20-inch tires pushed by the motorized rear wheel and was monitored by three main sensors – two GoPro cameras and a “twitch switch” – which allowed his team to assistance to monitor their vital signs during the race. The twitch switch was attached to Godfrey’s cheek and connected to a light and siren system allowing him to signal the team via the slight facial mobility he maintains if he had been in distress. He was strapped into a racing seat with a five-point harness and his head was supported by a HANS device typical of motorsport safety.

“Building the bike for Gary was a great experience as it was an example of a real-world design and build process – we were working on a tight schedule with a large group,” said the mechanical engineering manager. . Joshua McCreight, project team leader. “I’m so glad we got it done in time for Gary to compete in Bo Bikes Bama. We were committed to finishing it, not just because it was our main design project, but because it’s is a great way to share the positive impact of Gary’s story.”

Beginning and ending at Jordan-Hare Stadium, Godfrey and Smith covered the 20-mile course of the event in about two hours.

Godfrey and his wife, Carol, who also earned a degree in industrial engineering and systems Auburn in 1986, first approached the college about the project late last year.

“We weren’t ready to give up the things we love just because of a bad break,” Carol said. “Gary has ALS, but ALS doesn’t have Gary.”

Launched in 2011, Bo Bikes Bama is an annual charity race run by a legend of both sports bo jackson to benefit the Governor’s Emergency Relief Fund. This year’s race was the first in-person since 2019.

Before the ride, Auburn University President-elect chris robertformer Dean of the Samuel Ginn College of Engineering, with Auburn University Football coach Bryan Harsin and the mayor of Auburn Ron Anderspropelled Godfrey on a short demonstration of the bike’s capabilities.

“This project and this day represent the complete loop of the Auburn mission of education, research and outreach,” Roberts said. “The bike performed incredibly well. I am so proud of these students and so happy for Gary. That’s what the Auburn family is.”

“Thanks to those Auburn engineering students,” Godfrey said through the speech generator he controls with his eyes, “I was able to feel the wind on my face again.”

THE SOURCE Auburn University-College of Engineering