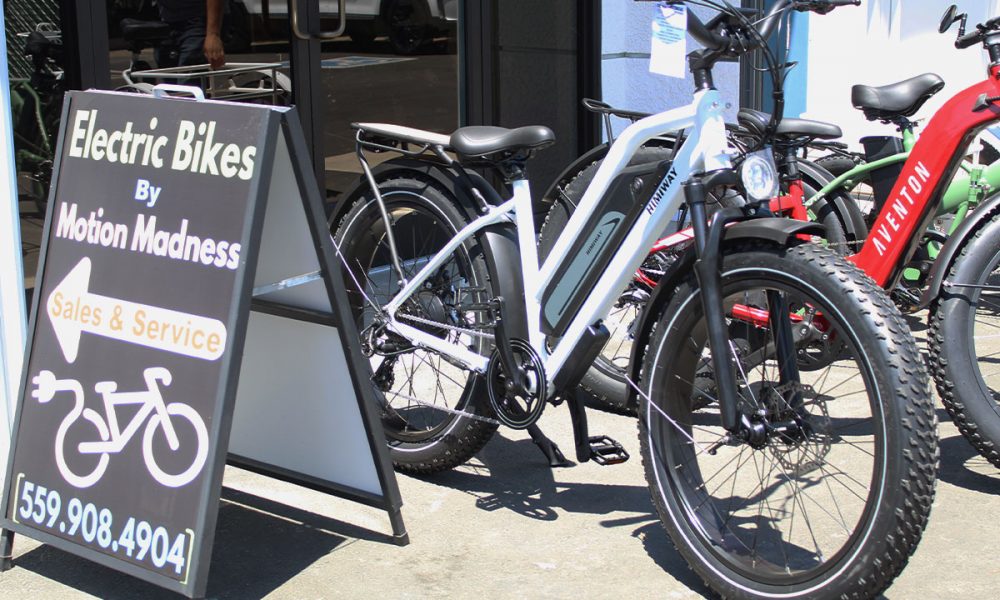 E-bikes are the hot ticket in the cycling world, but they also put a dent in your wallet.

But there’s a way to go electric on a budget and convert your dusty old Schwinn—or another model—with help from a popular Fresno bike shop.

They sell new electric bikes and convert old bikes to battery power. The price for the conversion depends on the condition of your bike and how fast you want to go.

“So people will come because they really love their bike and they love the component,” Ron said. “So we give them a price to convert it to electric.”

“We take the owner’s bike and convert it to a mid-drive or hub-drive, and we’ve done that for not only bikes but also recumbents,” Mike said.

Since 2018, the store has converted around 150 road bikes, beach cruisers and mountain bikes into e-bikes.

The number of cyclists has increased during the pandemic

What is driving this demand for e-bikes?

A 2018 Bicycle Industry Analysis showed that e-bike sales increased steadily between 2017 and 2018, with e-bikes accounting for 10% of all U.S. bicycle sales for that period.

And then the pandemic hit. With many people locked inside, people who hadn’t taken a bike in years were now riding around town. Sales of cruiser bikes, road bikes, mountain bikes and e-bikes have exploded.

Motion Madness e-bikes in Fresno are among the few stores in the state that offer all types of e-bikes, including conversions and maintenance. (GV Wire / Liz Juarez)

Who is in the e-bike market?

In some ways, the pandemic has created a societal shift with many people prioritizing leisure activities. Young and old, able-bodied and disabled, took the opportunity to go out and explore the world.

“We have people in their 60s who will come in and haven’t ridden in 30 years,” Ron said. “So they come here and they see an e-bike as a second chance because an e-bike basically gives you a boost.”

Additionally, e-bikes offer people without a driver’s license a faster way to get around. Although there are many types of e-bikes on the market, those rated Class 3 can go up to 28mph, making them popular with people whose work is 10-12 miles from home. .

Other e-bike buyers take them camping or store them in their RV when they go on vacation.

Electric bikes provide comfort when traveling across the country

After retiring a few years ago, Ted Ruiz and his wife recently decided to hit the road with their bikes in tow.

“I’ve been riding mountain bikes for years,” Ruiz said. “I do a lot of hiking and this was the closest thing to hiking that you can cover a lot more ground on.”

Now Ruiz and his wife have chosen to travel the country together. They use their e-bikes to explore places they’ve never seen before.

“We’ve been through 20 states in four months, and we park the truck, unload the bikes in the middle of Nashville or Dallas or wherever we are. We can tour the city on our bikes,” Ruiz said. “It’s a lot cheaper than getting around by car, and we can just get around a lot better, faster and it’s a great mode of transportation.”

Ruiz said he was initially unsure what kind of bike he needed or wanted. His fear was that e-bikes would be much more complicated than the typical bicycle.

“I did a lot of mountain biking, so I did a lot of research for a few months,” Ruiz said. “Then I found a guy, Mike with Motion Madness in Fresno, who showed me all about e-bikes.”

Ruiz opted for a rugged mountain bike with 4-inch-wide tires and the power to climb steep hills.

“After a year, my wife had to have one. So we went back there and bought one of the folding ones from him,” Ruiz said. “It’s a smaller, lighter but still with 4-inch tyres.” 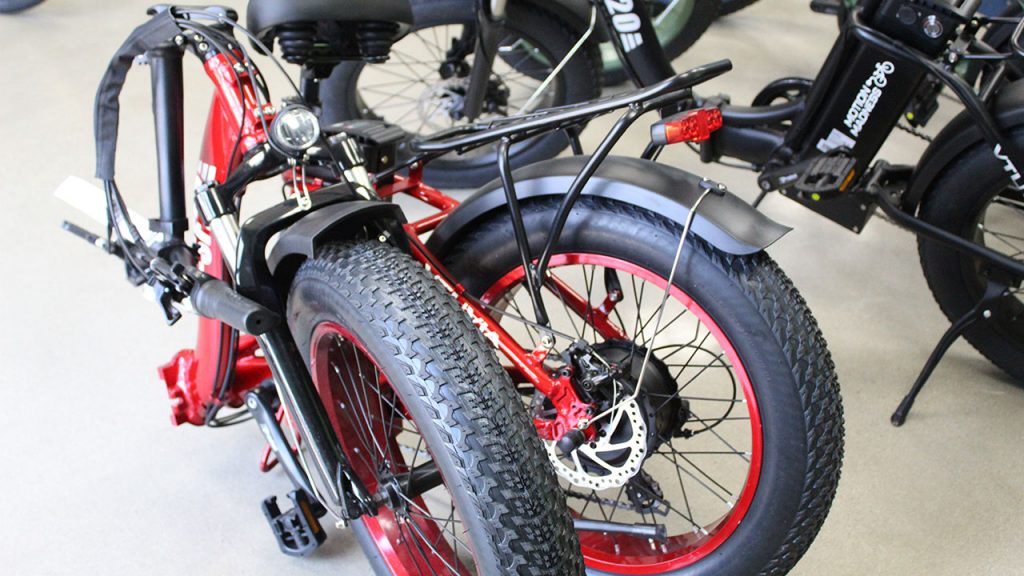 Working on e-bikes before it was cool

Working on e-bikes is easy for Mike, who is not only an avid cyclist but also an electrical engineer.

Ron says he remembers his dad tinkering with old bikes and ordering old parts and parts online or directly from China.

“He actually bought an e-bike at an auction once, but it was an old LED acid with a very heavy battery, the same batteries we would have in our cars,” Ron said. “So then he decided to convert his own bike and kind of learned over time.”

Now Mike is teaching another mechanic in the workshop how to convert regular bikes to e-bikes.

“I thought to myself, I need an e-bike and I made myself one. Everything else kind of blossomed from there,” Mike said.

Find out which e-bike is right for you