Fight for WorldTour survival set to influence racing in 2022 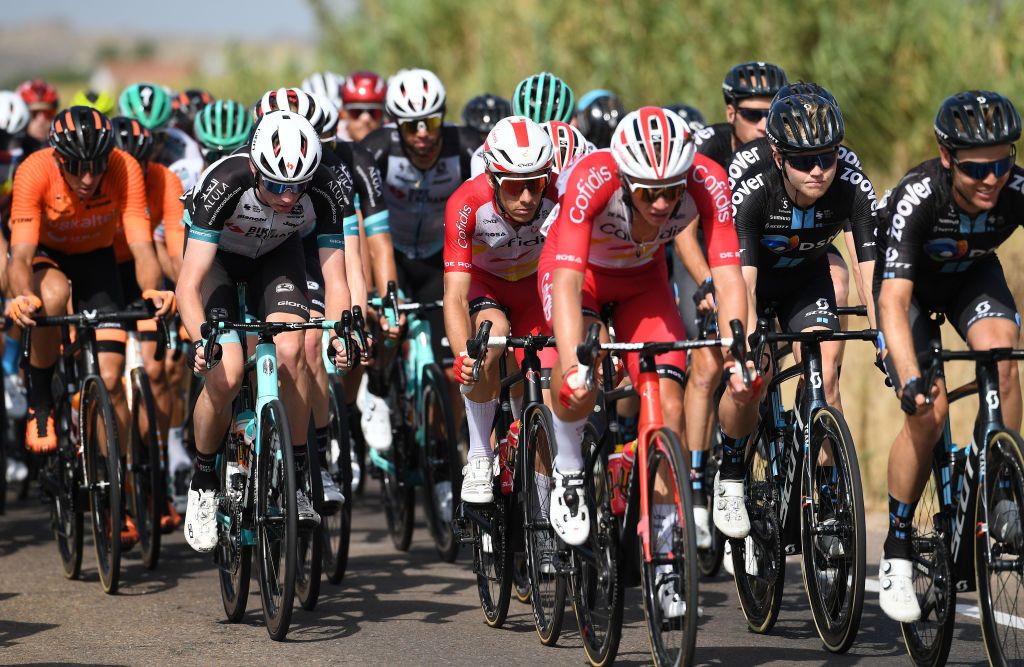 Fight for WorldTour survival set to influence racing in 2022

The 2022 season is expected to be characterized by a race for ranking points and a battle for survival between several men’s teams as they fight for the 18 spots in the 2023-2025 WorldTour.

Arkéa-Samsic appears particularly well placed in the UCI team classification and should fight with Cofidis, Lotto Soudal, Intermarché-Wanty-Gobert Matériaux or Movistar for the golden ticket of the WorldTour 2023-2025.

Even EF Education-EasyPost, BikeExchange-Jayco and Team DSM will no doubt be watching their points tally carefully in 2022 so as not to fall into the relegation zone. Even an extra win in a minor one-day race could be the difference between WorldTour survival and relegation.

Cofidis and Lotto Soudal look the most at risk and will no doubt battle with Arkéa-Samsic for WorldTour points and survival rather than focusing entirely on wins. This could turn some races into carefully calculated battles rather than actual sporting competitions. This is the underlying context of the 2022 season.

Uno-X and TotalEnergies said they would be aiming for WorldTour status, but in truth they would need a huge points gain (a doubling of the points they scored in the last three years) to fight for a square. Peter Sagan could ensure TotalEnergies wins invitations to the Tour de France, Classics and other races in 2022, but even he can’t score 5,000 points in a season.

Arkéa-Samsic has a much more realistic chance of achieving WorldTour status after carefully scoring points in recent years. If the French team finishes above its rivals in the top 18 of the three-year rankings (2020, 2021 and 2022) and meets the other WorldTour entry criteria, then one of the existing teams will be relegated.

Relegated teams could even disappear from the sport if sponsors and riders activate release clauses in their contracts. Most North American sports have a protected franchise structure, but European race organizers have fought to protect sporting merit, knowing it weakens teams.

Many people expect Alpecin-Fenix ​​to step up to WorldTour level in 2023, but Cycling news understands they can try to play the system again and stay at the ProTeam level for 2023 and beyond.

Thanks to Mathieu van der Poel, Jasper Philipsen, Tim Merlier and other riders, the Belgian team has topped the ProTeam standings for the past two seasons and secured invitations to all 2022 WorldTour races, including the Big Three. Towers.

Despite Van der Poel’s back issues, Alpecin-Fenix ​​seems confident he can once again top the ProTeam standings in 2022 and be allowed to choose which 2023 WorldTour races he drives, without the requirement to drive the complete WorldTour calendar and without the need for a budget. to cover the cost of WorldTour status. Strangely, the other teams haven’t tried to stop Alpecin-Fenix ​​from playing the system and the UCI seem unlikely to apply moral suasion.

The deadline for initial WorldTour 2023 applications was December 31, 2021. Only existing WorldTour and ProTeams can apply. The UCI has not revealed which teams have indicated their intention. Cycling news understands that the current 18 teams are likely to have all applied, alongside Arkéa-Samsic, Uno-X and TotalEnergies.

Alpecin-Fenix ​​declined to say Cycling news if they had applied and were hiding behind an October sponsorship ad.

“Together with Alpecin and our other trusted partners, we have shown that it is possible to lead a successful cycling team without having one of the WorldTour licenses. Our joint journey will continue for at least another four years,” said the team leader Philip Roodhooft.

“In the coming years, the team will continue its activities in road cycling, MTB and CX and at the same time strengthen its recent entry into gravel and esports.”

The 18 places in the 2023-2025 WorldTour are decided on ethical, financial, administrative and organizational criteria, but it is the sporting criterion, the 2020-2022 three-year ranking, which opens the door to the first level of sport for the years to come. .

The UCI does not publish the three-year rankings and several experts and statisticians have attempted to calculate point totals. Teams receive regular updates from the UCI and Cycling news earned official point totals released Oct. 12 after Il Lombardia.

The standings include the points scored by each team’s top 10 ranked riders in 2020 and 2021 and show who is in the relegation zone or fighting for promotion from ProTeam level.

Points scores in the WorldTour relegation zone are much lower and much closer, indicating how much of a fight for points can be expected in the 2022 season between Arkéa-Samsic, Cofidis, Lotto Soudal, Intermarché-Wanty -Gobert-Materials and Movistar .

All teams in the relegation zone will carefully study the points offered in the different types of races and plan how they will fight for their points.

The smaller races in the ProSeries and 1.1 category offer even more value for effort, arguably better than stage wins.

Teams know the points awarded and have already shaped their 2022 rosters accordingly by signing point scorers for their ten riders who make up the standings. They will race tactically to ensure they score as many points as possible. Winning can become secondary.

BikeExchange-Jayco has wisely signed Dylan Groenewegen from Jumbo-Visma and will rely on him to win one-day races as well as WorldTour sprints. AG2R Citroën hopes that Ben O’Connor can repeat his fourth place in the Tour de France in other stage races and that Greg Van Avermaet, Bob Jungels and Oliver Naesen will find their best form.

Intermarché-Wanty-Gobert wants Alexander Kristoff to help them score more points in the 2022 Classics and WorldTour sprints, while Giacomo Nizzolo’s move to Israel-Premier Tech follows a similar strategy. The Italian won the European title in 2021 and finished second in Gent-Wevelgem.

The DSM team have lost Michael Storer, Jai Hindley and Tiesj Benoot and will rely on Romain Bardet in the Grand Tours and stage races as well as their latest generation of young talent.

Cofidis lost Christophe Laporte and Elia Viviani. They have their points from 2020 and 2021 and are hoping Bryan Coquard, Guillaume Martin and new signing Ion Izaguirre can score enough points in 2022 to avoid relegation.

Cycling news understands that Cofidis was looking for points in 2021 even if team manager Cédric Vasseur played down such a strategy for 2022.

“I don’t want us to get into a mathematical game. I refuse to ask my riders to start races just to take points. I ask them to ride to win, so there’s no question,” he said. he recently stated. the team.

Lotto Soudal is already feeling the pressure and team manager John Lelangue is more open about his points strategy, knowing his team faces an uphill battle for WorldTour survival.

Lotto Soudal has Caleb Ewan, Victor Campenaerts and Florian Vermeersch but starts the 2022 season in 20th place in the standings. They are also set to lose sponsor Soudal to compete with Patrick Lefevere in 2023.

“We will go into every race next year as if it were the last of the season. We have to score,” Lelangue said, according to newblad.

“Due to Covid-19, 2020 has been a special year and last season we were particularly unlucky with Caleb Ewan suffering from injuries and crashes in the Giro and Tour.”

“I’m not scared. With all the reinforcements, I think we can score points everywhere. If we have a ‘normal season’ like in 2019, then everything will be fine. There’s no need to panic .”