Find friendship and freedom on an electric skateboard 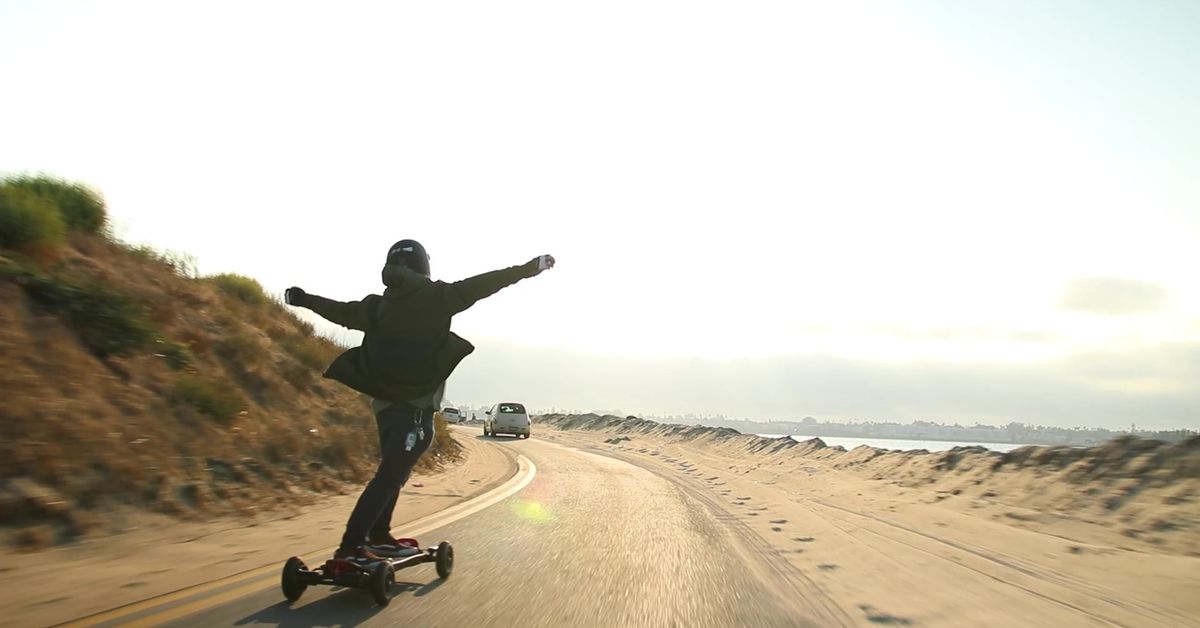 Find friendship and freedom on an electric skateboard

Wanting neither the ticking time bomb of a hoverboard nor the hassle of paying for a grimy rental scooter, I worked like a minimum wage job during the summer of 2017 to afford my first electric skateboard: a Boosted Dual+ V2 . Almost every weekend after shelling out my $1500, I would take my board to my local boba cafe. I was doing a few laps around my Northern California neighborhood on the way home, my milk tea in one hand and my remote in the other.

As a high school student in an uphill battle to get into one of California’s top universities, electric skateboarding became my favorite form of escapism. It gave me a break from the books – and gave me an excuse to hang out. It offered the effortless freedom of a car with the stroke of a bike.

My weekend rides were fun, but riding alone got old fast. I found myself in a small niche of electric skateboarders who only rode for fun (instead of using them to get around). That’s when I discovered Bay Area Esk8 (BAESK8), a San Francisco-based personal electric vehicle Facebook group that frequently hosts rides around town.

My electric skateboard and my new group of friends opened up parts of the city I had never seen before. Growing up in suburban northern California, the trip to San Francisco took at least an hour depending on traffic, and I had already visited all the tourist traps. Now we weren’t restricted by traffic since we could split lanes as we pleased, and our PEVs allowed us to seek out places no average tourist would see. The people, the sites and the thrill of riding together as a large group made these rides something I will never forget. This board and these group rides helped me succeed in high school.

We could split the lanes however we pleased, and our VEPs let us search for places no average tourist would see.

Due to both the pandemic halting group rides and my acceptance to San Diego State University, I retired as a pilot with BAESK8 in 2020. I said goodbye in San Francisco and set sail for Southern California.

Before I even got to campus, I picked up a band like BAESK8 in San Diego. There were a few small groups here and there, but there wasn’t a group in the area that was as active or as diverse as BAESK8. So, just before classes started, I created a Facebook group called San Diego Electric Skateboarding (SDESK8) with my friend Rain Cervantes.

Our first group ride was less of a “group ride” and more of a small get-together with four like-minded gentlemen I had contacted via Facebook and Instagram. The route was nothing special: just a short eight-mile loop around Mission Bay in San Diego. Still, it brought back the same sense of community and freedom that I found on those short-range BAESK8 bayside rides.

In September 2020, we found out that Super73, the popular Irvine-based e-bike company, was hosting a group ride in San Diego. I posted an event on our Facebook group to “come join the event” with our electric skateboards and sure enough a dozen members showed up. It was surprising for SDESK8 as he let local cyclists know that SDESK8 was a group for everything PEV riders and not just electric skateboarders. Following this event, we started to notice more electric bikes, electric scooters, and electric unicycles joining our mix of production and DIY electric skateboards.

As SDESK8 grew from a group of a few dozen runners to a group of a few hundred, I knew I had to bring in more admins. With the help of my friends Kyle, Cody and Ryan, SDESK8 has grown to over 700 members in just a few years.

We held “Best in the West” – our biggest group run yet – on August 7, 2022. It was in conjunction with Los Angeles PEV (LAPEV), and we had over 200 runners in attendance. The number of runners was quite a spectacle in itself, but what really stood out to me were the stories of our runners. Some showed up to escape the monotony of their 9 to 5. Others were high schoolers who wanted one last hurray before heading back to the books. There was even a family who brought their young son to ride on the back of their electric moped.

It’s stories like these that make SDESK8 – and personal electric transportation as a whole – so important to me. Experiencing the exciting and liberating nature that PVEs offer is cool, sure, but experiencing that with others and seeing the smile on their faces? It’s priceless. That’s why I ride.

Sebastian Aniciete is a third-year computer science student at San Diego State University. When they’re not taking classes or working on campus, you can find them biking, skating, filming, or exploring the virtual skies on Flight Simulator.