The Fiido D11 folding electric bike just launched last week on Indiegogo for pre-order at $799. That’s an incredible price for a sleek e-bike, but who really knows in advance if a new product launched on Indiegogo is bang or bust?

So I spoke to the company and convinced them to send me one of the only Fiido D11s out there so I could put it through its paces to see if it was worth the price.

[Update: The Fiido D11 Indiegogo campaign has ended and the bike is now on sale here.]

To be fair, the fact that Fiido even agreed to send me its only production prototype was already a good sign. It shows that they believe in the bike enough to allow me to give the world an honest review (Electrek does not charge for reviews) while their crowdfunding campaign is still running.

And once I took the bike out of the box, I quickly realized why Fiido was so confident: it’s actually a nice e-bike!

It’s not all perfect, and it has a few flaws that I’ll point out, but for the most part I can definitely recommend the Fiido D11. Watch my video below where I test drive the bike, then read on for my full review.

Technical specifications of the Fiido D11

Besides the low selling price (when do these things ever sell for their MSRPs?), there’s a lot to like here.

First of all, the frame of the Fiido D11 is new and I appreciate that. It’s sleek, sleek and unlike any other bike. There is no top tube or down tube, there is just the tube. And they get away with hiding the battery in the seat post.

The seat post is surprisingly long, which you don’t realize at first because it’s hidden by the two-tone seat tube portion of the bike. But that explains how they squeeze over 400 Wh of battery capacity into a seat tube.

The 250W motor may seem weak, but it’s actually very powerful on flat ground. It lets me ride easily with the throttle only and has much stronger acceleration than many other 250W motors I’ve tried. You don’t need the pedal assist to get good power, but of course the pedal assist helps. The throttle is a welcome addition on the hills, but can only handle light hills on its own. On the pedal assist, medium grades were no problem. Giant hills can still be tricky and expect to slow down a bit, even with the Fiido D11’s pedal assist.

Luckily, you still get a 7-speed Shimano drivetrain, which is more than I can say for many budget electric folders that opt ​​for single-speed drivetrains. By being able to downshift on inclines and then find a smaller cog for flat terrain, the Fiido D11 is usable in a much wider range of applications.

There’s nothing too fancy about the folding mechanism, other than it’s neither stiff nor boring to use. The safety locks are there, but they’re not frustrating like on some e-bikes. Weirdly the pedals don’t fold, but I imagine that’s just because it was a prototype and they didn’t have the folding pedals ready. I can’t be sure and I’m still waiting for a definitive answer from the company regarding the pedals. 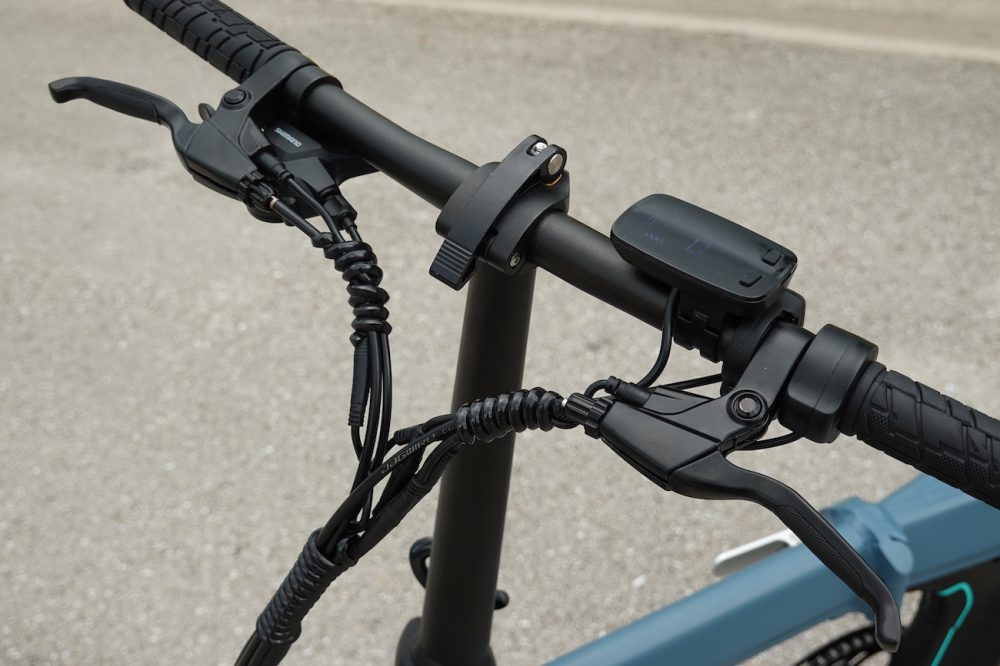 The bike doesn’t fold any smaller than most standard folding e-bikes, but it’s small enough to fit in any normal car trunk.

Essentially, the Fiido D11 is just a normal electric folding bike with good performance and a sleek design.

But of course I still have my complaints, as I do with just about any e-bike. 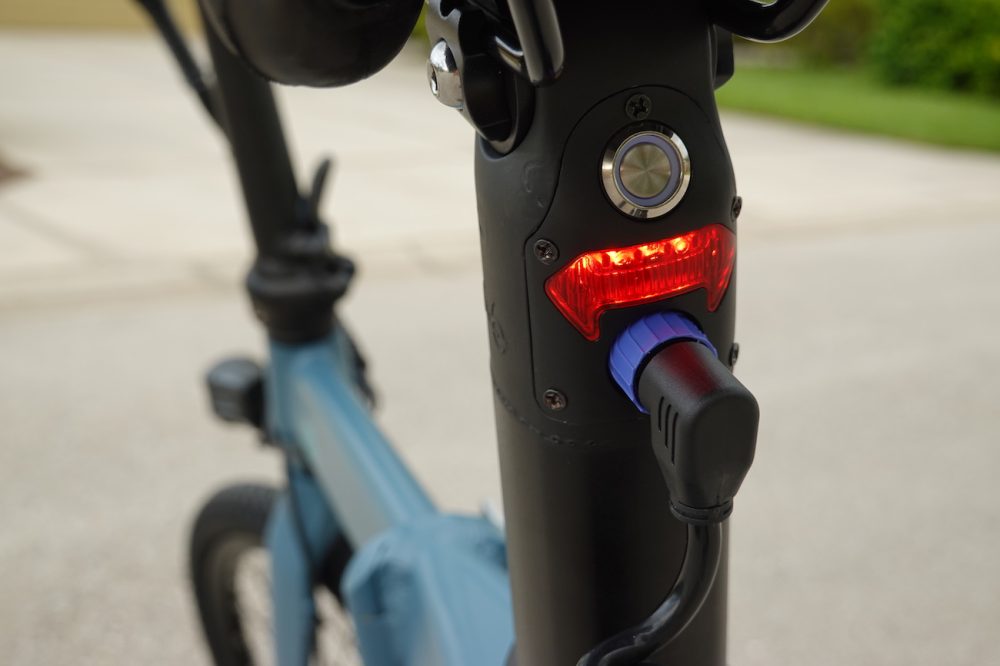 What are the disadvantages ?

First of all, the LED screen is difficult to read in direct sunlight. It looks really nice inside and I like the glossy finish – almost like an Apple product. But once you step into the sunlight, the screen might as well be a smooth sheet of black glass.

It’s not a dealbreaker since you don’t even really need the screen (who cares if you’re going 13mph or 15mph?), although checking the Fiido D11’s battery capacity sometimes requires hold your hand on the screen to create a shadow.

Then the frame can be a bit tricky to lock. Most folding e-bikes have a wishbone somewhere, even right at the back, which allows you to slip a padlock through. Not the Fiido D11. The frame looks great, but it lacks closed loops. I found that I could place my Kryptonite New York U-lock on the main frame tube, but the angle meant I couldn’t lock it around the wider posts. Instead I mainly used either a Hiplok portable chain lock or an ABUS folding lock. Lockout really wasn’t a big deal, but it’s something to consider if you lock out often as it takes a bit more thought than a typical bike frame.

Finally, and speaking of locking, my last criticism is that the battery/seatpost cannot be locked natively. There is no built-in locking mechanism. This means that if you lock the Fiido D11 to a bike rack outdoors, you’re essentially forced to take the seat/battery pack with you. In a way, that’s a good thing because you shouldn’t leave valuable components like this outside anyway. But it’s also a bit boring, especially if you were planning to end up in a convenience store for 60 seconds.

I suppose you could slide a lock through the bars of the seat used to adjust the position of the seat, but the space is cramped and you would need a narrow lock to get into it.

So what’s my bottom line?

I’m definitely a fan of the Fiido D11. Fiido did a great job with the design and was able to create something unique and eye-catching.

Most e-bikes that can be described with words like “unique” or “eye-catching” also have eye-catching prices. So for the Fiido D11 priced at $799, that’s pretty innovative on its own.

The bike isn’t perfect, of course, but I can live with its few minor drawbacks if it means having a lightweight, decently powerful, and practical e-bike that looks as good as it functions.

What do you think of the Fiido D11? Let me know in the comments section below!