Flash from the past: the bicycle craze gave birth to a famous watch company Flash from the past: the bicycle craze gave birth to a famous watch company

Swiss Family Robinson told the story of a shipwrecked family recreating life on a tropical island. This story of Swiss Family Pequegnat tells the life of a French-speaking family on a Germanic island in an Anglo-Saxon world.

The arrival in 1874 of the Ulysses Pequegnat family in Berlin has become one of the city’s legendary moments. The watchmaker had decided to leave Neuchâtel, Switzerland “because there were more watchmakers than work”. Unlike many newcomers to Canada, Ulysses did not expect to earn enough money to bring the family over later. Ulysse brought his wife Françoise; he also brought their six daughters; he also brought their eight sons along with several in-laws. Spectators were amazed by the exit of about twenty Pequegnat from the Grand Trunk train at Berlin station.

The story associated with this arrival may be apocryphal… but I hope it’s true.

Odysseus had been warned: Canada had vicious animals, dangerous inhabitants and freezing weather. So, well-wrapped in furs and carrying a loaded shotgun, he peered cautiously from the door of the train before stepping out to stand guard as the others descended. No one could speak English or German except for a few notions of Deutsch from Françoise. They had all spoken French in Switzerland, but befriended one of the few French-born residents in Berlin, George M. Debus. Taking up the two dominant languages ​​of the city, the Pequegnat quickly assimilated… so much so that in the 1960s, nearly 500 North Americans could trace direct descent from Ulysse and Françoise.

Ulysses opened his watch and clock shop in Berlin and the eight sons soon had their own shops in various towns in southern Ontario: Stratford, Waterloo, Guelph, Tavistock, Mildmay, New Hamburg, Brantford and Paris.

Flash from the Past focuses today on the eldest son Arthur (1851-1927) fondly remembered by many people across Canada who never knew him: they are collectors of antique clocks and no name on a clock does not arouse as much interest as Pequegnat. Another Arthur product intrigues another group of collectors, even though they have never heard the name Pequegnat.

When the patriarch Odysseus died in 1894, Arthur abandoned his business Mildmay, taking over the jewelry and watch shop in Berlin. Arthur was fascinated by the bicycle craze and because he was a Mr. Fix-it, the back of his store was soon filled with bicycles in need of repair. This led to some serious tinkering and the invention of a new crank and sprocket setup that reduces rider effort. He started out selling American-made bikes but, joined by brothers Paul and George, expanded to make his own “Berlin” model.

In 1897, a new four-story factory on the corner of Duke and Frederick displayed the name “The Berlin & Racycle Mfg Co Limited”. Berlin was its own simpler and cheaper model of bicycle, while Racycle was a popular style made in Middleton, Ohio. Arthur purchased this Ohio company and introduced his new sprocket system to the Racycle, which later became his company’s publicity centerpiece. Racycles were used by the Berlin police and thousands were shipped across the country and abroad. Another model, the Rigi, was also offered by Arthur as well as complete overhauls, nickel plating or enameling on customer bikes.

A shrewd businessman, Arthur foresaw the imminent disappearance of bicycles and the takeover of personal transport by cars. After 1905 he reduced the annual manufacture of bicycles, although he continued to run the bicycle business until 1923. Soon the traditional family skills took hold and Arthur began to design and manufacture clocks , clock cases and clock machinery. These clocks are part of Canada’s commercial history. The name changed to Arthur Pequegnat Clock Company and eventually became Canada’s most successful clockmaker.

A century after their disappearance, Arthur Pequegnat’s Racycles are rare. Even finding parts from a Racycle: front badge, sprocket, frames, etc. excite the sites of collectors. Berliner models are even rarer.

The Pequegnat watchmaking company ceased operations in 1941 and the factory itself was demolished in 1964. 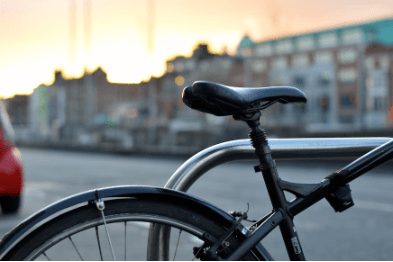 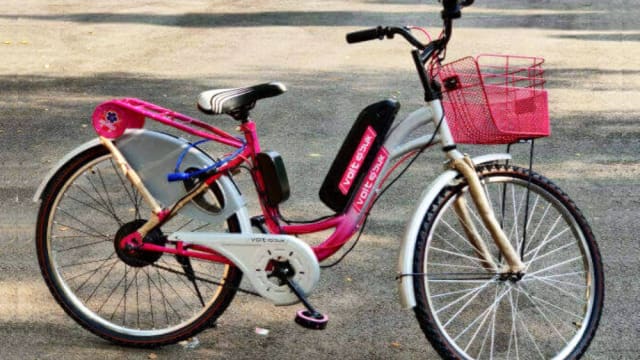