Found: Infinity Bike reinvents the all-wheel-drive bike with a continuous tire for both wheels! 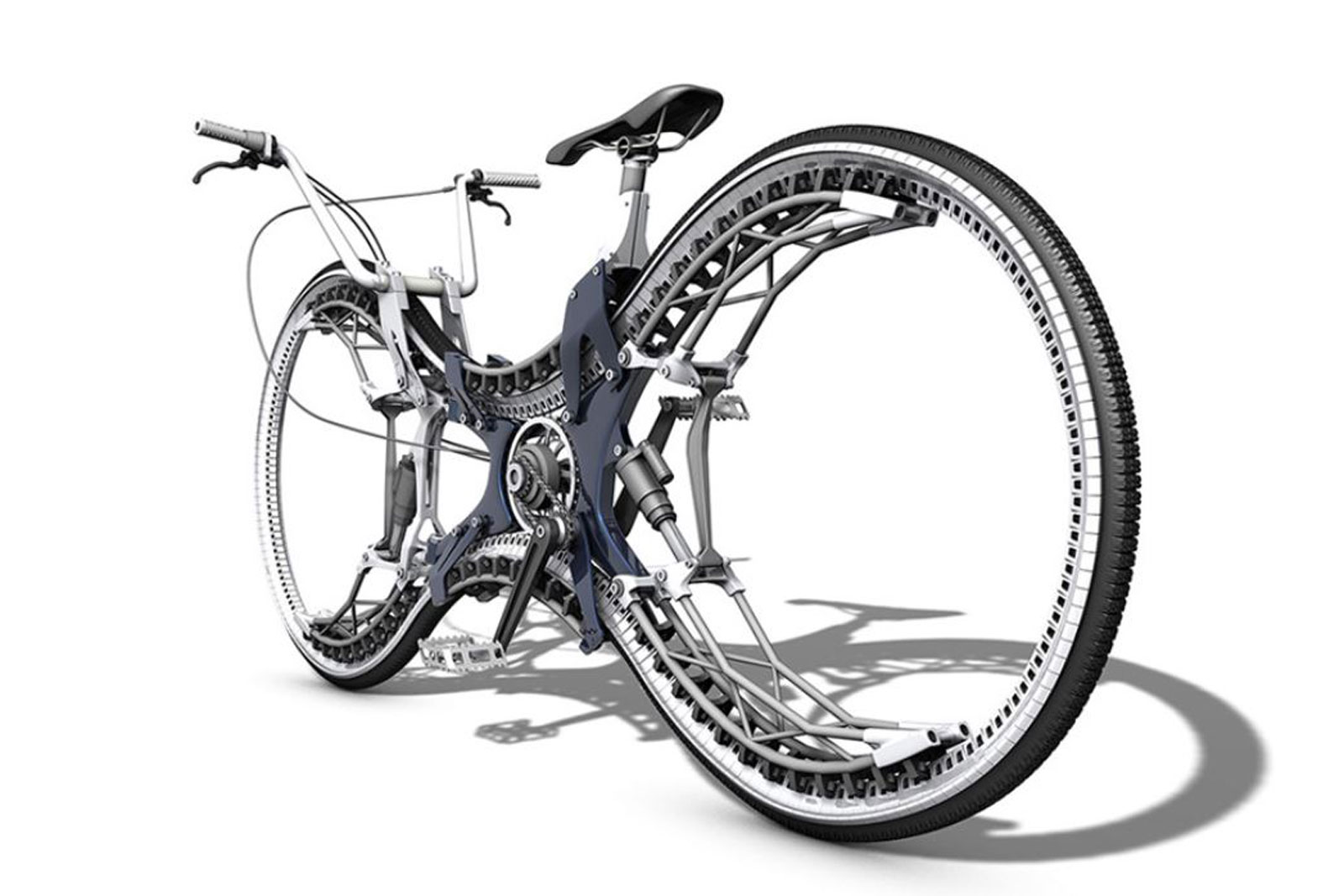 Found: Infinity Bike reinvents the all-wheel-drive bike with a continuous tire for both wheels!

The Infinity Bike is not Again a usable bike, existing only as a 3D printed model, and of course in the mind of its creator, Stephan Henrich. Considered by many to be the pioneer of additive design, Stephan introduced the world to an all-wheel-drive concept in the form of a beach and city cruiser. It revolves around what Stephan calls a “continuous structural element”.

“The infinity beach and city cruiser is driven by a revolutionary monopneumatic clip chain construction that automatically forms a temporary rim in the wheel area and a humped belt drive in the inner area. This monopneumatic is powered by a central wheel powered by a crank on a short chain and an 8-speed gearbox,” explains Stephan Henrich.

Stephan says he has yet to come across a “killer argument” that would present this design becoming a reality – a real rideable bike, only conceding that it would require a lot of investment. But, it seems he is convinced that it could one day become a salable product.

A central chain wheel, driven by an offset bottom bracket, if you will, drives the “bed of teeth” inside the rim area. A centrally positioned fixed “frame” houses the chain wheel, with four link arms extending out of it – two in the front and two in the rear. These provide support for the belt drive, called “tire guide rails”.

I have a number of questions, the most pressing of which is, how the hell is this going? It seems to me that the design would prevent the front part of what is essentially a unicycle, from moving independently towards its rear part.

Stephan also imagines that the Infinity Bike has front and rear suspension, as evidenced by the positioned shocks. Each shock appears to be driven by the lower “swingarm,” which doubles as a tire guide rail to give the belt drive its structure. I’m no engineer, but it looks like this item would be more feasible than a steering item, causing the drive belt to deform only in the vertical plane. I won’t make assumptions about how the “front” and “rear” brakes work.

What do you think about that? Could it be designed into a rideable bike? How many trips should he have? Does it have to be an electric bike? Should he have a kickstand? Rear rack? Telescopic seat post? Have it in the comments.