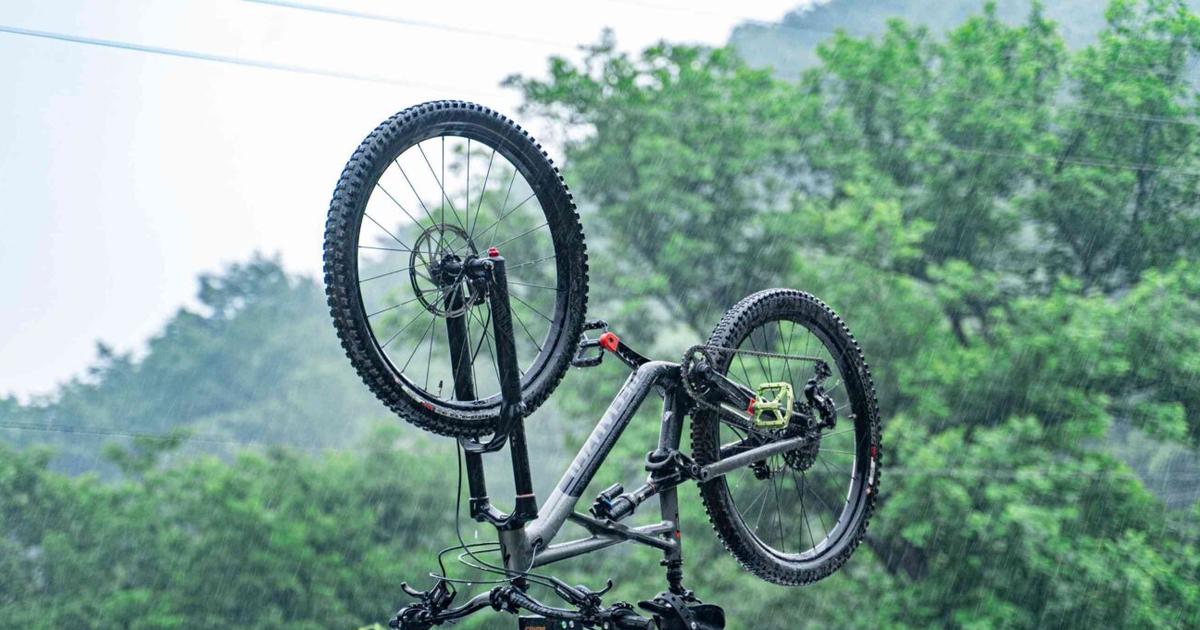 We’ve seen a car bike rack before that uses electric suction cups, and we’ve also seen a bike rack that carries the bike upside down. Fovno’s new ES-H1B, however, combines both features in one unusual product.

The system consists of two suction cups attached to each end of the handlebars (when the bike is still out of the car, upright), a third suction cup attached to the seat and a suction cup fitted with an electronic control box. The four components are connected to each other by pneumatic hoses.

Once the cups are attached to the bike, it is turned over and placed on the roof – so that the cups are in contact with the metal – with the box. When the box’s power button is pressed, an electric pump inside the device draws air from the four suction cups, creating a negative pressure that causes them to be sucked onto the roof.

If the seal on either cup subsequently breaks, the control box will sense the loss of pressure and respond by resealing the cup. Additionally, an alarm will sound on a wireless console-mounted module inside the car, alerting the driver to the situation.

The system works with both flat and drop handlebars, and can be extended to carry a second bike – in this scenario, all three cups from each of the two bikes will be connected to a single control box. This box weighs 650g (1.4lbs), is powered by a 3400mAh lithium battery (there’s no word on battery life) and is IP65 waterproof, meaning it can withstand to low-pressure water jets from all directions. The total weight of the entire system is 3.3 kg (7.3 lb).

The Fovno ES-H1B rack was recently unveiled at Eurobike and is expected to sell for US$295.