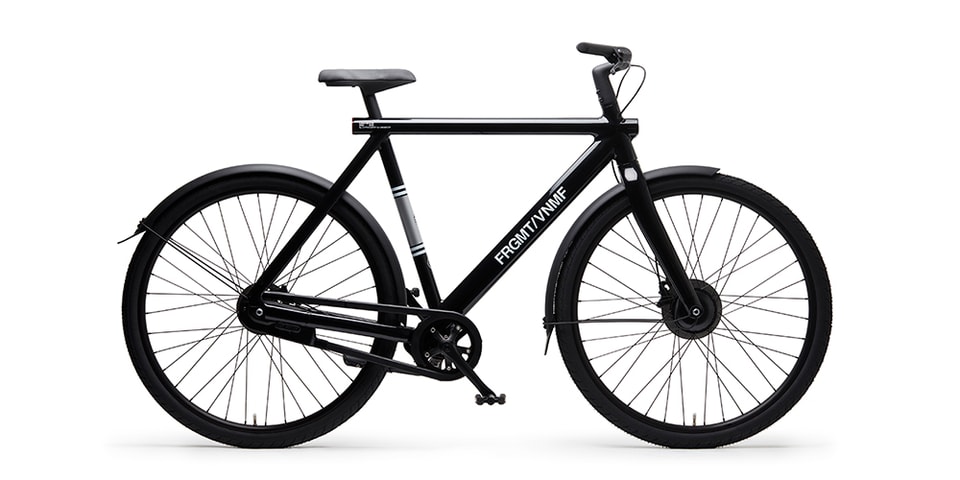 Fragment design from Hiroshi Fujiwara and Dutch e-bike pioneer VanMoof may seem like a long way apart, but the two have more in common than you might first think. Fujiwara, which is often cited as the godfather of streetwear, echoes the technological and aesthetic leaps that VanMoof has made in the bike department, and now its S3 electric bike model has been reworked.

Much like Fujiwara, the e-bike has seen a growing cultural footprint, moving into traditional spaces and then bringing them into a new era. The two also share a similar aesthetic, centered around clean, minimal touches that play for the IYKYK audience.

The collaborative electric bike is therefore the perfect marriage. A deep gloss black has been applied throughout the frame, with Fragment Design’s signature lightning bolt logo adorning the downtubes alongside two white racing stripes. More branding in the usual tech form of the fragment design can be found under the saddle towards the LED taillight, and a touch of Dover Street Market branding can be found under the saddle and along the downtube, while the large block mark on the frame completes the design.

Fragment design’s VanMoof S3 collaboration debuts exclusively at London’s Dover Street Market on October 13 and will be in stores until October 17. Only six are available and each of them will cost 2,248 GBP (about 2,490 USD), and can be secured via a raffle on the DSML site with a launch on October 14.

In case you missed it, check out Hypebeast’s experience behind the wheel of the $1.7 million McLaren Elva.