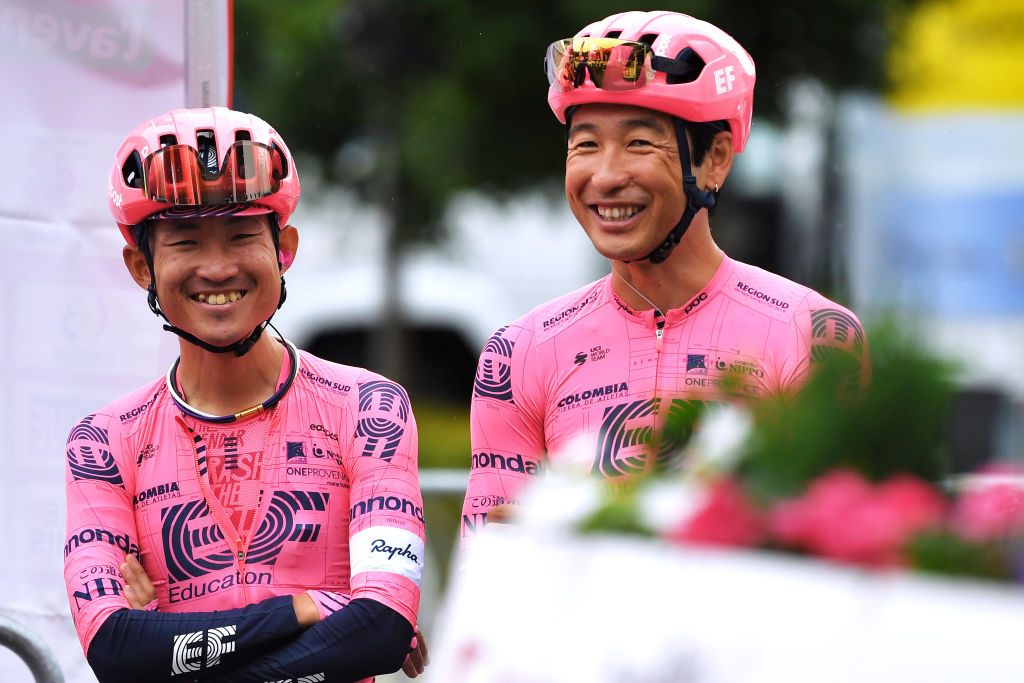 Fumiyuki Beppu, the first Japanese rider to reach the highest level of cycling, announced on Saturday that he would retire at the end of the year at the age of 38 in a message posted on his personal website.

Beppu’s final season with EF Education-Nippo saw the Japanese company join as a sponsor along with fellow countryman Hideto Nakane.

After racing at the World Championships as a junior, Beppu moved from Japan to France after graduating from high school, where he raced with the La Pomme Marseille team in 2003 and worked to overcome obstacles against him in the midst of culture shock. He finished 13th in the Paris-Roubaix U23 but focused mainly on amateur competitions to get results in order to get noticed.

“At that time, there were no Japanese professional riders, so I didn’t know how to become a European professional rider, so I climbed the invisible rungs of a ladder one by one,” Beppu wrote. “That was when the internet was finally going mainstream, and there wasn’t as much information as there is today.

“It was an astronomical chance for a Japanese runner to turn professional,” he wrote. “It was a strange land, but with the support of my family and many people, I gritted my teeth and kept looking only ahead.

“Life wasn’t easy until I turned professional, and I was always standing on a cliff. I couldn’t afford it, but I spent all of my youth on my dreams and that was all I could do. It was a difficult situation. , but it wasn’t a pain at all, and I think it laid the foundation for who we are today. It was a very exciting time and irreplaceable.

After a successful 2004 season where he won a stage in the Aosta Valley and mountain classification, Beppu’s dream finally came true when he became the first Japanese WorldTour rider with the Discovery team. Channel.

He stayed with the team for two more seasons before moving to Skil-Shimano for two years, then to RadioShack and Orica-GreenEdge before returning to Trek-Segafredo where he raced from 2014 to 2019. He resigned at the level ProTeam with Nippo -Delko in 2020 before joining EF-Nippo with the sponsor this season.

Masatoshi Ichikawa was Japan’s first Grand Tour finisher, competing in the Giro d’Italia in 1990 and making the Division 1 team Navigare-Blue Storm in 1994. But Beppu was the first in the country to sign to a WorldTeam and finish the Tour de France. with Yukiya Arashiro (now with Bahrain Victorious) in 2009. Other top professionals include Takashi Miyazawa (Tinkoff-Saxo 2012-2013), Nariyuki Masuda (Cannondale, 2013) and Mayuko Hagiwara and Eri Yonamine (Tibco) in the ranks feminine.

After a fifth of a century of living his dream and competing for contract renewals, Beppu decided to take a step back from racing and forge a new path after “travelling through seven WorldTour and Pro teams. Continental, the Tour de France, the Giro d’Italia, the Vuelta a España and the five major monuments – Milan-San Remo, Tour of Flanders, Paris-Roubaix, Liège-Bastogne-Liège, Il Lombardia, etc., and overlapping the Beijing Olympics and the London Olympics as a representative of Japan.

“Europe was the main country, but I visited over 32 countries and ran all over the world. In terms of mileage, I ran from earth to the moon and spent a lot of time with my bike.

“In the future, I want to use my experience to become a bridge between Japan and Europe. I intend to act as a cycling promoter who promotes, educates and encourages cyclists. I will continue to ride the bike, even if the speed will be different.I’ve lived as a racer so far, so if I don’t have a lifestyle that’s more exciting and challenging than ever before, I’ll be gone.

Beppu said he already had a non-cycling project underway and thanked his supporters for being there throughout his professional cycling journey.

“Even in a distant foreign country, I was always connected by text – when I was happy, when I was struggling, when I felt like crying, I was always happy and sad. Having spent so much time with you has made my competitive life happy. I’m really grateful to everyone who supported me. The only regret is that I couldn’t race ahead of you at the end.”