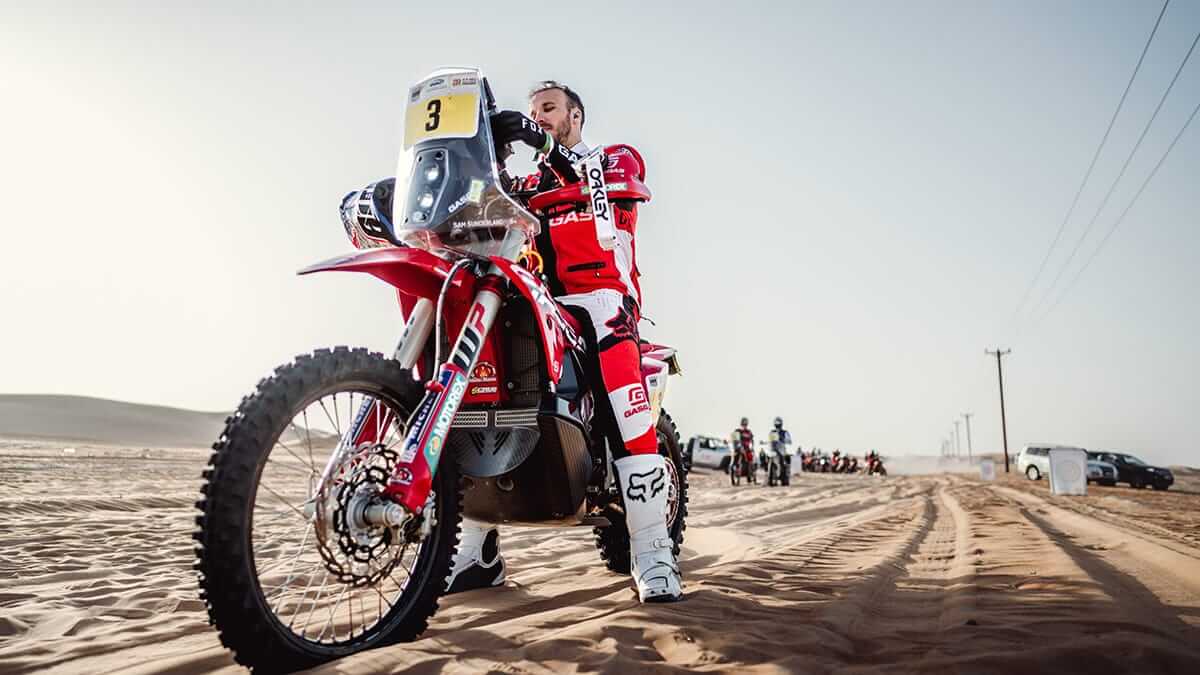 More than 200 days since Sam Sunderland claimed victory in the 2022 Abu Dhabi Desert Challenge – round two of the 2022 FIM Rally-Raid World Championship – the series finally comes to life this weekend at Rallye du Maroc. Eager to get back to business after a long break in the calendar, the GASGAS Factory Racing star is delighted to be back in Morocco after a summer spent fine-tuning his RX 450F. It’s time to race!

Sam Sunderland: “It’s really exciting to be back after quite a long break in the calendar. But here we are, and I can’t wait to get started on Saturday. We’ve done a lot of testing over the summer, including here in Morocco, so I’m looking forward to seeing how the changes we’ve made perform in a racing environment. Recently it took getting used to the high speeds again, but it went well and everything fell into place at the right time. I feel good and it’s great to be back racing.

With a few cancellations and postponements during the 2022 rally season, Sam Sunderland has taken full advantage of the downtime to further develop his Dakar Rally-winning RX 450F. Focused on putting those refinements to the test while keeping an eye on the possibility of concluding the 2022 FIM Rally-Raid World Championship with a round to spare, the Briton is fighting fit and ready for action at the Morocco.

The Rallye du Maroc will start with a short prologue on Saturday October 1 before the first full stage on Sunday. In total, the five-day event covers 2,316 kilometres, including 1,575 against the clock. The fifth and final stage will take place on Thursday 6 October and once the riders cross the finish line in Agadir they will have successfully completed the third round of the 2022 FIM Rally-Raid World Championship.

Unfortunately, Sam’s teammate, Aussie Daniel Sanders, will be absent from the races in Morocco as he continues to recover to full fitness after picking up an injury early in the season.