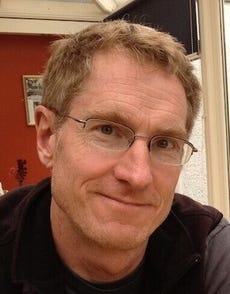 FORT COLLINS, Colo. (BRAIN) – Industry veteran George Parry died at age 58 on Aug. 2. Parry had been director of engineering and production for Niner Bikes since 2010, but had worked in the bike industry since 1987 when he was hired as a mechanic. at Fort Collins’ Lee’s Cyclery.

Parry, who earned a BS in mechanical engineering from Colorado State University in Fort Collins, later worked as a structural design and test engineer for GT Bicycles and Schwinn/GT. He was involved in the development of the GT Olympic track bikes used in the 1996 Olympics. After a brief stint in the aerospace industry from 2001 to 2003, he returned to the industry as a senior designer for Cannondale in 2003.

Parry was born and raised in Aspen, Colorado, where he excelled in skiing, motocross, skateboarding, ice skating, cycling and unbridled mischief, according to a family obituary.

He started racing bikes while attending the University of Tucson, Arizona, and Colorado State University.

Through the Fort Collins cycling community, he met Launie Korth and the two married in 1996. They have two daughters: Katie and Sarah. He is survived by his wife and daughters, his mother Carolyn Parry (Hiatt), his sister Amy Collier, five nephews and one niece.

The family has suggested that donations in Parry’s honor could be made to the following organizations:

A memorial was held Aug. 7 in Fort Collins and a group ride in his memory departed from Niner Bikes headquarters later that day.