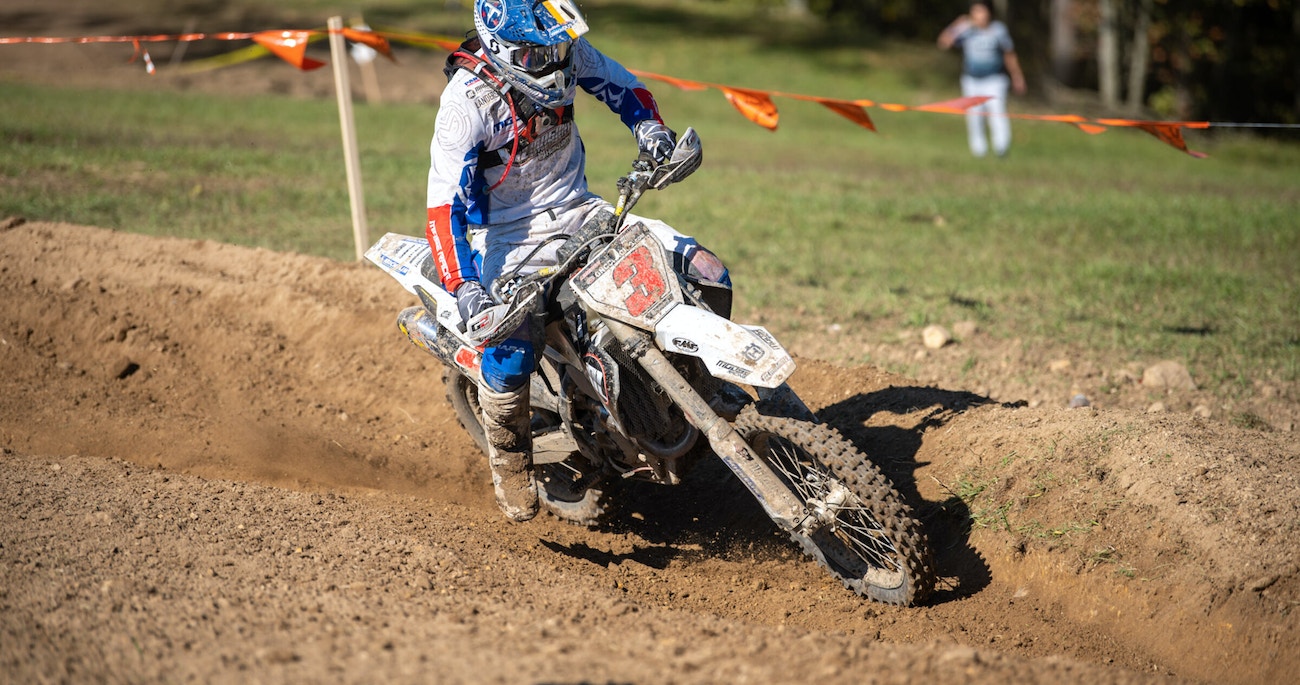 Then on Sunday, the XC1 Open Pro bikes will hit the track with AmPro Yamaha’s Steward Baylor hoping for another victory before the end of the season. However, new National Champion Jordan Ashburn of Magna1 Motorsports/Husqvarna is also looking for another win at the season finale in Indiana after finishing second in the previous round.

Rockstar Energy Husqvarna Factory Racing’s Craig Delong and teammate Thad Duvall will be hoping they can race out in front and battle for what could be their first win of the season. Also looking to end his season on a high note with FMF/KTM Factory Racing’s Josh Toth after mishaps at a few races this year, Toth is aiming to end the year on the top step of the podium.

In the XC2 250 Pro class, a national champion was crowned in the final round. Babbitt’s Online/Monster Energy/Kawasaki Team Green’s Lyndon Snodgrass claimed the number one plate, and he’ll be looking to continue his success and take another win this weekend. Coastal GasGas Factory Racing’s Jonathan Girroir came back from injury to take three straight wins and a second, this weekend he will look to end his XC2 career with another victory under his belt. Tely Energy KTM Racing’s Liam Draper hopes he can improve as well by finishing on the podium for the fifth time this year.

In the FMF XC3 class, it was Toby Cleveland of Lanes Yamaha/Fly Racing/IMS/Dunlop Tires who took his first win the first time he entered the class at the final round, but this weekend , he will also be looking to fight for a class again. to win. Devore Racing/Action Sports Extreme/Civiello Construction’s Dakoda Devore and Solid Performance/GasGas/Fly Racing’s Max Fernandez are also looking to battle for a win after finishing on the podium at round 12. Magna1 Motorsports/Husqvarna’s Brody Johnson picked up the number one plate in the final round and is looking to either move up to XC2 or go for another XC3 win to end the year.