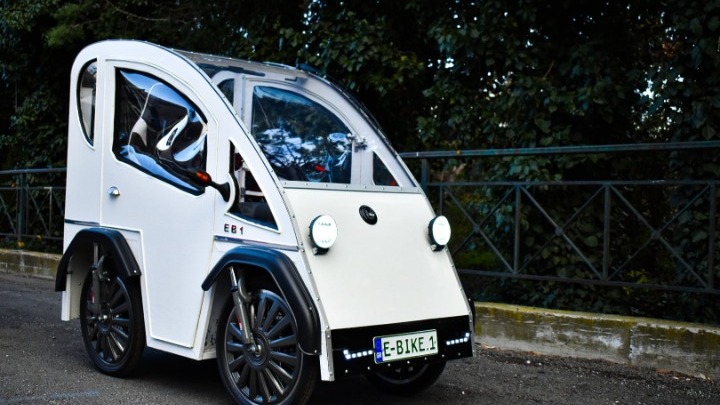 A Greek engineer from the northern town of Kozani has built a four-wheeled electric bicycle to protect the environment and make Greek cities “greener and cleaner”.

Dimitris Gloumpos, 52, said he created his e-bike during the long coronavirus lockdown.

It is believed to be the first 4-wheel electric bike made in Greece.

Speaking to the Athens News Agency (AMNA), Gloumpos, who works as a part-time electrical engineer at the University of Western Macedonia, said that “Bike -1” was built during the second and third periods of confinement in Greece.

He added that his tech creation was part of the effort “for cleaner green cities and healthy lives for citizens.”

The e-bike has seven gears

The -1 bike runs on a lithium battery that charges through the same process used by electric vehicles – or alternatively, with continuous pedaling by the rider. The battery lasts for 1 hour.

It can carry personal effects weighing up to 30 kg (66 pounds) in a special space behind the seat.

Gloumpos said he wanted to build a bike that could deliver the green footprint to the city.

“Due to its altitude and its spatial peculiarity, Kozani is a city where it is difficult to use a simple bicycle, and I wanted with my special construction to alleviate this difficulty”, said the Greek engineer.

He added that he was inspired by couriers who were constantly exposed to rain, wind and snow.

“So I thought my e-bike should be four-wheeled with a roll cage where the rider can move around town safely even carrying small items,” he says.

Gloumpos, a father of two, pointed out that all the construction took place during the quarantine and that due to the lack of ancillary space, the construction of the bike parts was done on the terrace and in the living room of his clean house.

“With the help of my children and my wife, we pushed the furniture in the living room into a corner and their place was taken by the bike parts -1, says its creator.

The Greek engineer noted that he has yet to decide what he would like to do with his Bike-1 in the future.

At the moment, he is considering some improvements to reduce the weight of the bike so that the user saves more time when riding in the city.