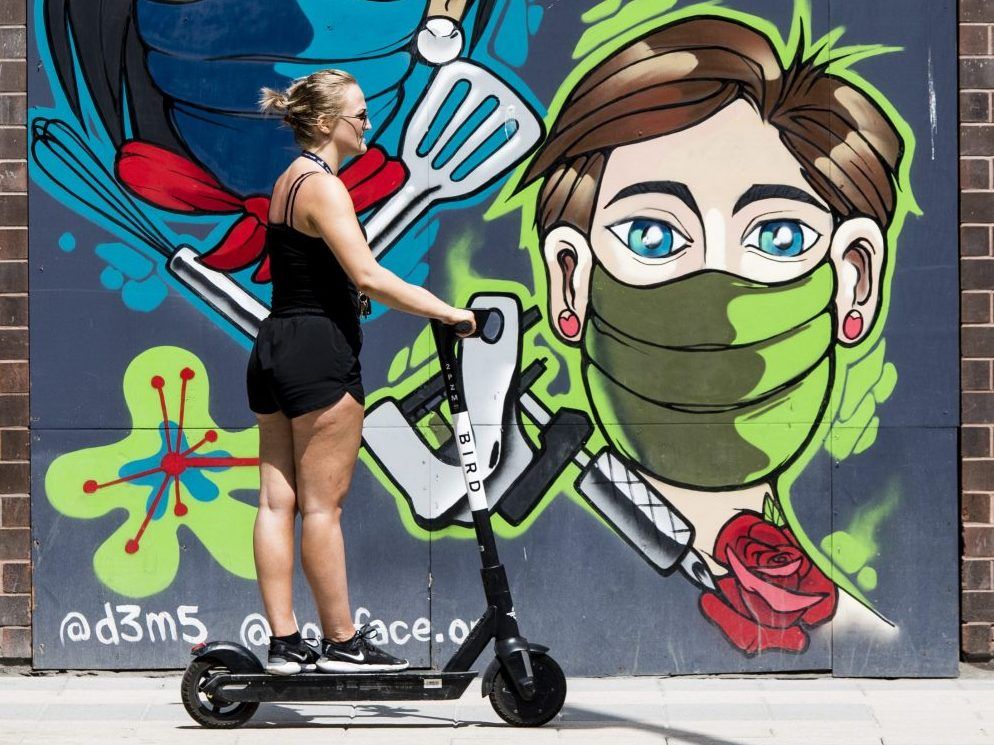 Electric scooters to travel around London as part of a carpooling program? Not so fast.

London City Council’s civic works committee on Tuesday approved a pilot project to allow e-bike deliveries, but it is holding firm against a trial of an e-scooter sharing service that has caused problems in other cities with equipment littering the sidewalks.

“We should encourage this type of innovation in our city, and certainly not oppose it,” Ward 4 Coun said. Jesse Helmer spoke about commercial licensing for e-cargo bikes, noting that London is a popular test market.

City staff suggest beginning testing of these bikes in the spring of 2023. They are already being used in other cities to deliver everything from food to flowers to mail without the same environmental impact as trucks.

The pilot would run until 2026. The civic works committee voted unanimously to recommend it.

A second, more controversial pilot project to offer e-scooter rentals was rejected by the same committee on Tuesday, although politicians voted unanimously to draft regulations for the use of e-scooters. private by individuals.

If approved by council on July 5, it would allow Londoners to use their electric scooters in the same places as bikes, but move them away from the pavements.

Accessibility advocates have written and spoken to politicians calling for a total ban on electric scooters, saying they pose a huge risk to many people with disabilities, including people with sight or hearing problems who can not being able to see them or hear them coming.

“We will always feel threatened when we try to walk around,” said Ashfaq (Kash) Husain, a longtime member of City Hall’s Accessibility Advisory Committee who is legally blind.

At present, electric scooters are not expressly allowed in London, but they are still used.

“People driving them in London are breaking the law,” said David Lepofsky of the Accessibility for Ontarians with Disabilities Act Alliance. “We believe the solution to this is not to reward illegality.”

It’s hard to know the best next step, city staff told politicians, given concerns about electric scooter use coupled with the challenges of enforcing a total ban.

“We are torn,” said Jay Stanford, the city’s director of waste and climate change.

The hope is that regulating e-scooters through a city by-law and allowing them in certain areas such as cycle lanes and London’s vast network of footpaths will keep their use contained and off the pavement.

London has been mulling an e-scooter sharing scheme for several years, but they’ve had a rocky start in other cities, including Windsor, where the system had to be halted due to rule breaches and stolen scooters after its launch.

But they were also popular, with the scooters being used more than 130,000 times in Windsor last year.

Even if London chooses not to embrace the e-scooter hire system, trying to clamp down on personal use when they’re already there can be a losing battle, several councilors have warned.

“I’m not excited to go ahead with this now. I’m not sure the settlement will be that effective in terms of compliance and safety,” Ward 2 Coun. said Shawn Lewis.

There remain questions about the other pilot program, e-cargo bikes, as well, such as how they will be insured.

But the option of transporting goods and making deliveries using electricity, and without greenhouse gas emissions, is compelling, staff said. Further reports will be presented to the board prior to the rollout of the e-cargo program.

-A by-law to regulate the use of personal electric scooters in London that would allow them to be used in the same place as bicycles, but not on public pavements.

-A pilot project to test the use of e-cargo bikes in commercial contexts, such as deliveries.