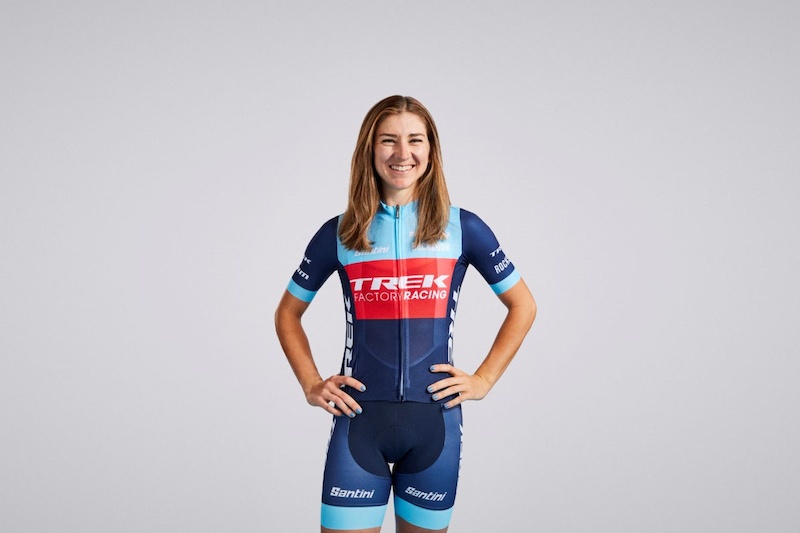 Gwendalyn Gibson will join the Trek Factory Racing XC team in 2023 after five years with Norco Factory Racing. The 23-year-old American started her mountain bike racing career in high school through the National Interscholastic Cycling Association (NICA) and has steadily progressed through the ranks since, culminating in her 2022 season, her first year as an elite.

Gwendalyn’s standout short track results in 2022 included a seventh-place finish in Andorra, followed by a snowshoe win and a second-place finish at Mont Sainte Anne. Those results are even more impressive considering the broken kneecap Gibson suffered earlier in the season, an injury that was originally supposed to keep him out of action until the World Championships in late August.

When the world championships rolled around, Gibson continued to climb the podium and she picked up a third-place, bronze medal.