High gasoline prices are prompting some to look at electric bikes, vehicles 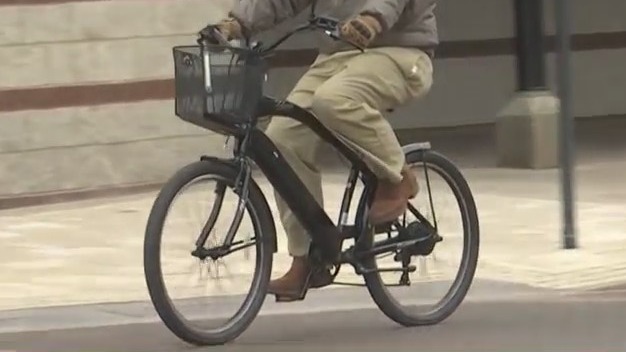 High gasoline prices are prompting some to look at electric bikes, vehicles

OWENSBORO, Ky. (WEHT) As gas prices near or exceed $4 a gallon in all three states, some Tri-Staters might be considering other ways to get around town. One of these methods that are attracting the attention of some are electric cars and bicycles.

“I love riding my bike and I can get some exercise,” said Dan Ray, who bought his e-bike about two months ago.

“I can go a few days without even driving my car. I have this little tote basket out front. I can go to the grocery store and save money when gas is five, six dollars a gallon,” he said.

While he’s saving money at the pump, he’s still hurt to see $4 for a gallon of gas.

“It hurts me because I’m a retired energy professional, to see gas prices go up so high,” Ray said.

While Ray says people are more interested in buying e-bikes lately, some bike shop managers in Owensboro and Evansville say sales have increased since the pandemic began, but it’s too early to tell. say whether increases in the price of gasoline are a reason for the increase in sales.

“With rising gas prices, that’s a factor that people are thinking about,” said David Moore of Moore Automotive Group. He also says that while electric vehicles are gaining more acceptance, more buyers are turning to hybrid cars and SUVs because gas stations are more available than electric charging stations.

These states have yet to hit record gas prices: AAA

“We know if we’re traveling my car could charge up, I can still get gas, and so there are a lot of these things that reassure people in the way they think about gas,” said Moore.

“It takes years, decades to build that infrastructure, and we’re not there yet,” says Ray.