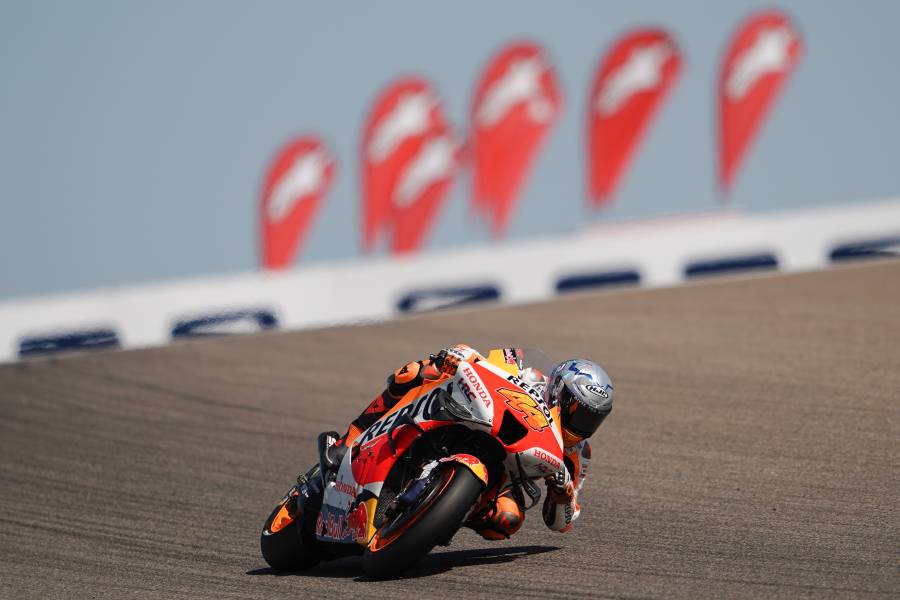 The roads around Assen in the north of the Netherlands have hosted motorcycle races since the 1920s and the Assen circuit is the only surviving venue since the first world championships in 1949.

Assen is also unique for the name of the event. While the other 19 rounds of the 2022 MotoGP series are called Grands Prix, Assen is called the Dutch TT, not the Dutch GP. In the early days of the race in Assen, the organizers received permission from the Isle of Man TT, at the time the largest motorcycle racing meeting in the world, to give their event the same designation, which stands for Tourist Trophy, as competition machines of that time were based on touring models.

Assen is also historic for Honda. It was on the Dutch track that the company made its racing debut on the European continent in June 1960, having contested the 1959 and 1960 TTs on the Isle of Man.

Honda didn’t win the first time around in Assen, but newly signed rider Jim Redman finished fourth in the 125cc race, one place off the podium, despite riding the RC143 twin in just one practice session.

Apart from an 11-year absence between 1968 and 1978, Honda has always been involved in Grand Prix racing, winning more race victories and world titles than any other manufacturer, always enjoying the highs and always learning from the lows.

Honda’s four MotoGP riders head to the 2022 Dutch TT after a tough Sunday at last weekend’s German Grand Prix. Troubled by injuries and bad luck, three of the four RC213V riders did not reach the finish of the race, which was held in debilitating 35-degree heat.

Pol Espargaro (Repsol Honda Team Honda RC213V) had to retire from the race due to rib injuries sustained in a practice accident. Since then, he has been working hard with his medical team to prepare as well as possible for the Dutch TT.

Like most riders, the 30-year-old Spaniard loves the Assen layout, which is dominated by fast, tricky corners and high-speed changes of direction. However, controlling a MotoGP bike around the twisty Dutch track won’t be easy with its still healing ribs.

Espargaro took the win and more in Assen. In 2013 he won the Honda-powered Moto2 race, en route to winning that year’s Moto2 World Championship, and in 2010 he finished third in the 125cc race, behind winner Marc Marquez. Espargaro got his best MotoGP result from Assen to date in the 2016 race in the rain, when he took a fourth place.

Bradl has been racing in Assen for almost a decade and a half, but the track has never been very favorable to him in terms of results. His best results to date are two sixth places, in the 2009 125cc race and the 2013 MotoGP race, when he rode an RC213V for the LCR Honda team. Bradl contested the Honda-powered Moto2 series in 2010 and 2011, winning the title in 2011, but scored no points at Assen in those two years.

The last time Bradl competed in Assen was in 2016, so he might need some time to get used to the layout.

Takaaki Nakagami (LCR Honda IDEMITSU Honda RC213V) had high hopes of a big race in Germany last Sunday, but slipped as he competed for a top-ten finish. The 31-year-old from Chiba hopes better in Assen, where he won the 2016 Moto2 race, beating current MotoGP rivals Johann Zarco and Franco Morbidelli.

Nakagami is aiming to improve on his best MotoGP race in Assen this Sunday, a ninth place recorded last June.

Alex Marquez (LCR Honda CASTROL Honda RC213V) has had one win in Assen so far, when he rode his Honda NSF250RW to first place in the 2014 Moto3 race, the second of three wins that took him to the Championship of the Moto3 World that year. Four years later he finished third in the Moto2 race.

This year the 26-year-old Spaniard is aiming to improve on his MotoGP debut on the track last June, when he finished 14e. Assen is an extremely complex and technical circuit, which takes time and dedication to learn.

Assen is often called “the cathedral” because its winding, high-speed layout is often the crowning glory of the Grand Prix season. The current track has hosted races since the 1950s, although the layout has been significantly altered and gradually reduced in length since then. It underwent major changes in 2006, when the track was shortened from 5.997 km/3.726 miles to 4.5 km/2.82 miles. Since then, Assen has looked more like a conventional GP circuit, although the final section of the current track retains some of the character of the old circuit with fast, fast corners that test rider abilities and machine setup as nowhere else.

Honda riders have achieved many first-class successes in Assen over the past decades. American Randy Mamola gave the company its first 500cc success on the track in 1984, driving a Honda NS500. Since then, Wayne Gardner, Alex Criville, Mick Doohan, Tadayuki Okada, Alex Barros, Valentino Rossi, Sete Gibernau, Nicky Hayden, Casey Stoner, Jack Miller and Marc Marquez have all climbed to the top step of the legendary Dutch hall.

Once Sunday’s races are over, the MotoGP paddock will pack up and head out for a well-deserved mid-season break, which now counts five weeks, following the cancellation of the Finnish GP in July. The paddock will meet again at Silverstone, for the British GP on August 7.