Honda riders ready for the tenth race of 20 races… 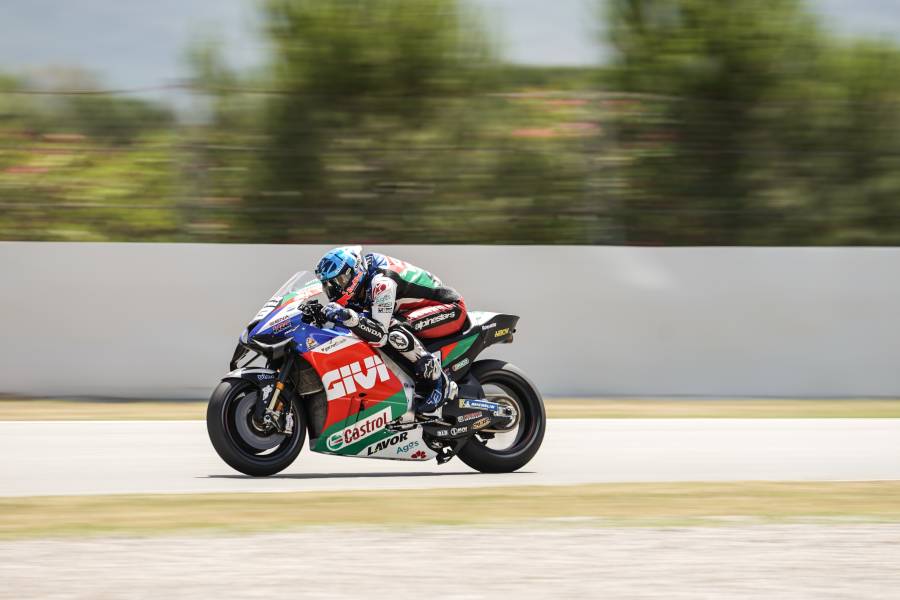 Honda riders ready for the tenth race of 20 races…

Honda first entered the 500cc class in May 1966, unveiling its four-cylinder RC161 at the German Grand Prix at Hockenheimring. The machine was an immediate success, comfortably winning the race, with Honda legend Jim Redman on board.

Sunday’s German Grand Prix takes place at the historic Sachsenring, which originally staged the East German GPs from 1961 to 1972.

The modern, purpose-built Sachsenring is very different from the old street circuit but still a huge challenge for racers. The undisputed king of the site – Marc Marquez (Repsol Honda Team Honda RC213V) – will not be present this year as he is recovering from major surgery following an old arm injury.

Marquez has won the last eight MotoGP races at Sachsenring, his successes preceded by a hat-trick from Dani Pedrosa (Repsol Honda Team Honda RC212V and RC213V).

Marquez’s place will be taken as usual by Honda’s MotoGP test rider Stefan Bradl (Repsol Honda Team Honda RC213V), who has already replaced Honda’s six-time MotoGP king twice this year, at the 2010 GP. Argentina in April and the last GP of Catalonia. He also competed in the Spanish GP in May as a wild card.

The 32-year-old German has been racing at the Sachsenring since he was a teenager. He achieved his best result on the track at the 2011 German Grand Prix, when he finished second to Marquez in the Moto2 race. He also finished second in the 2008 125cc GP and achieved his best MotoGP result to date at the 2013 event, when he rode an RC213V to fourth place, for the LCR Honda team.

His full-time teammate Pol Espargaro (Repsol Honda Team Honda RC213V) is aiming to bounce back this weekend after a difficult race at the Catalunya Grand Prix, caused by a problem with his rear tyre.

Espargaro started the race superbly, finishing fifth in the lead group on the opening stages, but his rear tire lost grip so he couldn’t use the full performance of his machine and fell back to finish 17th.e.

In March, the 31-year-old Spaniard claimed the first podium for the all-new RC213V at the Qatar GP. Since then he has worked hard to develop the bike, continuing that process in a major one-day post-race test at the Circuit de Barcelona-Catalonia.

Espargaro finished the day fifth, just 0.241 seconds off the fastest time. During the day he tried out various important new parts, including new aero solutions and a revised frame and swingarm. The data and insights gathered during the session will help Honda HRC engineers extract even more performance from the machine in the second half of the 2022 season.

His best result to date at Sachsenring was third place in the 2013 Moto2 season, which he finished by winning the title.

Takaaki Nakagami (LCR Honda IDEMITSU Honda RC213V) arrives in Germany in recovery mode, after a heavy crash at the first corner of the Catalunya GP. The 30-year-old from Chiba escaped without any fractures but spent the following days in hospital. He will take part in Friday morning’s FP1 session to assess his fitness and plan the rest of his weekend accordingly.

His teammate Alex Marquez (LCR Honda CASTROL Honda RC213V) also took part in post-Catalunya GP testing, completing an incredible 96 laps, more than anyone, despite the pain of a heavy crash in Saturday practice at the track.

The 26-year-old former Moto2 and Moto3 world champion is confident the knowledge gained from the test, which will be passed on to HRC in Japan, will help him improve his pace for the rest of 2022.

The young Marquez has only one Grand Prix victory at the Sachsenring – he won the 2019 Moto2 race, en route to claiming the world title that year.

The current Sachsenring was built in the 1990s and hosted its first round of MotoGP in 1998. The venue was extended to its current layout of 3.67km/2.28miles in 2001. The circuit in reverse clockwise is heavily asymmetrical, with ten left-handers and three right-handers. These include an extremely difficult sequence of seven consecutive lefts, from turn four to turn ten, which take riders through rolling countryside at ever-increasing speed. The lap is completed with two tighter left-handers, both of which provide opportunities for last-minute braking maneuvers.

The German GP is the third of four races in just five weekends, a busy time in the MotoGP season. Immediately after Sunday’s race, the paddock will pack up and head northwest towards Assen, for the Dutch round of the championship next weekend. After that, riders and teams enjoy a five-weekend mid-season break before meeting up at Silverstone, for the British GP on August 7.