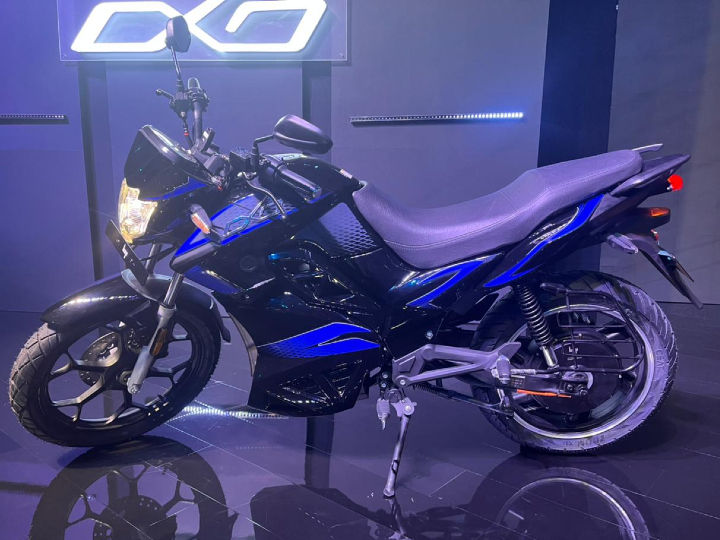 Hop Electric has launched the new Oxo electric motorcycle in India at a price of Rs 1.25 lakh for the base variant and Rs 1.40 lakh for the top Oxo-X variant (both prices include FAME-II subsidy and GST). We break down the key e-bike features into six images:

In terms of design, the Hop Oxo e-bike looks more like the Yamaha FZ-Fi Version 2.0, all the more so due to its muscular fake fuel tank and Streetfighter headlight. In fact, the bike is a good mix of streetfighter leanness and urban subtlety.

The Oxo uses a 5.2kW hub motor producing a claimed 3kW continuous power and 185Nm at the flywheel. The top variant packs a bigger 6.3kW motor but produces the same 3kW peak power. While the base variant has three driving modes – Eco, Power and Sport, the top variant has a fourth “turbo” mode. For the standard model, the top speed is rated at 90 km/h, while the X variant claims to sprint at 95 km/h.

The 3.75kWh lithium-ion battery is common to both variants and has a claimed range of 150km. The Oxo receives a portable charger that can be plugged into any 16A outlet. It claims a 0-80% charge time in less than four hours.

Its frame is suspended from a telescopic fork and twin shocks while braking is provided by single disc brakes at each end and benefits from a “combined braking system” safety net. It rolls on street-appropriate 18/17-inch alloy wheels (front and rear) and gets an impressive 180mm of ground clearance.

This electric bike will take on models such as the Revolt RV400, Tork Kratos and the new Oben Rorr. Good to see more e-bikes coming as e-scooters seem to have become commonplace.