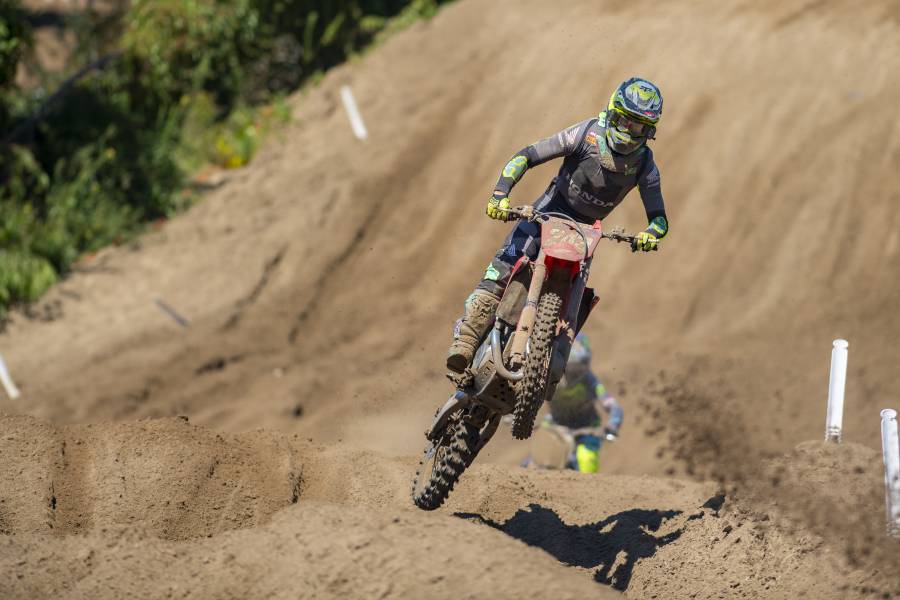 With the final round of the championship in Oman postponed until 2023, the hunt for Team HRC’s Tim Gajser for his fifth world championship crown is getting even closer. Gajser entered the weekend with a 125-point advantage in the Championship and was hoping to extend his lead in Belgium.

In race one, the Slovenian got off to a good start and quickly moved into second on lap one, but dropped to fourth by the end of the lap and lost further positions on lap two to drop to sixth. . Struggling to find a rhythm, a crash on lap 13 pushed Gajser further to seventh where he finished the race.

Despite a fantastic first performance in Saturday’s qualifying race, when he held third place, Tim’s teammate Mitch Evans crashed hard on lap nine and took a heavy blow to the body. Sore from Saturday’s crash, he started the first race today and progressed well from 21st on lap one to 13th on lap six, but dropped to 19th on lap nine and was forced to withdraw. Mitch did not start the second race.

Henry Jacobi of Team JM Honda Racing had a good first race today. The German sat in 10th place for the first half of the race and eventually finished 11th. A good result for the CRF450R racer.

The ever-competitive MX2 class had some fast races today and Shiptocycle Honda SR Motoblouz’s Stephen Rubini didn’t take it easy in race one. The Frenchman started the first lap in 18th place and fought hard throughout the race to finally come home in 9th. A decent result for a rider more used to groomed hillside trails.

The gate fell for the second race of the MXGP and Gajser was looking to improve his result in the first race. He completed the first lap in fourth place, but again struggled to find his natural rhythm in the treacherous sand. With the championship on the line, the pragmatic approach was to settle for a good score and retain the championship lead. Tim finished race two in seventh place and leaves Lommel with a 122-point advantage in the MXGP class with four rounds to go.

Although Henry Jacobi started in the middle of the pack in moto two, he pushed hard throughout the race. He sometimes lost positions, to regain them and finally finished the race in ninth place overall. An improvement over the first race. Jacobi finished the day in 10th place overall. A good result for the German.

Stephen Rubini suffered from a bad start in race two. He completed the first lap in 12th place and struggled to settle into a rhythm. Rubini strove to make progress, but the punishing tool of sand, heat and humidity hurt the Frenchman a lot. He finished the race 14th, which put him 10th overall and surprisingly just 13 points from a podium.

Round 15 of 18 will visit Sweden’s hilly and challenging Uddevalla circuit in two weeks.