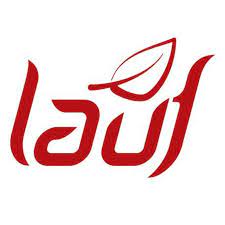 Skulason said sales in the United States had increased over the past few years and Lauf saw the need for a strategic location in North America that also had a solid reputation in the bike business.

“The City of Harrisonburg is thrilled that Lauf has chosen our city to be his home in the United States, investing here and creating new jobs for area residents,” said Mayor Deanna Reed. “It’s exciting that this international leader in the world of cycling is partnering with Harrisonburg for its continued growth and expansion.”

Lauf signed a lease for a clamshell building at 156 East Washington Street, which will be built to meet its needs, including a showroom, light assembly space and bicycle distribution center. Lauf expects to have about eight workers there within three years.

“The excellent culture of cycling and outdoor recreation in Harrisonburg became very evident when I visited Harrisonburg last year when I was able to drive through different parts of town and also on excellent gravel roads surrounding the city,” Skulason said. “With Lauf’s new distribution setup in Harrisonburg, we will be able to provide even better service to Lauf customers and with the introduction of the new Lauf Seigla yesterday – a revolutionary gravel bike – the timing of our installation in the States Couldn’t have come at a better time. We’ve had constructive dialogue with the Harrisonburg Economic Development team and look forward to further cooperation to put Harrisonburg on the map as a cycling destination. We really look forward to grow our business here in Harrisonburg.

Lauf, founded in 2011 and based in Reykjavik, sells its bikes worldwide directly to consumers. Its first product was a carbon leaf spring fork intended for gravel and cross-country riding.

Harrisonburg Director of Economic Development Brian Shull said, “We know this leader in the cycling industry will be a great community partner and bring tremendous visibility to Harrisonburg. The tourism and economic development benefits of Lauf’s presence here will be incredible.

Harrisonburg is located in Virginia’s Shenandoah Valley, approximately 100 miles southwest of Washington DC. It is home to 51,000 people.