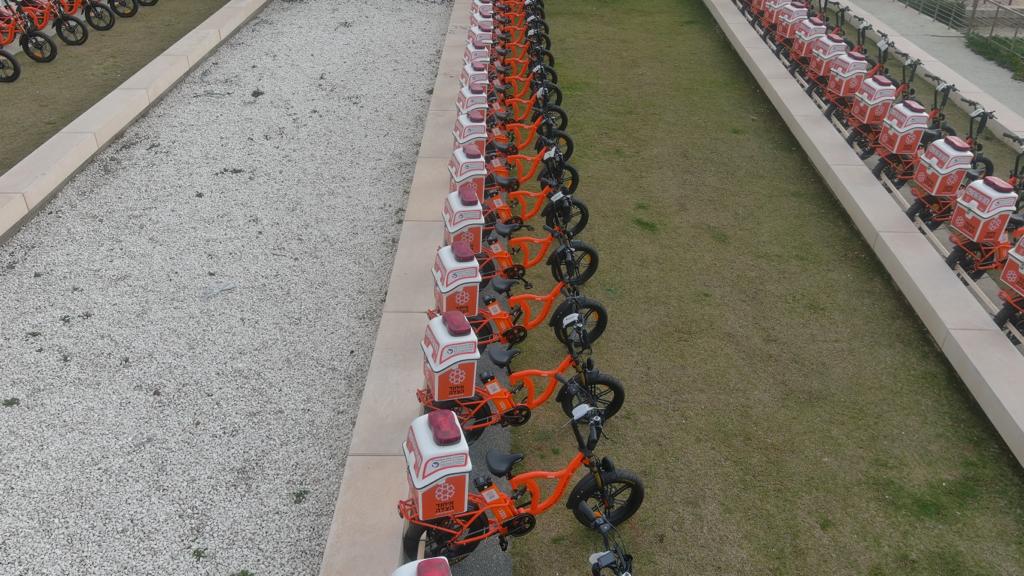 Jaffa – The International Community of Christians and Jews, in partnership with United Hatzalah, has inaugurated the first-of-its-kind emergency e-bike unit, which will enable more than 200 ETM volunteers and paramedics to respond to medical emergencies in less time, saving lives.

The new unit, which cost $2.5 million, includes 200 emergency e-bikes, each equipped with life-saving medical equipment, special safety features, lights and sirens, to enable responders using them to Quickly and safely cut through traffic and narrow lanes.

The activities of United Hatzalah’s life-saving volunteer network rely, among other things, on a fast, efficient and extensive transportation system. The benefits of e-bikes are also reflected as a reliable and available means of transportation for volunteers in places that are impassable for vehicles. They are relatively inexpensive compared to other means of transportation, which also adds to their effectiveness. The new bikes will be active in areas where the need and number of calls and for United Hatzalah are greater.

Just recently, paramedics from the e-bike unit rescued the situation at the scene of two different emergencies that do not allow quick access to the area with an e-vehicle larger than e-bikes. The first occurred in the alleys of Jerusalem’s Nachlaot neighborhood, where a child fell from a height, and in the second incident, a man lost consciousness in Jerusalem’s Old City. Their lives were saved thanks to the rapid arrival of paramedics on e-bikes who were able to access the narrow passages and stabilize their conditions. 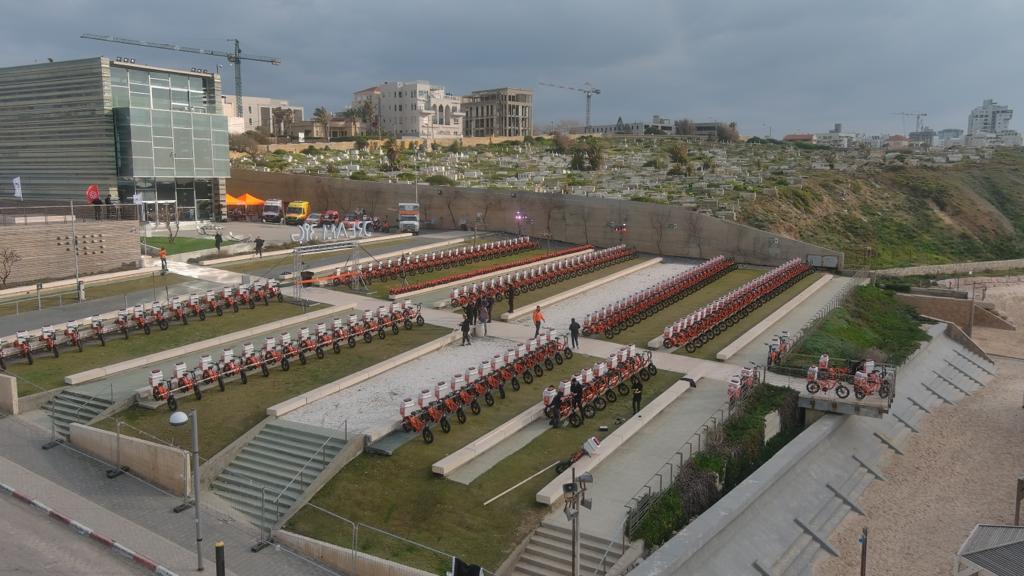 The inauguration ceremony was held at the Peres Center for Peace and Innovation in Jaffa in the presence of directors of United Hatzalah, directors of the International Fellowship, public figures and volunteers.

Fellowship President Yael Eckstein said, “Saving lives has always been a top priority for the foundation. I am proud to have established, with our partners at United Hatzalah, such a unity characterized by innovation and agility. I am especially proud that the new unit is named after my father, who dedicated his whole life to saving and helping people. I believe these new bikes will provide quality medical emergency response for many people in Israel. I pray that this unity saves many lives.

United Hatzalah President Eli Bir said, “United Hatzalah’s longstanding relationship with the community, led by the late Rabbi Yechiel Eckstein and his daughter, Foundation President Ms. Yael Eckstein, has helped staff diverse medical team of United Hatzalah over the years. Our paramedics are Jewish and Arab, male and female, religious and secular, and together they are saving lives across the country. It is our privilege that United Hatzalah’s e-bike unit is named after the late Rabbi Eckstein. We are delighted with the addition of the 200 bikes which will help save many lives across the country and dramatically shorten the time of arrival for those in need of urgent medical assistance.

United Hatzalah CEO Eli Polak said, “This is the launch of the first e-bike unit in the country. The unit exceeds Israeli safety standards and includes full rider insurance. Every volunteer riding an emergency bike will be able to significantly reduce response time as part of our network of emergency first responders located across the country. The vehicles allow them to circumvent traffic obstacles in congested main arteries and narrow passages. This is essential because every second of delay counts in determining the victim’s recovery.