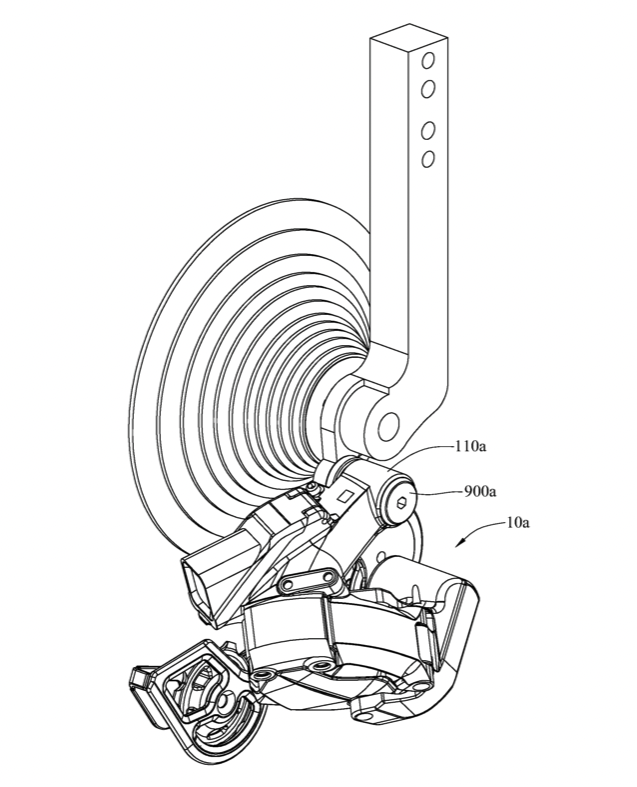 Recently published US patent applications show that Tektro – a brand known primarily for its brakes – worked on derailleurs and electronic shifters. The Taiwan-based company has filed more than 65 U.S. patent applications over the past 10 years, and at least two dozen of the most recent filings relate to derailleurs and shifters. Could Tektro be about to offer a major new transmission?

Tektro has several patent applications and has recently issued patents with descriptions and claims of mechanical rear derailleurs, as well as cable shift levers – although the latter are apparently for flat bars only, not drop bars. descent. No filings from Tektro were found regarding cable-actuated front derailleurs – either because they are not yet released or because the company adopts 1x setups for mechanical shifting.

I’ve combed through the company’s patent documents to provide insight into some of the intellectual property the company seeks to protect with respect to electronic transfer. Please keep in mind that patent drawings should merely support the description and claims of a patent application, and may bear little resemblance to the appearance of a finished product. Tektro’s US office declined to comment on the company’s patent filings, as is standard industry practice.

Electronic front derailleurs are the subject of several patent filings with Tektro, including one that was issued as a US patent in October 2021. There is no ambiguity here about the wireless setup: “In this mode In one embodiment, circuit board 1102 has an antenna 1103. Antenna 1103 is configured to receive shift signals transmitted by the brake/shift lever. It also details that the battery is removable to be changed or charged. 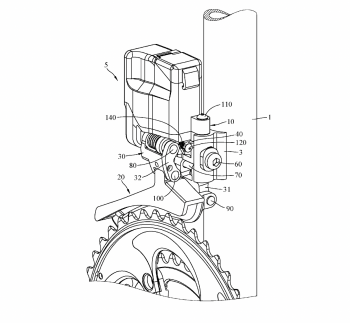 Several patent filings describe combination brake shift levers that include a battery, circuit board assembly, and antenna. In one version, these shifter electronics are housed in a module that plugs into the end of the handlebars, with a wire running to the shifter to receive signals from the shift switches. It is described as applicable to both road and flatbar setups, which would allow Tektro to create a single electronic unit that would work with both styles of levers. Shift switches are featured at various positions both on the side of the lever body and on the sides of the paddle behind the brake lever blade.

Tektro has thought of many electronic shifting details, such as an e-shift component replacement system that uses a phone app to pair shifters to derailleurs with new ID codes. Another describes and claims an authorization pairing system between electronic components that includes anti-theft functions. There is also a system to warn riders of low battery levels – both for the derailleur/receiver batteries and for the shifter/transmitter batteries.

Tektro has seen a surge in OE business recently, especially for hydraulic e-bike brakes. Industry sources tell BRAIN that Tektro has been able to fulfill orders where Shimano and SRAM could not, due to pandemic-related supply issues at larger companies. Those same supply chain issues are making new product launches particularly difficult right now, adding more mystery to what Tektro may have in the product pipeline.

Alan Coté is a registered patent agent and director of Green Mountain Innovations LLC. He is a former writer who has contributed to Bicycling, Outside and other magazines, and a former top racer. He also serves as an expert witness in bicycle-related legal cases. Nothing in this article should be taken as legal advice.