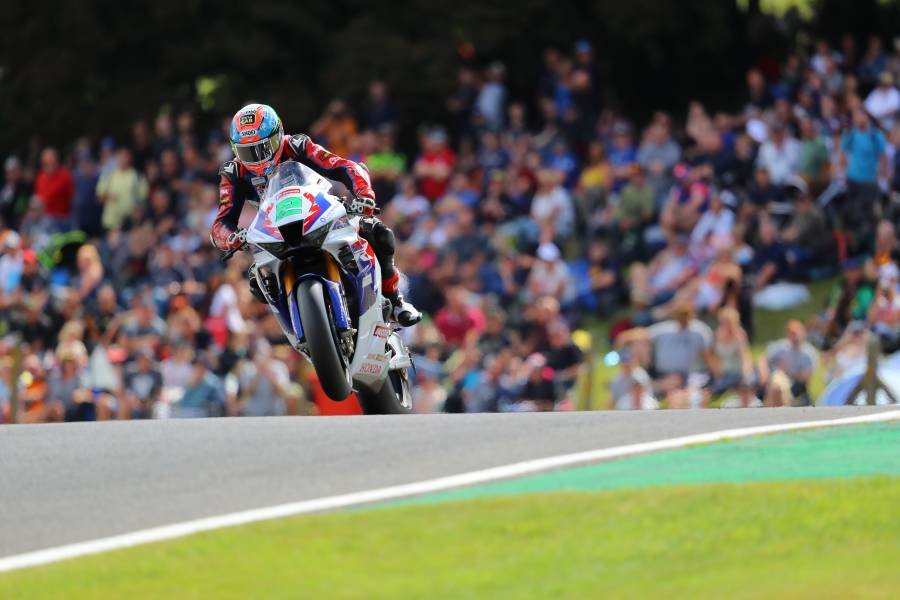 Cadwell Park posed challenges to the Honda Racing UK team this weekend as they tackle their home circuit for round seven of the British Bennetts Superbike Championship this bank holiday weekend.

The Friday night before the start of the weekend there was an official test, where Glenn Irwin topped the times with a stunning lap time of 1:26.130, lapping under what was the existing circuit record and setting the pace aboard the CBR1000RR-R Fireblade SP. However, at the end of Saturday’s combined free practice, Glenn was 15th and went on to fight for a place in Sunday’s Superpole.

With another day ahead of the team and four sessions before the afternoon’s eBay Sprint Race, Glenn again stormed to the top of the timesheets in today’s final practice, with a breathtaking time of 1:25.992, placing himself in Superpole, alongside team-mate Takumi Takahashi who had already secured a Superpole position after finishing ninth in Saturday’s top 12 SUPERPICKS.

Concluding Superpole with Glenn 10th and Takumi 12th, the Honda pair lined up on the fourth row of the grid ready for the 14-lap sprint race. Teammates Ryo Mizuno and Tom Neave were outside the top 12, although BSB rookie Tom broke the 1:26 barrier in qualifying, he lined up 18th, with Ryo 23rd.

The 14-lap eBay Sprint Race was red flagged on lap two after a crash on the mountain, which unfortunately saw Takumi fall. The race was restarted over a distance of 12 laps, but with the team still repairing the damage to Takumi’s fallen machine, he was forced to sit out, which was a blow to the winner of the 8 hours from Suzuka, which had shown real progress throughout the race. the weekend, and will start tomorrow’s Race 2 from the last place on the grid.

Meanwhile, during the restarted race, Glenn finished ninth claiming valuable points for his Showdown challenge. The points didn’t stop there either with Tom taking the checkered flag in 14th and adding more points to his tally. Ryo came home in 23rd.

Tomorrow, Bank Holiday Monday, the Honda team and all its riders will be back in action with two longer races of 18 laps at Cadwell Park.