Just like electric vehicles, e-bikes could benefit from tax credits to lower prices 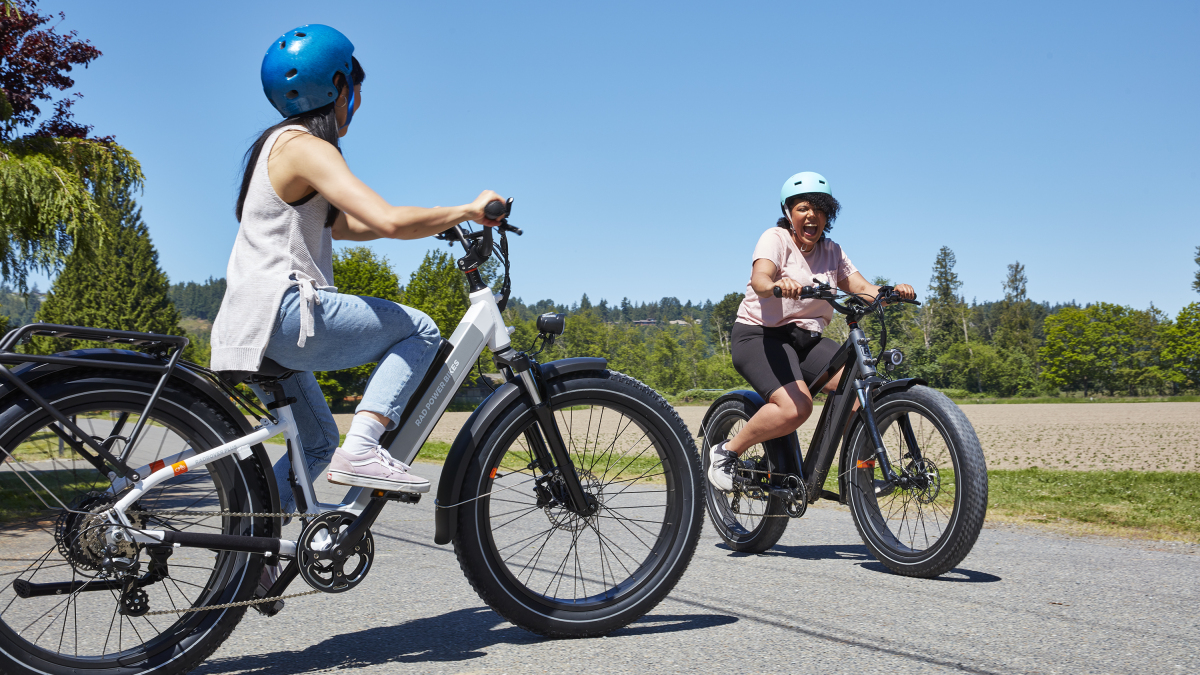 Just like electric vehicles, e-bikes could benefit from tax credits to lower prices

They share the same goal: to get more people using e-bikes and getting out of cars.

Electric vehicles, including plug-in battery cars and hybrid cars, are eligible for federal tax credits of up to $7,500. Both Tesla and General Motors have hit the cap of 200,000 electric vehicles sold and are no longer offering federal rebates. But the pressure is on President Biden to expand the cap, especially as he targets half of new car sales as zero-emission vehicles by 2030.

The E-BIKE incentive has a similar goal: to divert people from gas-powered vehicles.

For e-bike makers, who are eager for more battery-powered rides on the streets, the move could open up access to their pricey two-wheelers. The Ridepanda e-bike shopping website connects riders to e-bikes that cost up to $6,000. The company, which says their average e-bike is around $1,100, offers 27 e-bikes under $2,000. (That’s down from 34 when including high-end options.)

But there is a slight catch in the E-BIKE law. If successful, qualified bikes can only use 750 watts of power, well below the power of most of the more expensive options. For the lower price range, different brands list around 250 to 500 watts of power.

For Serial 1, Harley-Davidson’s e-bike company, the main reason to support the bill is so more consumers can afford their bikes. Its instant name recognition and lightweight, high-speed, and range options mean its e-bikes fetch nearly $5,600. Its cheapest commuter bike costs around $3,800. With discounts, these bikes become more affordable.

Jason Huntsman, president of Serial 1, wrote in an email: “Electric vehicles, like [e-bikes], are a crucial tool in giving Americans access to vital and sustainable transportation options. We support tax credits for all electric vehicles, including [e-bikes]which will help make electric vehicle options more affordable for all Americans.”

The Serial 1 goes up a hill in San Francisco.
Credit: Sasha Lekach/Mashable

Seattle-based Rad Power Bikes specializes in commuter and economy bikes with a power boost. His new bike, the RadRover 6 Plus, starts at just under $2,000. With its big tires for stability, 75kWh battery and custom motor for faster climbs, “people used to cars will be comfortable making this migration to e-bikes,” Redwood Stephens, Rad Electric Bikes product manager, told me before a demo ride in a park in San Francisco.

So also thinks Zachary Schieffelin, founder of Civilized Cycles. It’s launching the startup’s first 30-mile self-adjusting e-bike, the Model 1, later this year for $5,499. He wants to get cyclists out of cars and bikes, especially for shorter trips. He hopes an e-bike with rear storage, a comfortable seat and room for a passenger and a powerful suspension system will make it an easy change.

“Anything we can do to move those short trips to clean, quiet and efficient solutions like e-bikes is a good thing,” he wrote in an email. “Obviously this legislation will be good for our industry, but for the planet it would be great to see corresponding reductions in the huge subsidies that oil and gas companies have been receiving for years.” An electric bike with all the features
Credit: Civilized Cycles

Another bike maker, Specialized, which recently launched the lightweight Turbo Como SL, a pedal-assist e-bike starting at $3,300, defended an e-bike equivalent to the EV tax credit.

In February, when the House version of the E-BIKE law was introduced, Specialized CEO Mike Sinyard wrote in a statement, “Whatever e-bikers choose, we believe encouraging more trips to Cycling is an essential part of tackling the climate crisis.”

These are not just economic concerns, these companies argue, but environmental ones.

In California, adjusted e-bike prices are already approved for next year’s budget. Now, $10 million in funding is expected to be used to establish more programs to lower the cost of purchasing one of the state’s bikes. San Mateo County’s Peninsula Clean Energy Rebate is already offering rebates of up to $800. Other counties are also offering up to $1,000 for e-bike purchases, among other smaller discounts. Some incentive programs take income level into account when determining whether you qualify for rebates or credits.

Testing multiple e-rides in a congested, hilly, pothole-filled San Francisco neighborhood over the past few months (on the Serial 1, Rad Power Bike’s RadRover 6 Plus, and the self-adjusting suspension bike from Civilized Cycles), I saw how bikes can keep up with cars. You don’t feel like you’re on an inferior vehicle. I felt stable on the road, in control and as powerful as any motorist with my finger ready on the throttle for a boost of energy.

Hot cycling summer: 7 things to think about before entering the e-bike world

E-bikes are not just traditional bicycles with an electric motor. They can drive up (and down) hills, keep you from sweating too much, and inspire you to replace the short trips you would normally take with a car.

But even if riders are convinced, there’s always the upfront price – all of these bikes start at over $2,000. It’s reminiscent of when Tesla’s Model 3 was priced at nearly $40,000 before the end of 2019; electricity tax credits have brought it down to the more acceptable price range of $30,000. It’s a similar situation with e-bikes: a $3,000 bike with E-BIKE Act credits drops to $2,000. It’s a little more affordable for those with the cash to spare, but it certainly won’t make e-bikes accessible to everyone.